Ahead of Felipe Massa's final race in F1, F1i sat down with Rob Smedley, the man who has been closest to the Brazilian throughout his career at Ferrari and Williams 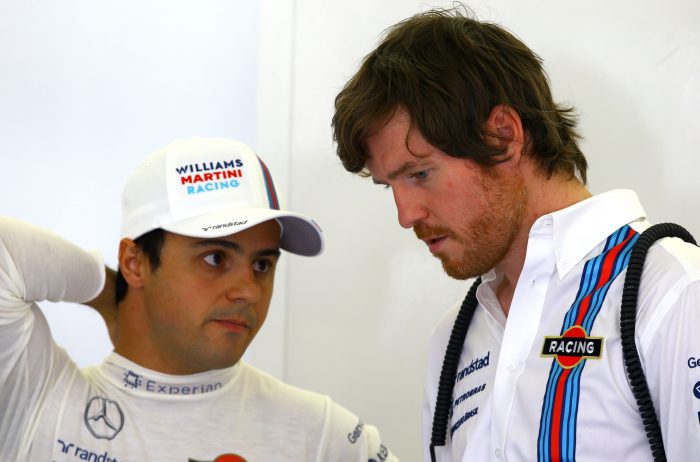 I’d obviously seen him and watched him during the 2002 season when he first came in. So I first took an interest during the 2002 season when he was in that Sauber and I was at Jordan as a race engineer. I kind of did a little bit of background on him - his speed against his team-mate - and it wasn’t always entirely obvious how good he was because he used to crash a lot. But one thing that was absolutely clear if you took the time to look at it was how quick he was. He was blisteringly quick, especially over a timed lap. That was his forte when he was a kid, it was the one timed lap special.

I remember saying to Eddie Jordan that he was really interesting and we should have a look at him and Eddie - one of the few times that he ever did - listened to me and got him in for a driver fitting and we were going to have a test with him. So I actually met him on the eve of the 2003 season. So I think he’d been fired from Sauber at the end of ’02 and he was free. I said to Eddie: ‘We’ve got have a look at this kid, he’s really, really quick’.

So he came in and had a seat fitting. Eddie said to me “Would you take care of the seat fit and we’re going to run him in some test over the winter”. So going into ’03, he came in and he was an immediately likeable character. He was really like as young as his years betrayed, maybe even a bit younger in the head. Very happy, very lively and I just liked him as he was more of a kid then and I just liked him from that point of view of being young and a bit refreshing to the sport.

Imagine that if he’d gone to Jordan, taken some Banco do Brasil money or whatever he had at the time, had a year there in a shitbox car, paled into insignificance and that would have been the end of Felipe Massa

Anyway, the test didn’t come off and Eddie signed Ralph Firman instead. Then Felipe got a contract with Ferrari as a test driver, effectively. He became their test driver for 2003, so that really was - and we often reflect on it - the luckiest escape that he’s ever had! Imagine that if he’d gone to Jordan, taken some Banco do Brasil money or whatever he had at the time, had a year there in a shitbox car, paled into insignificance and that would have been the end of Felipe Massa.

Anyway, it wasn’t. So he went to Ferrari in 2003 and then I joined Ferrari in 2004, entirely unconnected obviously, and he’d gone back to Sauber at that time. So I used to see him round the paddock and because we’d met at the end of ’02 I used to chat with him, and he’s very infectious. He was very infectious at the time, just a really young, likeable lad. ’04 and ’05 were really great seasons for him in the Sauber. I think he was starting to mature a lot, he was nowhere near the finished article but he was starting to mature a lot. He crashed much less, I think that was the biggest differentiator between his first season in 2002 and then in ’04 and ’05. He crashed much less and because he was able to keep it on the track was beating his team-mate. 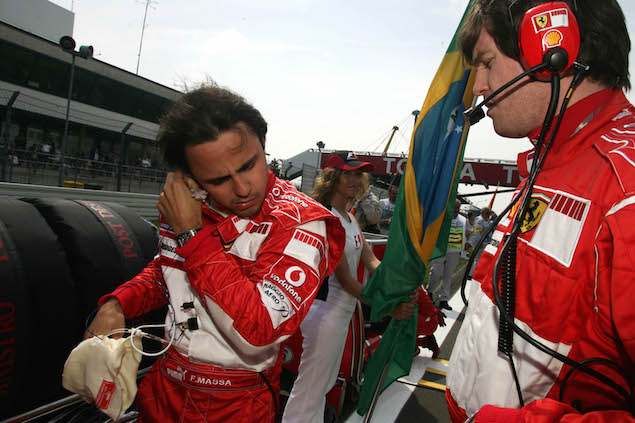 Then towards the end of 2005 he had a test in the Ferrari and it was apparently based on … I can’t remember the reasons for it but it then became apparent some months later when Ferrari signed him as a race driver. I wasn’t his race engineer to begin with actually, there’s another story behind that as well. His race engineer was a good engineer, a guy called Gabriele delli Colli. Effectively at the start of that season him and Gabriele didn’t really hit it off, so after the first four races I had to go and see Jean Todt.

I had to go to Jean Todt’s office, I’d only been at Ferrari for a couple of years and I’d spent as little time in Jean Todt’s office as I could. In there were Jean and Ross [Brawn] and they said to me: “We know you came to Ferrari because you wanted to stop racing”, which I did. I had a test team job, and I was really happy with what I was doing not he test team. I had kind of got sick of racing at Jordan in a short space of time. “We know you came to Ferrari because you wanted to go on the test team but what we’d like to do is we’d like to offer you a job back on the race team as Felipe’s race engineer. So what do you think?” 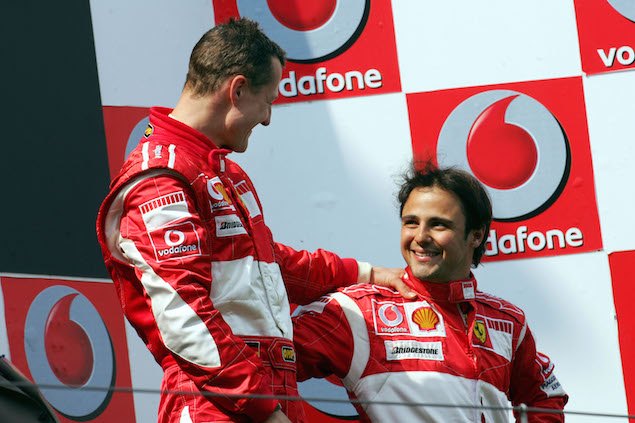 I went to the Nurburgring which was the first race. He’d had some fairly poor results and he just needed calming down, he was absolutely on the ceiling. I remember going to the Nurburgring and he was entirely agitated and nervous about his results and thought he had to beat Michael Schumacher and had to win races. I was like: “That will come, but you’ve got to do the groundwork first or you can’t do it”.

If I can be a-modest for a while, the thing that I probably did for him was set him realistic targets and say: “These are the targets and this is what we would like to try and achieve over the coming period”. And he just changed completely because somebody had put their arm round him and said: “You can do it. There’s an awful lot of work to do for you to be the finished product but you can do it and this is how we’re going to achieve it”. That first race we got a podium, Michael won it and Felipe got a podium and then it just clicked and things fell into place after that.

When F1 team-mates fight for the title

Under the skin of the McLaren-Honda MP4-31