Now an F1 pundit for Sky TV in the UK, Johnny Herbert was in many ways, the Daniel Ricciardo of his day; hugely talented and always smiling. We never saw the best of him as a terrible accident in a 1998 Formula 3000 race at Brands Hatch - which almost led to amputation - left him unable to run and lacking mobility in his feet, which affected his F1 career before it ever started. 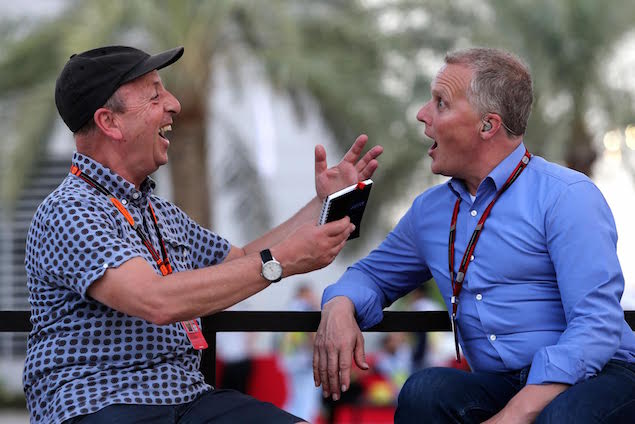 Are you having a laugh now with Sky?

I’m having a laugh because we’ve got a good group of people that have fun when we need to have fun and we’ve got the serious side when we need to be serious. That gels together and makes it really really good.  And I’m working with my old mucker Damon (Hill), of course we’ve been together since we started Formula Ford together, and Martin (Brundle) who’s the old hand at it and it all gels really nice with Natalie and Ted and everyone. I’ve been very lucky.

You’ve almost got enough former F1 drivers to make up a grid. Why’s that?

We’ve got a world champion, we’ve got a race winner, we’ve got two sports car world champions, we’ve got Bruno, nephew of Ayrton (Senna), and that talent can explain what this is all about, what it’s like being in the car, what happens when you’re in it. It’s a nice band of guys that haven’t got egos.

Ok, that’s enough of a plug for your employer. What else are you doing to keep yourself busy these days?

Most of the racing has stopped.

Do I want to go out there and chase for a drive? No, I haven’t got that desire now

When was the last time you raced a car?

Speed Car was the last proper racing I did. The big NASCAR things we ran in Bahrain and Dubai. They were ace, brilliant. They were the rawest...

Come on, they were just a piece of s**t on wheels!

That was what was brilliant about them. They were probably the worst cars we’ve ever driven but that made them even better. I think they had a 4 litre V8 under the bonnet.

Did you enjoy that?

Yes because we had an old fashioned gear stick, with an “H” pattern shift and it was brilliant. You did the old blip on the throttle like the old days when you changed down. The rear axle was actually held on by some steel chains which were bolted to the bodywork so when you braked, you could hear the chains rattling on the side of the bodywork. So that was probably my last proper bit of racing. Do I want to go out there and chase for a drive? No, I haven’t got that desire now. 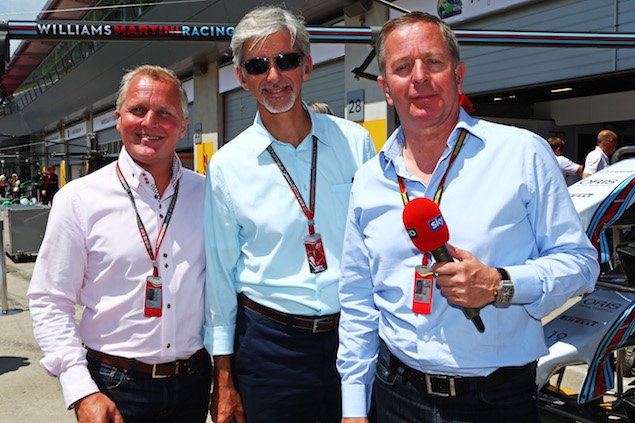 How old are you?

I’m 50. 51 this year. There comes a point for all of us when we know racing would have to stop. You try and hang on, but I didn’t want to be one of those who just hung on and hung on for the sake of being in it and then being at Le Mans and being in a Porsche GT, 10, 15, 20 laps behind a leading sports car. I didn’t see the point in that. I’ve always wanted to enjoy it. As soon as I lost the enjoyment, I stopped. I didn’t have that desire anymore so it was time to stop and just at that point, this (TV job) came up so the timing was absolutely perfect for me.

Is this your main line of work now?

Yes, it is. When I’m at home after a Grand Prix, we also do the F1 Show in the studio. Then it’s just spending the time I didn’t spend when I was racing with the family back home. My girls are 25 and 22 now and my wife didn’t see me that much when I was racing, so it’s nice to spend time doing stuff with them at home and helping them out. It’s nice that because the family part of life is something I missed. I missed their early years because I was always away.

Talking about the time you spend racing, your generation, you all took a little while to get to Formula 1.

It was normal then. 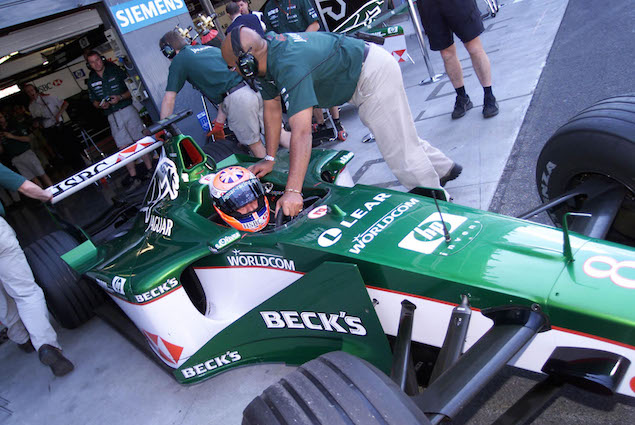 What do you think of a guy like Verstappen, who was 16 years old when he found out he was going to drive in F1 and is 17 now. In theory, he could go on for 20 years in Formula 1 and still not be old.

If he’s got the passion for it then why not? You’ve got to have the desire. I look at him at 17 and then I go back to when I did Rio (Herbert’s first F1 race in 1989) at the age 24. How big was the difference between us? Massive. He’s way ahead of where I was. He knows every nook and cranny about how this thing works because he’s done his karting bit and then, well not very much really, just Formula 3. But he was already at the Grands Prix as a kid when his dad was racing, so this is not new at all to him. The way they’re brought up now from a mentality point of view is very different from the very early karting days. All the young kids are in a factory kart team or a private team. When I was racing karts, we had a Morris Marina Ital with a kart on the roof and a 12ft caravan stuck on the back.

That’s how we went around Europe racing back in the day and that’s completely changed. Then you look at the training aspect: I didn’t have anybody who was there looking after me. You just sort of did what you thought was enough exercise. If you started panting in the car, you knew you had to do a little bit more. When you jumped to Formula 1, saying going from Formula 3 to Formula 1 like I did, it was pretty much going from 150 to 1000 horsepower, or as good as. I think my head fell off after my first 10 laps in a Formula 1 car!

But today, the kids are totally prepared physically. Preparation is just huge and because of that, stepping into a Formula 1 car for the first time is just another day of racing. There’s the extra pressure of it being Formula 1, yes, but overall, they’re more than ready for it. 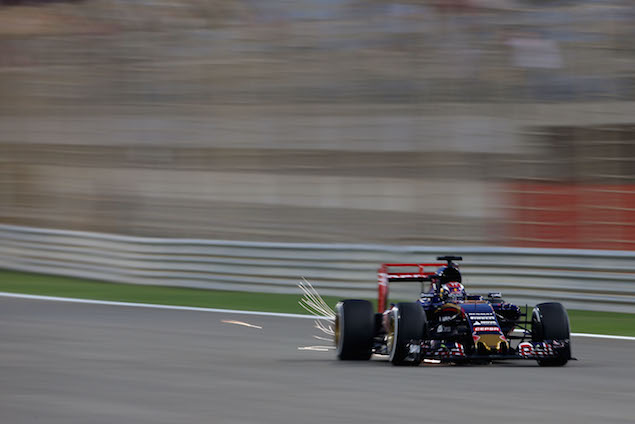 The pressures are different, aren’t they? Now they’ve got all the media pressure, the sponsor pressure.

They’re used to that. Even in karting they have it. I didn’t have it.

There were different pressures when you were racing because it was a lot more dangerous. When you made your F1 debut, your feet were a mess and you couldn’t walk to the garage. I remember you using a folding bike to get to the pits from the team office.

I could’t walk to the garage, no that’s true. But I don’t think the sport’s that much different. There’s more media stuff that’s out there now. Social media means everything is instant which wasn’t the case back in the day and we didn’t have the internet in the very early days. Whereas the current crop of young drivers has been brought up with all that technology and all that media coverage and exposure. But the pressures that they get are probably slightly different, because now, everything is analysed way more than it used to be, In the past, there was less press coverage and there was no social media whatsoever in those days. And on the technical side, there’s so much more data. When I raced, a lot of it was down to the driver and how you explained to your engineer what you wanted on the car. You decided to change the dampers, the springs, the roll bars, the wings and everything else. Today’s drivers still have an input but mainly, they give their information, it’s just thrown into a computer which delivers the best set-up for the car.

You could also lie about what had happened on a lap, when you were racing...

You could! You could! Absolutely. And if you made a mistake, no-one knew, because the data you got was so poor. So actually, the pressure on that front was probably a bit less, because sometimes you knew you could probably get away with it. You cannot get away with anything anymore and that’s an added pressure, but it’s a pressure that, again, they’ve been brought up with as they come through karting. I had no data screens and lap times on my steering wheel at all. Just my dad with an old Tag Heuer stopwatch. Now they’ve all got data for karting so they learn everything so much earlier and they absorb it much more easily than my generation ever did and that’s why you get someone like Max coming in, 17 years old and being able to do the job.

The youngsters now have great spatial awareness. They know exactly where they’re going to place the. It’s refreshing and good for the future. 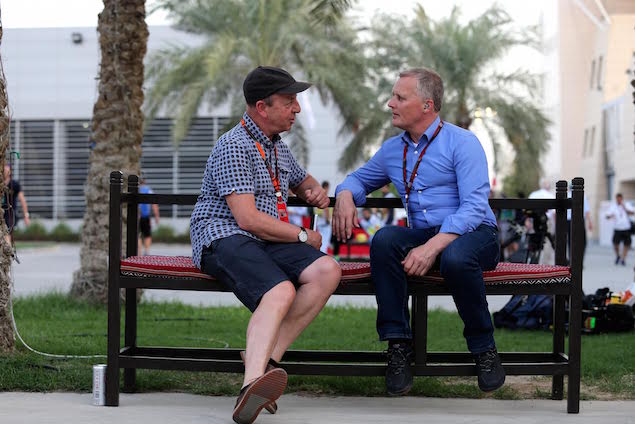 Mercedes and Ferrari: The development war