The first night race of the season offered Ferrari a good opportunity to challenge Mercedes, with Nico Rosberg and Lewis Hamilton heading to Bahrain with cracks appearing in the relationship once again. F1i looks back at how the race weekend unfolded and opens itself up to future ridicule by checking just how accurate its podium prediction was… 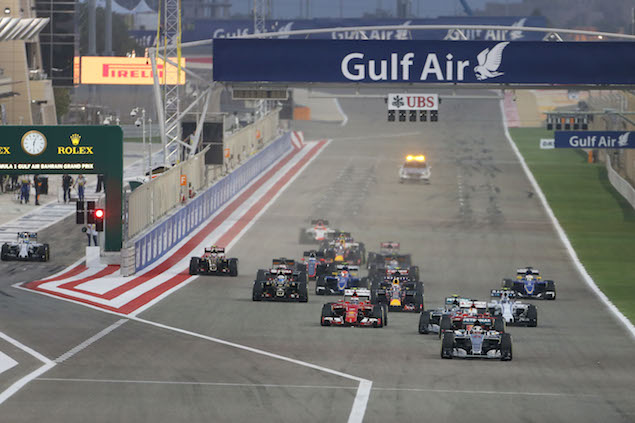 Lewis Hamilton led from pole and was never seriously threatened as the action unfolded behind him. Nico Rosberg climbed from fourth to second with some strong moves and eventually got the better of Sebastian Vettel after a strategic fight, before Kimi Raikkonen fought through on soft tyres as the Mercedes brakes started to fail. Raikkonen got Rosberg on the penultimate lap but ran out of time to catch Hamilton, while a damaged front wing caused Vettel to pit and limited him to fifth behind the Williams of Valtteri Bottas. Only one McLaren raced, but Fernando Alonso almost scored a point.

For once it’s not a front-runner who gets the F1i seal of approval this weekend, with Sergio Perez taking the accolade. The Force India seemed suited to the circuit in Bahrain and Perez was unlucky to miss out on a spot in Q3 but he soon hit back with ma easured drive which had hallmarks of some of the best from his Sauber days, managing the tyres impressively to take eighth place and his first points of the season.

Rosberg was in a confident mood before the race and it showed when the lights went out as he had to pass both Ferraris on track on numerous times. Vettel was dispatched on three occasions, but it was the second pass that was the most spectacular as Rosberg dived up the inside of the Ferrari under braking for Turn 1 while both cars produced a shower of sparks and narrowly avoided Hamilton who had just exited the pits. 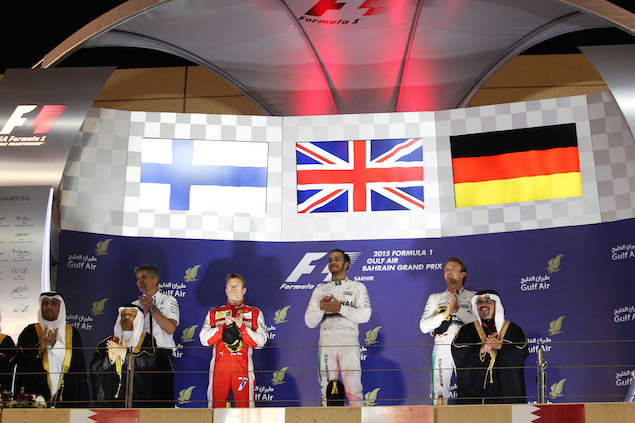