McLaren racing director Eric Boullier says that anything is possible when it comes to the future of the team's partnership with Honda.

Since the Woking-based outfit and the Japanese manufacturer renewed their successful partnership from the 1980s three years ago, performance has been massively disappointing.

Honda's power unit has not only under-performed, its reliability has been dismal, with few signs of improvement.

"The problem is that we do not just buy an engine," said team boss Boullier.

"Honda started with a clean sheet, with new regulations, and with Honda's good reputation.

"But we had no guarantee about the final product, because you can't forget that we do not pay for these engines," he added.

But the failure of the works collaboration so far has triggered a plethora of rumours, and a state of affairs which has star driver Fernando Alonso searching for greener pastures.

Belgian daily La Derniere Heure asked Boullier directly if it is possible a lawyer could get McLaren out of its contract with Honda due to poor performance.

"Before we go to the lawyer, we are in the intermediate zone, trying to find solutions," Boullier responded.

"I'm spending my time between England and Japan trying to influence them, but it's difficult.

"Their approach to F1 is: when everyone else goes to the right, we go to the left. It's extraordinary but it seems to work in the end, because Japan is still a great world power," said Boullier.

"But today it's about timing. They're going to get there, but instead of three years as you'd expect it could be six or seven years, and in the meantime you have to survive.

"As long as we progress it's ok, but then we backtracked so it became more complicated to motivate and to convince ourselves that we will get there," he added. 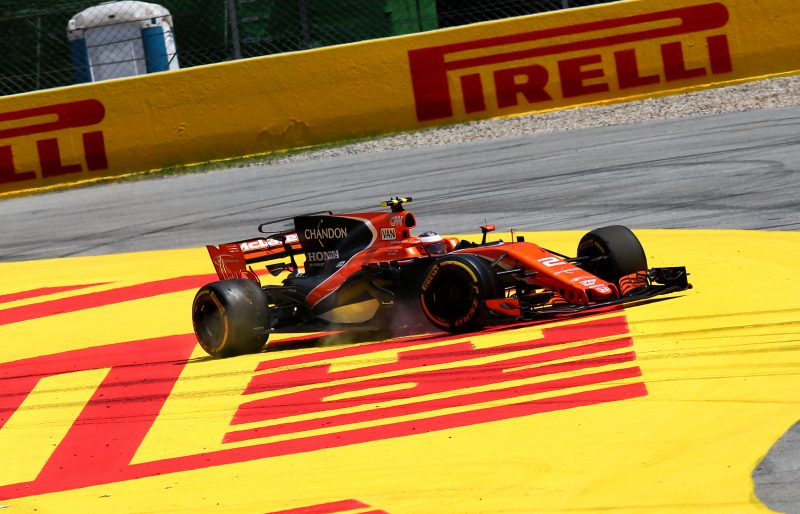 So when asked specifically if McLaren-Honda is definitely staying together beyond 2017, Boullier answered: "Everything is possible.

"What we are interested in is that it works, so that we are in a position to do what we want to do. But our intention today is not to divorce.

"I'm not going to make that decision," he insisted.

"It's for the owners of McLaren."

Perez seeking a return to the podium at Monaco

Gap between mid-field and front-runners is 'scary', says Hulk