The FIA has revealed the choice of tyres made by each of the ten teams on the grid for the upcoming Japanese Grand Prix at Suzuka on October 8.

Teams get 13 sets of dry tyres for the race. Everyone gets one set each of the three compounds offered by Pirelli for the event. After that it's up to each driver and their engineers to decide the distribution.

The three options available for Japan are medium, soft and supersoft.

Their respective team mates Valtteri Bottas and Kimi Raikkonen have also matched up: they take seven supersofts but one less set of soft tyres in order to pick up an extra set of the mediums.

On the other hand, Red Bull have gone for an aggressive strategy for both their drivers. Daniel Ricciardo and Max Verstappen will have nine sets of supersofts, leaving room for just three sets of softs and a solitary set of mediums.

With little to lose, McLaren go even more extreme and pack their assignment with ten sets of the supersoft qualifier, with just two of the soft compound.

The most conservative team is Force India, which will have just seven sets of supersofts to play with in Suzuka. They're complimenting that with three sets of soft tyres, and three of the medium - more than anyone else.

Force India often tries alternative strategies, pushing tyres as far as they can go in order to gain an advantage at pit stops. Sergio Perez has proved a particular expert at extending tyre life in the past.

Toro Rosso, Renault and Sauber all adopt the same tactic of nine supersofts, three softs and one set of mediums. The two Williams drivers takes one fewer sets of supersofts in preference for an extra set of softs.

At Haas, Kevin Magnussen is adopting the same approach as Hamilton and Vettel. However his team mate Romain Grosjean is taking a second set of mediums, and one fewer set of softs. 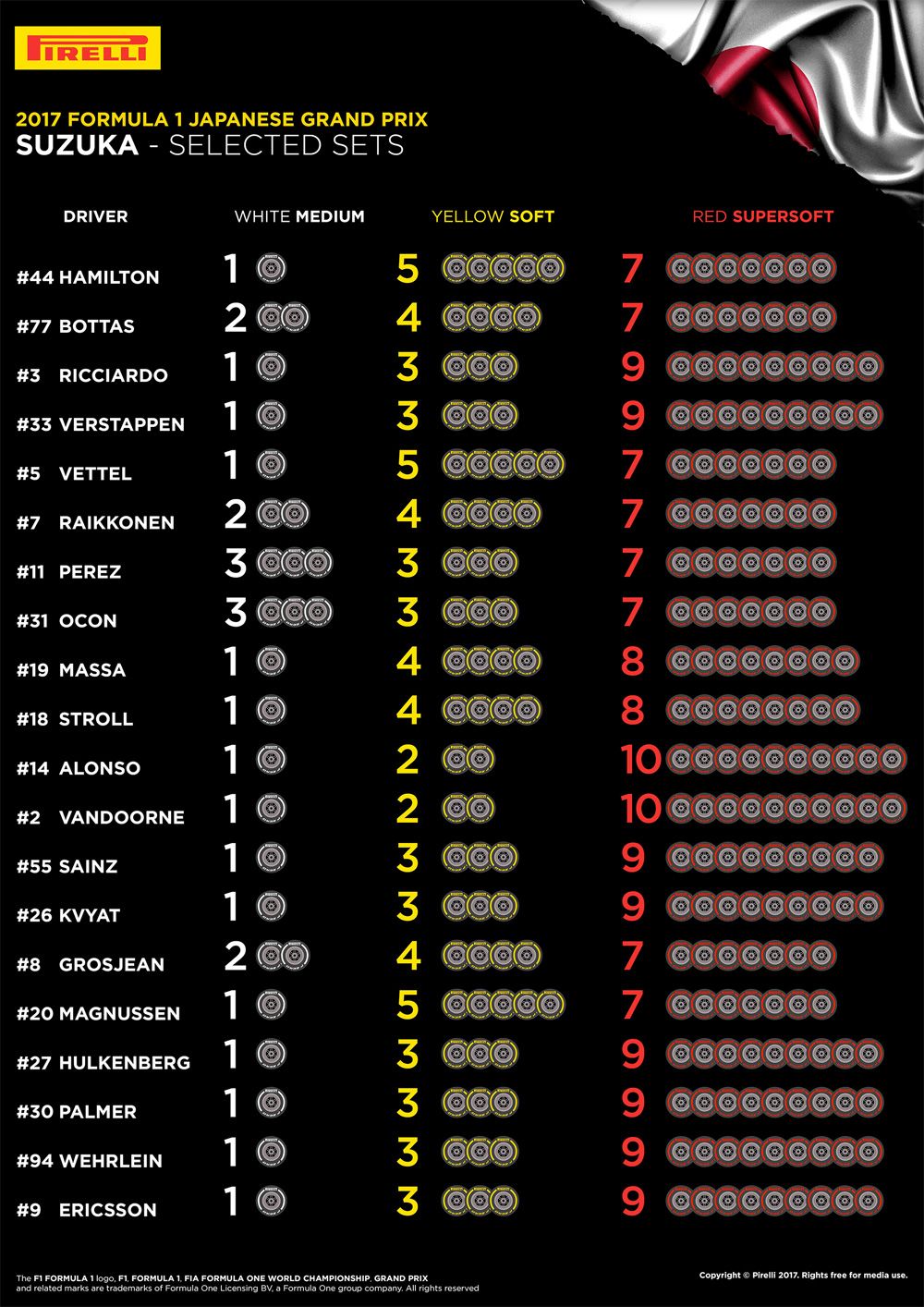 Lotterer joins Vergne at TECHEETAH for 2017/18

Gasly 'can't wait' to get to work in Malaysia