Formula 1 teams head to Suzuka right after Sepang and while the distance isn't overwhelming it's still a hug task to haul everything, and everyone, to the next race.

The epic, old-school Suzuka circuit is well-known for being one of the biggest challenges for tyres on the calendar, thanks to its high-energy loads.

Pirelli isn’t bringing its hardest tyre however, and has nominated its White medium, Yellow soft, and Red supersoft compounds.

These will have to cope with long and fast corners such as 130R – providing the longest continuous g-force loading of the year – and Spoon, which put the tyres under constant stress throughout the lap.

With fastest race laps that have been up to five seconds faster than 2016 so far, another significant improvement is expected in Suzuka.

A wide range of strategy options are available to find the best compromise between performance and durability.

"In the case of Suzuka, this is particularly pertinent as it’s one of the most challenging tracks for tyres of the entire year, with a very big emphasis on lateral loads that can cause thermal degradation if the tyres are not properly managed.

"This is also one of the reasons why the drivers enjoy Suzuka so much.

"With the cars traveling a lot faster through the corners this year under the new regulations with wider tyres, it’s very possible that we will see another lap record fall and some truly impressive maximum g-force loadings." 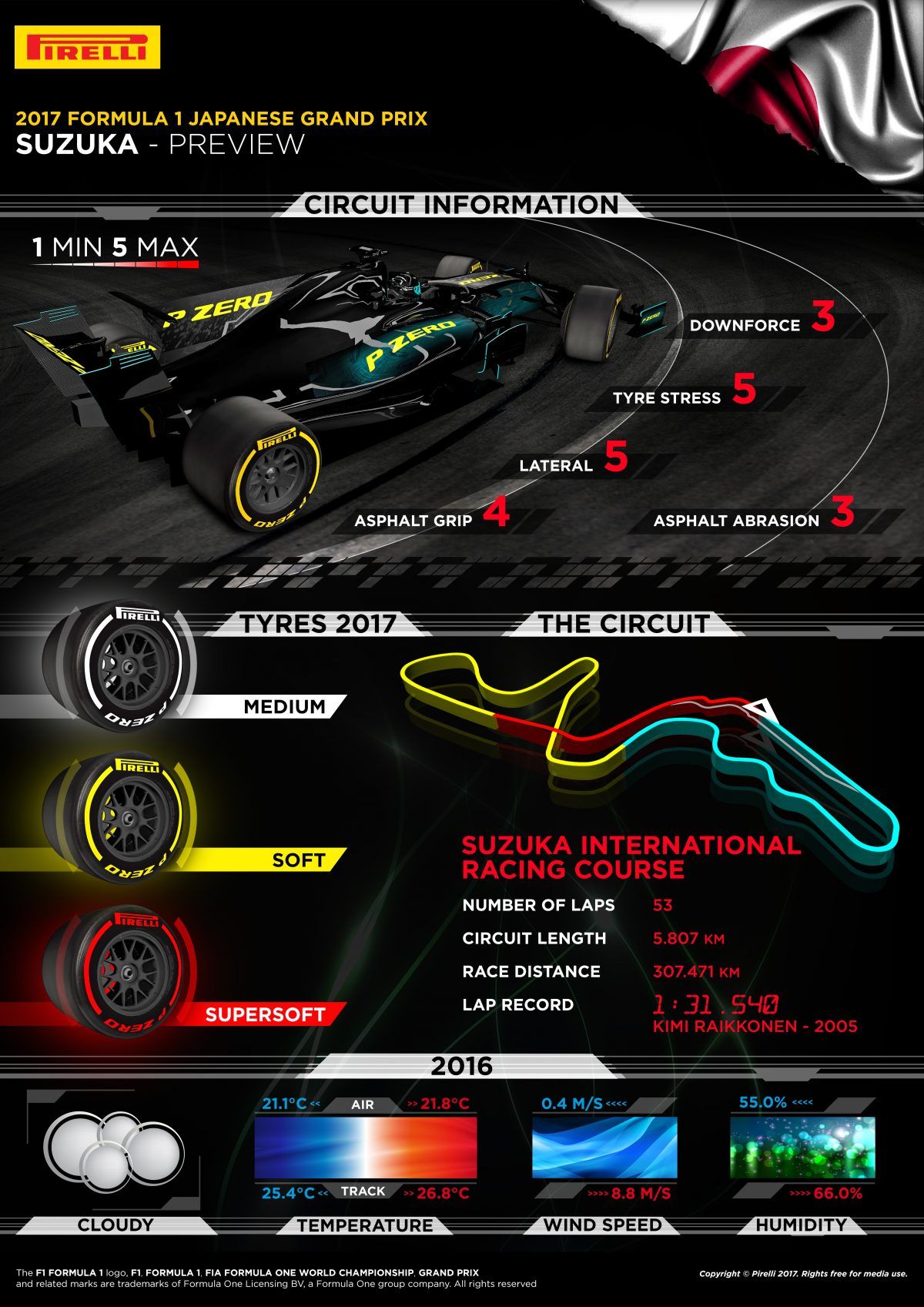 Scenes from the paddock - Malaysia

Renault will play fair and square with its rivals - Abiteboul