F1 world champion Alan Jones knows a great drive when he sees one and the 12-time Grand Prix winner has labeled countryman Daniel Ricciardo's performance on Sunday as one of Monaco's greatest triumphs.

Ricciardo's clean-sweep last weekend and his ability to pull off a win while battling a Red Bull deprived of 25 percent of its engine power following the failure of if MGU-K element left the Honey Badger's fellow Aussie mighty impressed.

"I thought it was an exemplary drive," he told Australian motorsport website Speedcafe.

"It was fantastic. The bloke dominated the whole proceedings from go to whoa.

"Even when it looked like he was in trouble with the power plant, he was able to hold on. That was a great drive, that will go down as one of the great drives of Monaco."

"The thing is it's hard enough circulating Monaco, inches away from the Armco without having to manage the mechanical mishaps of your car and put up with a driver crawling up your backside for majority of the race.

"If I was Daniel I'd be extremely proud of that drive," he admitted.

"That's something he will remember for the rest of his life. Monaco is probably the most prestigious Formula 1 race and he's done it. That alone and the way which he did it was fantastic." 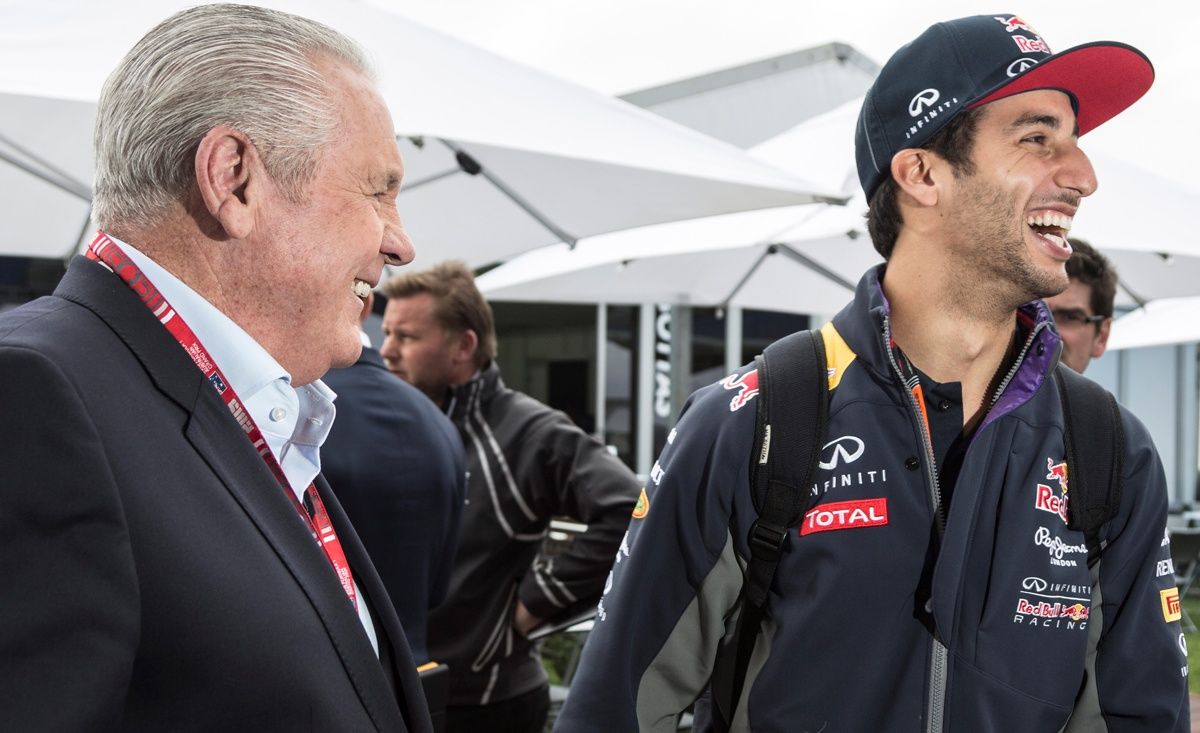 Jones also believes Sunday's win is a timely boost for Ricciardo as he ramps up his contract talks for his future. The 71-year-old former driver offers his view on where he hopes his countryman will head next.

"I think his timing is absolutely perfect," said Jones.

"He couldn't have done it at a better time, it will certainly add another nought to his Red Bull contract if nothing else.

"I've said all along that Red Bull has got the best chassis mechanically, the mechanical grip of that car is fantastic.

"The only thing Daniel could possibly wish for now is to put a Merc in the back of it or a Ferrari engine and the likelihood of that is not going to happen.

"I've said all along I'd love to see Daniel in a Ferrari because of his heritage. I think he's just a good Ferrari type driver."