Formula 1 CEO Chase Carey says the sport has made undeniable progress since it was taken over by Liberty Media at the end of 2016.

Two years ago, F1's commercial rights holder set about on improving the show, both on and off the track, and while much work remains to be done, Carey believes Grand Prix racing is definitely on the right path.

"Still, we're on the right path to improve the show both on and off the track. We've seen a couple of good races and the competition at the top is very close."

Attendance figures are on the rise, which in turn helps Formula 1 improve and sustain its fundamentals, a precursor to further transformation of the sport down the road.

However, for Carey - who is also the Executive Vice Chairman of 21st Century Fox - it's all about the action, and the heroes.

"It's interesting that people came up to me in Germany to tell me that it was more fun than two years ago," he added.

"Partly because there were so many fans this time. You see, Formula 1 is about heroes who spark the imagination, kind of like in the movies.

"You have strong brands and important teams, but in the end, it's all about the drivers as the main characters.

"Max Verstappen is a hero because of his driving skills, that's something that touches and inspires people."

Speaking of drivers and heroes, Carey hopes to see one young talent join the F1 grid in the not so distant future: Mick Schumacher, a legendary surname that would likely do wonders for the sport's audience, especially in Germany.

"The role of Michael Schumacher is still big in F1 nowadays. He is and remains an icon for the sport," said the American executive.

"It should be easier for young drivers to move on to Formula 1, it would be special if Mick also had that possibility."

Brundle: 'A travesty if Sainz doesn’t get a strong drive' 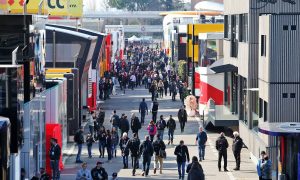 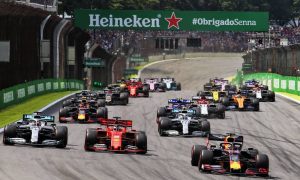