Haas drivers Romain Grosjean and Kevin Magnussen put in a good day's work at Spa to score a double-points result for the US outfit for the second straight race.

Both drivers were clear of the first lap chaos at La Source that claimed four victims, with Grosjean heading into the hairpin well ahead of the trouble while Magnussen picked up two spots following the contact between Daniel Ricciardo's Red Bull and Kimi Raikkonen's Ferrari.

Save for Max Verstappen overhauling Grosjean just before the safety car was deployed and Valtteri Bottas eventually overpowering the Haas duo, the Frenchman and Magnussen held their own all afternoon, negotiating the pit stop rotations without any major drama to clock in seventh and eighth at the checkered flag.

"That was about what we expected today," said Grosjean.

"We knew the Force Indias had the same pace, if not a bit quicker, so it was difficult to stay with them.

"They were quick on a straight line. I’m pretty happy with how the race went, and I’m happy Kevin was there as well.

"We did the best we could. Two cars in the points – in seventh and eighth – that’s really good for the constructors’ championship.

"It was a lot of points for us and zero for some others, so that’s a positive from this race."

Indeed, Haas has closed in on 'best of the rest' rival Renault, with just ten points separating the two teams. 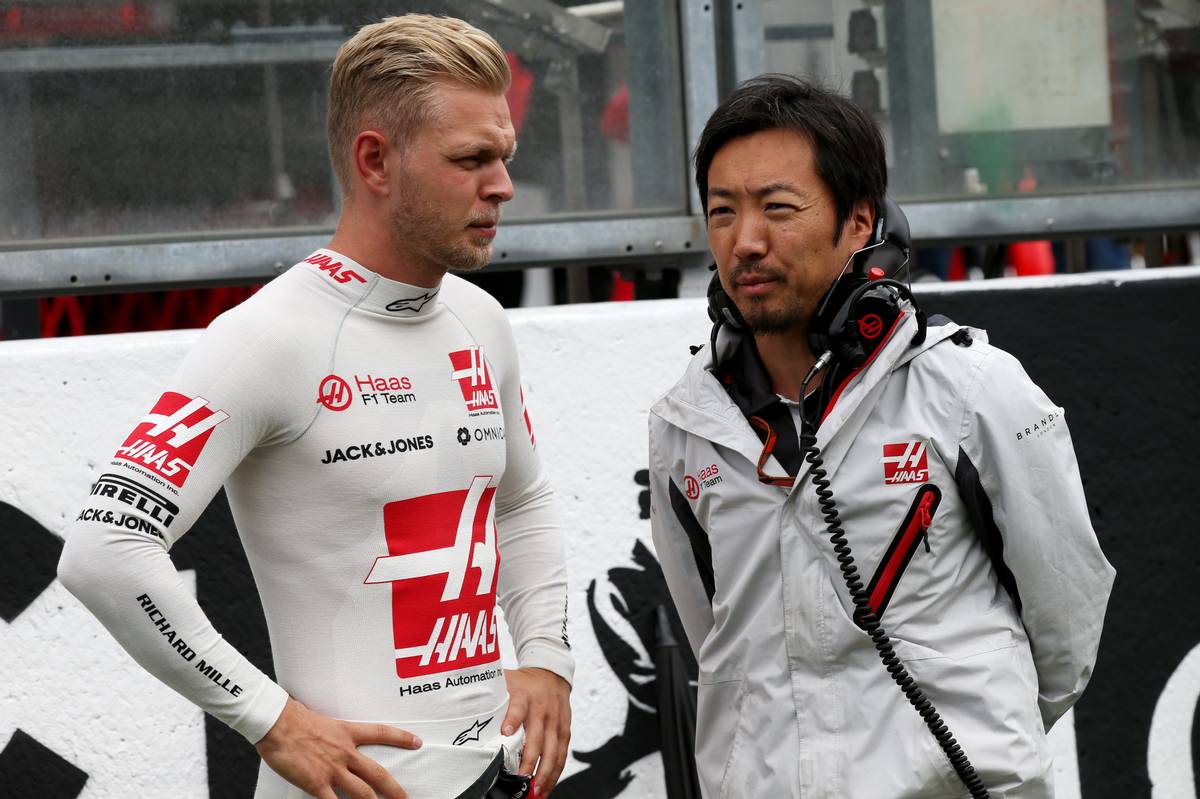 "We scored points with both cars, which was the goal for today," added Magnussen.

"We did everything we could. In the race, I lost a lot of time around the pit stops, which was unfortunate but, even so, I don’t think I could have fought the Force Indias.

"It would probably have just been a swap between me and Romain. We’re catching up on Renault, and that’s the target. I’m really just happy for the team.

"We can be pleased with the result today. Scoring 10 points on a day when Renault didn’t score any points – that’s important."