Lewis Hamilton says that his 70th Grand Prix victory is one of which he is least proud in his Formula 1 career.

That's because he feels he didn't really deserve it, after it was handed to him as a consequence of Mercedes team orders that he never asked for - and actively argued against.

“It’s honestly the strangest day I can remember having in the sport, in my career to be honest," Hamilton said after the subdued podium celebrations.

"It's never, ever in my whole life, ever been the way I wanted to win a race," he continued. "It’s definitely a win on my list of wins that I’m least proud of."

Mercedes made the call to swap the track positions of Hamilton and his team mate Valtteri Bottas on lap 25 in order to protect against a threat from Ferrari's Sebastian Vettel.

“There was obviously a team call,” Hamilton explained. “There were obviously discussions before about what may or may not happen.

"That is something the team feel is right for us to do. It is a very awkward position to be in," he said. "I just made sure, I said to Valtteri, I assured him that it was not something I asked for."

Hamilton said he had simply asked for Bottas to up the pace, not to be told to hand over the position wholesale.

"Honestly, when I got the call that they had said that to Valtteri, I don't know if you heard me, but I just said: 'Tell him to speed up'," Hamilton told reporters.

"So they told me on the radio that Valtteri is going to let you go, which is not what I wanted," he insisted. "I just said 'tell him to speed up' because I had Sebastian on my tail and it was getting quite close.

"Naturally, passing him didn't feel good in that instance in Turn 13," he sighed.

Once the threat from Vettel subsided and the Mercedes 1-2 was assured, Hamilton was half expecting to get the call from the pit wall to restore the former situation so that Bottas would have his deserved victory. But instead, Bottas was told to hold station to the finish. 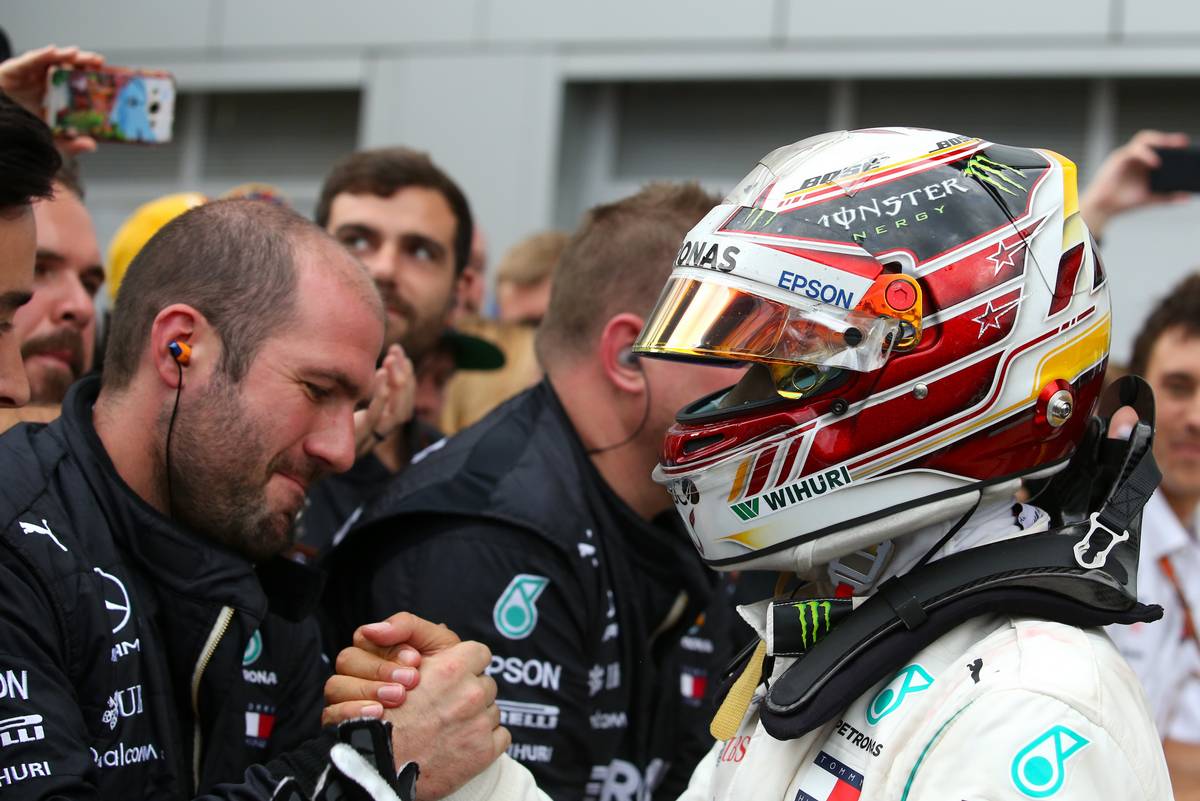 "Honestly it's very, very hard to find the right words," he continued. "It's a very strange feeling. We've had a 1-2, we've dominated as a team this weekend, the team has done an incredible job.

Hamilton called Bottas a 'real gentleman' for giving up a certain victory in the cause of the championship battle.

"There's not many teammates that would do something like that," he said. "Valtteri has done an exceptional job all weekend and did a great job with qualifying yesterday and you could see how happy I was for him there.

"Naturally you want to extend the championship lead and we are a team, yet there's two championships, a team championship and a drivers' championship, so it's quite a conflicting season and team effort."