Force India's Esteban Ocon and Sergio Perez raced in tandem all afternoon on Sunday, the pair rounding off the top-10 after they were unable to overhaul the faster Haas of Kevin Magnussen.

Ocon lost a position to Leclerc at the start before spending the better part of 25 laps hot on the heels of Magnussen.

His inability to mount an attack on the Haas driver prompted the Force India pitwall to order a swap between the pink cars and allow a faster Perez to have a go at the Dane. To no avail however as the Mexican was just as unsuccessful as his team mate at gaining an edge over Magnussen.

"Ninth place today is not too bad, but we hoped for more and I think we had the pace for more - certainly to be in front of the Haas," reckoned Ocon.

"It’s a bit of a shame because the team swapped positions [with Sergio] to give us each a chance to attack Kevin but it was very difficult to overtake, even with a longer DRS zone.

"Even at the start I lost out to Charles [Leclerc] because I was fighting with Kevin and ultimately it was one of those days when things didn’t really go in our favour.

"Considering what happened in the race it’s good to come away with both cars in the points." 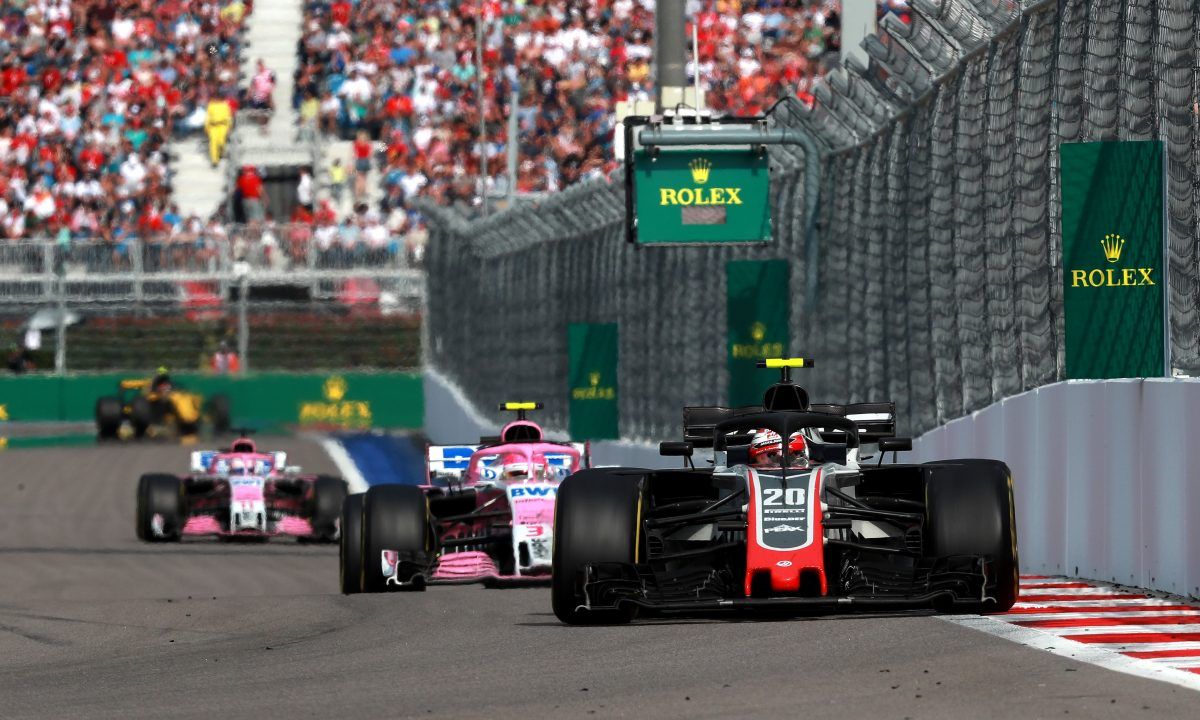 Perez admitted his efforts to force the Haas roadblock also came up short.

"We tried everything as a team today: trying to push all the time and it’s a bit disappointing not to maximise the points we could have scored.

"We swapped positions because we thought I could put more pressure on Magnussen, but I couldn’t get through. Our race wasn’t the most exciting and in the end we could only follow each other."

Asked by Sky F1 if the Haas should be considered as Force India's main opponent for the rest of the season, Perez noted that Sauber's Leclerc had been even more impressive in Sochi.

"The Sauber came from nowhere and beat us massively today, they have done an incredible job," said Perez.

"I just saw him [Leclerc] on the first lap and then he disappeared, so massive surprise and let's see what happens at Suzuka on a different track. Hopefully we can be a bit more competitive there.

'Not what I wanted' says Hamilton of 'least proud' win

Magnussen relieved to fend off Force India for Sochi points