A bewildered Fernando Alonso was at a loss to understand exactly why he was given a penalty in Sunday's Japanese GP after he was sent onto the grass by Lance Stroll.

The McLaren and Williams drivers were dueling as they approached the chicane on the opening lap of the race. Stroll passed Alonso but then defended his position, forcing the latter off the track.

The move led to the Canadian being handed a five-second penalty. But Alonso, who ran across the gravel at the chicane instead of using the escape road, gained a position on Stroll.

This would ultimately lead to the Spaniard's bone of contention with the stewards after he too was handed a five-second penalty for gaining an unfair advantage.

"Even when the driver comes to apologise I think it's difficult to understand the decision but you know, this is how bad Formula 1 is," said a baffled Alonso who criticized the "randomness and pure consistency" of the stewards' calls.

"You are braking on the outside at the last corner, and one guy didn't see you and came here to apologise after you go on the gravel, and you get the penalty. It's a shame."

"He [Stroll] didn't see me. If he sees you and pushes you on the grass it's another thing, but it was just an unfortunate situation in a race situation," he added.

"It doesn't change much because instead of 14th maybe you finish 12th, but it's the way it is." 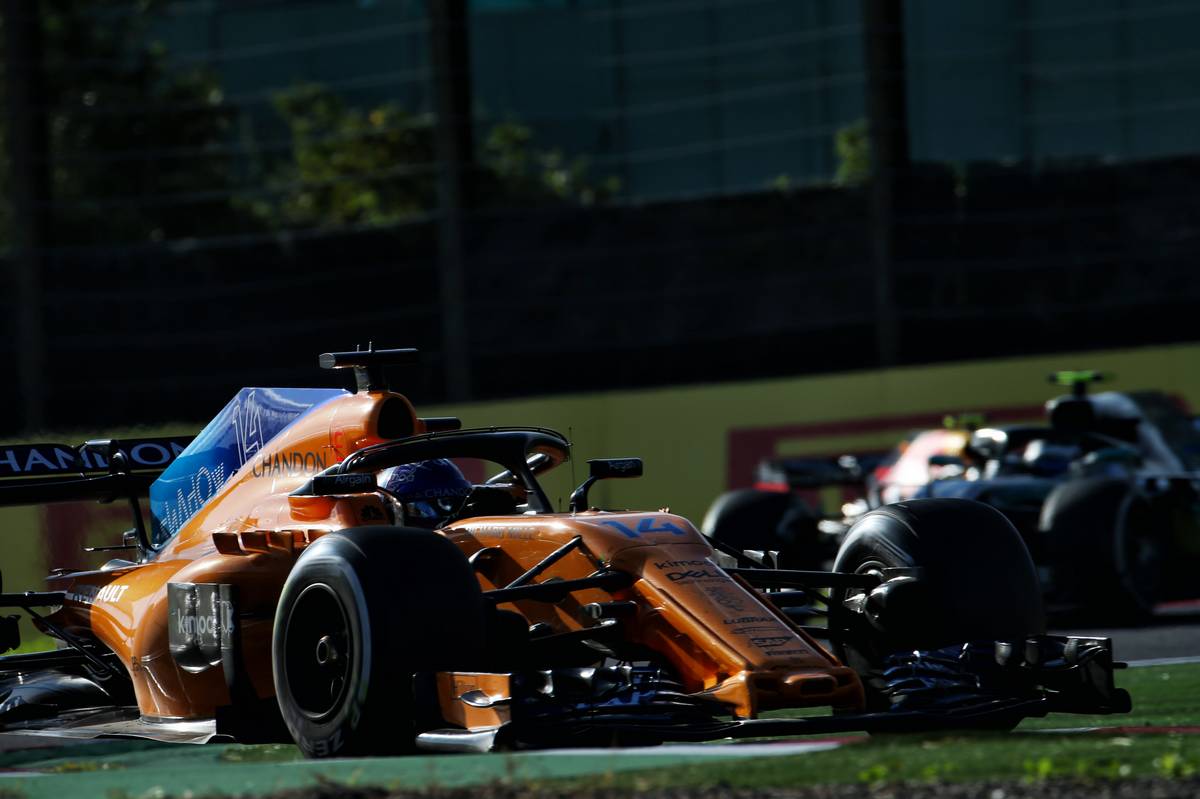 FIA race director Charlie Whiting supported the stewards' decision and explained the logic behind it.

"I think the stewards felt it was perfectly clear what Fernando did. He cut the chicane, drove quickly across the gravel, came back on well in front," Whiting said.

"I think that was pretty clear that he had gained an advantage by leaving the track. The stewards however felt that Stroll had actually forced Fernando off.

"You couldn’t say that because Fernando was forced off, he was entitled to cut the chicane. He wasn’t. He shouldn’t have taken the place by doing it.

"But equally, Stroll shouldn’t have pushed him off the track. They felt that each driver should be given a five-second penalty for two separate offences."

Whiting said that Alonso should have corrected the situation by immediately giving the position back to Stroll.

"If he’d given back the position, I don’t think Fernando would have been penalized," added Whiting.

"That would have been straightforward. I think the second time he did it, he did give the place back to Brendon Hartley, but he didn’t on that occasion."