Charles Leclerc worked hard to build his mental strength, but the future Ferrari driver admits the process was fast-tracked by personal tragedies and the heartbreak they instilled.

The 21-year-old's maiden season of F1 has been a resounding success, with the Monegasque fulfilling with Sauber the promises shown during his formative years in motorsport.

His impressive performances that have earned him a drive with the House of Maranello in 2019 reflected his outstanding skills but also a maturity and inner-strength honed over the years in large part by his very personal experiences.

In 2015, the passing of Jules Bianchi - his mentor and close childhood friend - hit Charles hard, but his father's lost battle with illness two years later - in the middle of his championship year in F2 - was a massive blow.

Both men were instrumental in inspiring Leclerc, he ultimately used the personal tragedies to toughen up his character as a racer as he explained to F1's Tom Clarkson in the latter's 'Beyond The Grid' podcast.

"I think that when I first started racing, my weak point was my mental strength," he admitted.

"I think I was quite weak mentally, very emotional, and that was not great for me. Since the beginning I felt that it was my weakness and I started to work on it with Formula Medicine and then with the Ferrari Driver Academy, who have also some mental trainers for different types of situations.

"But definitely there will never be any training to react better in a situation like losing a parent. I definitely became a lot stronger mentally, firstly thanks to that, but then there was also quite a big loss which was the one of Jules.

"That was extremely hard to take but then, because of this, the whole situation also made me stronger mentally. 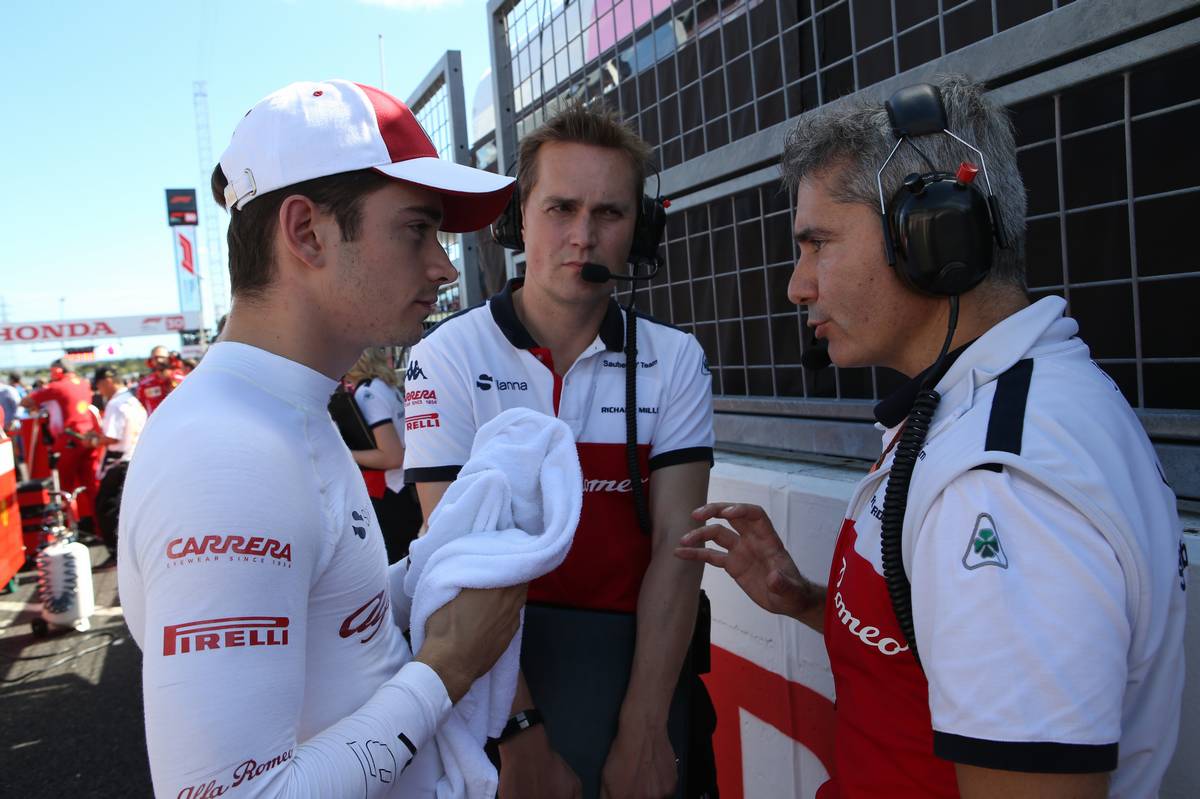 "When my father passed away it was also extremely difficult but somehow with all the work I’ve done for racing especially, it has helped me also in a personal situation like this.

"If you asked me now what is your biggest quality it is probably my mental strength, which turned from a weakness into my biggest strength."

Moving to Ferrari after just a single year in F1 is a rare accomplishment, and yet Leclerc is taking it in his stride without any excessive pressure.

"I’m not a nervous person, there are tensions in this sport and at the start, there is adrenaline, but I would not say it is nervousness," he said.

"If you ask me about the pressure, I think I can handle this because I have a mentality that I don’t feel the pressure at all.

"I know lots of people say, ‘yeah but the pressure in Ferrari is on another level’, but my mentality allows me to take off all the pressure.

"I don’t really take into consideration what people are expecting from me. The only thing I do is focus on myself and try to give the best possible performance on track."

Leclerc is facing a tall order with the Scuderia, where he will be flanked by Sebastian Vettel, a four-time world champion. He's convinced he'll be up to the task, and so is the majority of the F1 paddock.

If for any reason he fails to deliver, he expects Ferrari to let him go just as fast as they picked him up.

"I’m also very honest," he said. "If I’m not good enough next year, I should be dropped by Ferrari and this would be completely understandable for me. This is how I see it.

"If I’m good enough, I deserve to stay there. If I’m not, I deserve to be left off and I think that takes a lot of pressure off my shoulders."

Verstappen 'wrong to blame only Renault' for problems - Bell