Toto Wolff has described Michael Schumacher as one the "founding fathers" of the Mercedes AMG F1 team's resounding success in Grand Prix racing.

On the day of the F1 legend's 50 birthday, Wolff paid a heartfelt tribute to Schumacher and to the instrumental role he played in establishing the pillars of Mercedes' amazing prosperity in Formula 1.

"Michael is one of the founding fathers of the success we have had in the last five years," said Wolff.

"There is no other driver like him and his vast experience contributed tremendously in the development of our team.

"He played a crucial role when we rejoined F1 and was one of the people who laid the foundation for our future success. We're extremely grateful for everything he did for us."

Wolff recalled his very first encounter with Schumacher, and how he felt in awe of the great champion when they met.

"I remember when I first met Michael back in 2012, it was on a flight from Zürich to Singapore," said Wolff.

"He was sitting next to me and asked me if I was up for a game of backgammon.

"I think that I'm a decent backgammon player, but he absolutely crushed me in the first two rounds because I was so star-struck.

"Once I was over that, my game improved, and we ended up playing and talking for the entire flight.

"We had a really good and honest conversation and when we landed it felt like I had known him for much longer than I actually did." 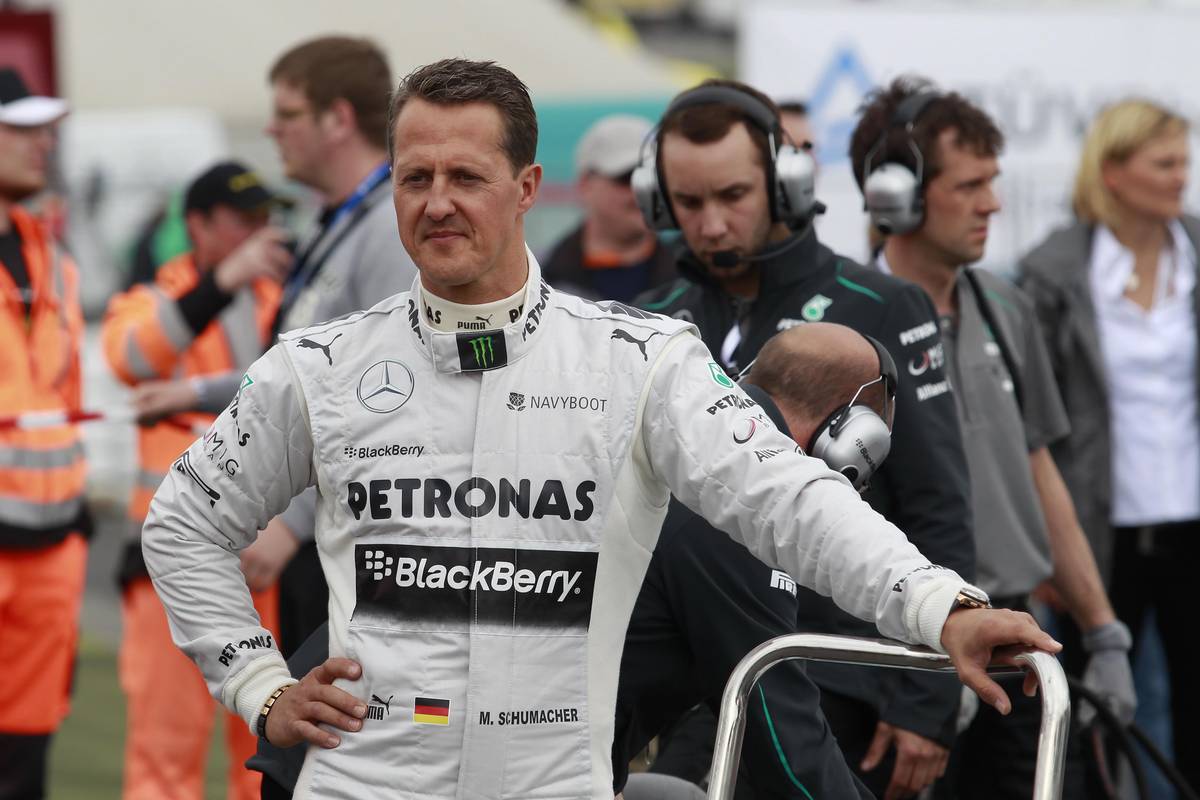 The Mercedes boss also paid a tribute to Schumacher's legacy and the enduring effects of career as a Grand Prix driver.

"Michael has had a tremendous impact on Formula One," said Toto Wolff.

"Not only did he set an incredible record - a record that is yet to be beaten - but he also shaped and changed the sport forever.

"As a driver, Michael took Formula One to a whole new level with his attention to detail and his technical knowledge.

"He did everything with great determination, from his engineering debriefs to his physical training, and was always searching for new ways to improve his on-track performance."

A 21-picture salute to Michael Schumacher