Lewis Hamilton feels the heavily revised W10 that Mercedes rolled-out on Tuesday was an improvement over last week's specifications.

The German outfit was a low-profile runner during the first week of pre-season testing, with Valtteri Bottas revealing that its 2019 was not handling as well and as consistently as expected.

On Tuesday, the Silver Arrows squad fielded a W10 that incorporated a big aero upgrade package that included changes to the car's nosecone, front wing and to various floor elements.

"We got through our run programme and the car was feeling relatively good," said Hamilton.

"It was an improvement from last week which is a good step. The tyres are also working a better now that the track temperature is a bit higher.

"We have to continue to analyse everything and keep pushing." 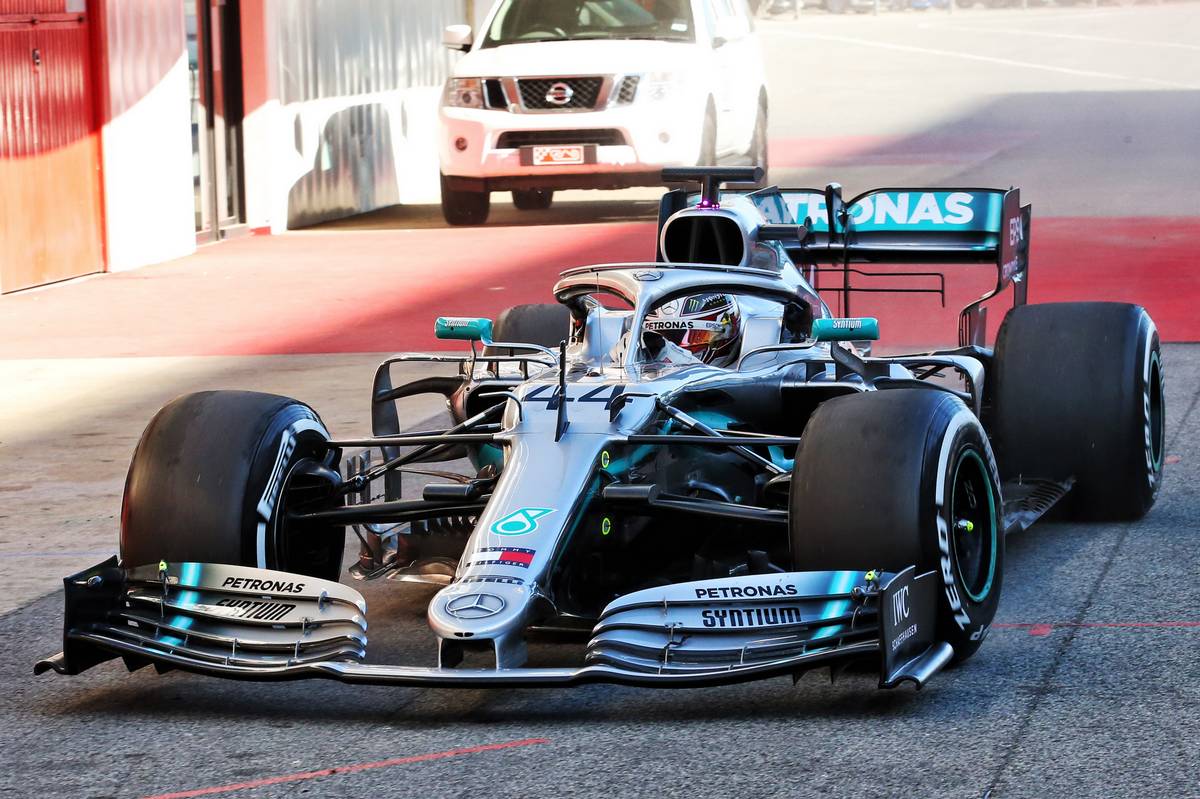 Unfortunately, Mercedes' programme was partly undermined by an oil pressure issue that required a complete engine change, which in turn deprived Bottas of any significant running on Tuesday afternoon.

"It was not exactly the day we hoped for, running for the first time with the bodywork kit that we expect to use in Melbourne, with a large part of the day lost to an oil pressure issue at lunchtime," said Allison.

"Nevertheless, either side of that problem we did do some useful things, finding that the car behaves a little differently with the new package.

"We're looking forward very much to having a trouble-free day tomorrow to get a better feel for what it can do."