McLaren enjoyed a positive day of running overall at the start of the second week of testing in Barcelona, although the team also admitted that its reliability isn't where it needs to be.

Lando Norris racked up 80 laps at the Circuit de Catalunya on Tuesday, before putting in a flyer late in the day that saw him pop to the top of the timesheet, with the help of a set of soft Pirelli C4 tyres.

However, the late surge in performance was immediately followed by the MCL34's second break-down of the day.

Norris was left stranded on the side of the track in the morning session, halted by a hydraulic pressure issue while McLaren had yet to determine the cause of the cat's second failure.

"On the whole today was a good day, although we didn’t get to do quite as much running as we wanted," said a frustrated Norris.
"We’ve improved the car slightly since last week, especially on the longer runs, so we’re going in the right direction, which is positive. It’s important that we keep doing that.

"Overall, I’m feeling more prepared. I now have one last session in the car on Thursday, to finalise everything before Australia." 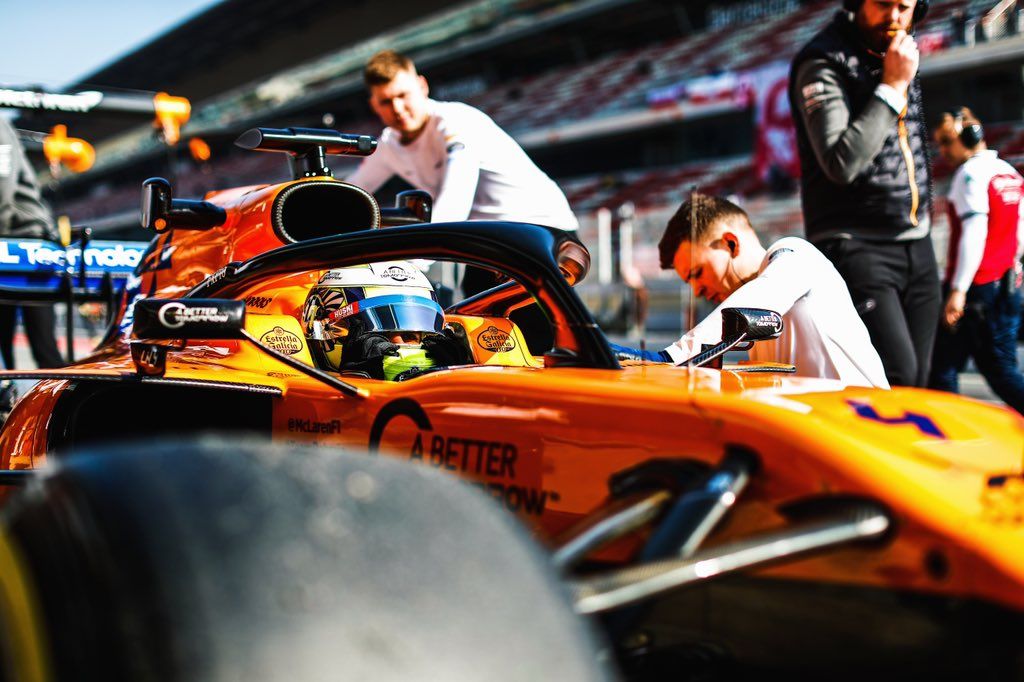 "Unfortunately, we didn’t complete as many miles as we had on the programme today, due to some small issues," added de Ferrarn.

"Nevertheless, on balance, it was a positive day.

"We were again able to complete some important work in preparation for Australia, with regards to the development and our understanding of the car, as well as getting Lando ready for his debut grand prix."

Giovinazzi: Motivation at Alfa Romeo higher than in 2017