But the Briton's success came with a controversial move on long-time leader Lotterer in the closing laps which saw the pair make contact. Moments later Lotterer suffered a right-rear blow-out which put him out of the race and allowed Bird to claim the win.

The result gives Bird an 18-point lead in the championship, with Virgin holding a convincing lead over Mahindra in the team standings. However race control immediately placed the incident between the pair under review, suggesting that Bird could yet be stripped of the victory.

Despite predictions of an impending rainstorm, conditions were damp but drying when the lights went out to get the 50th ePrix underway. Although he had earlier claimed his first series pole position, HWA's Stoffel Vandoorne was unable to fend off the start line challenge from Nissan e.dams driver Oliver Rowland in the dash to the first corner.

Both Rowland and Vandoorne came under heavy attack from Andre Lotterer, but the Techeetah itself was then muscled aside by Virgin's Sam Bird who had made a storming start from seventh on the grid. Moments later he succeeded in getting around Vandoorne to take second place.

Before Bird could press Rowland for the lead, the race was placed on hold with a red flag when Felipe Nasr's damaged Dragon understeered into the barrier leaving the two Mahindras of Pascal Wehrlein and Jerome d'Ambrosio with no where to go.

That effectively blocked the track, with Alexander Sims (BMW Andretti) and reigning champion Jean-Eric Vergne (Techeetah) just managing to tiptoe their way through after dropping to the back having both locked up and run wide at the turn 1 chicane at the start. 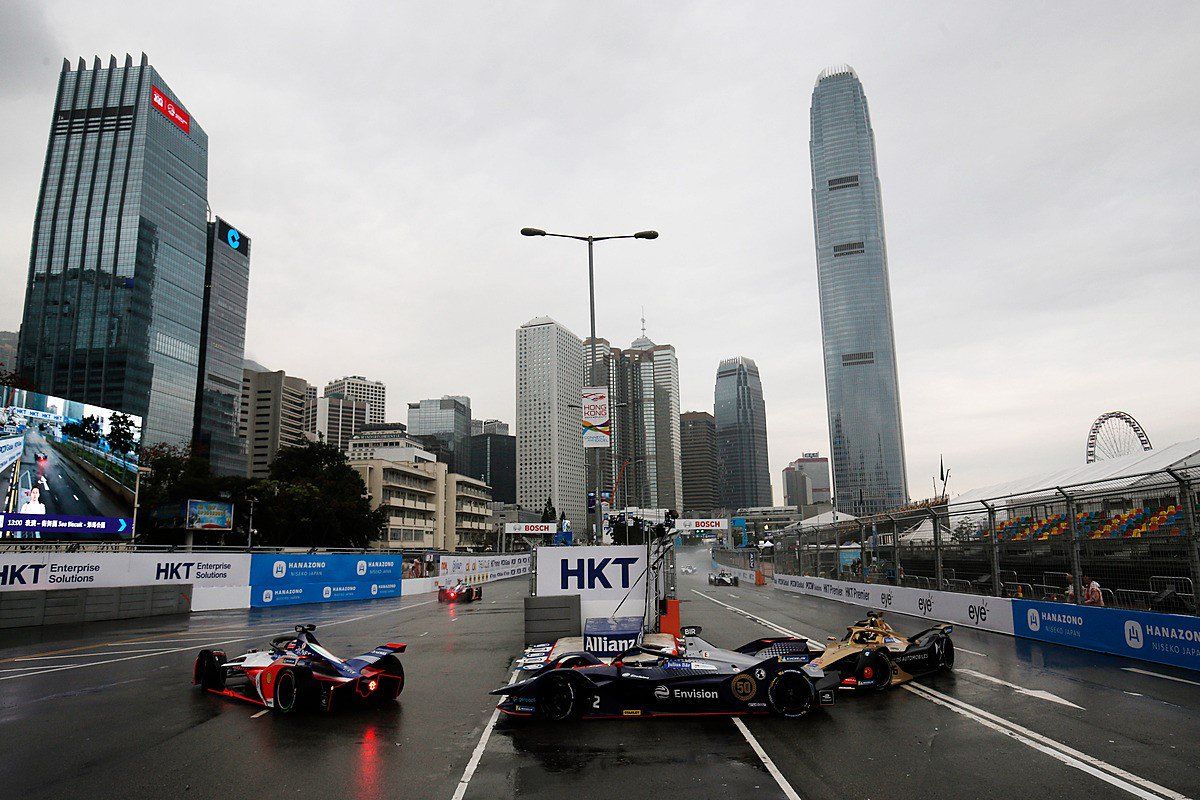 A ten minute pause to the race allowed track workers to clear up the mess. With the exception of the three drivers involved in the incident, and Jaguar's Nelson Piquet who had rear-ended NIO's Oliver Rowland at the start, everyone was lined up to restart the race behind the safety car.

The top eight all activated attack mode for the restart. Once the field was released, it allowed Rowland to successfully defend from Bird while Lotterer immediately got the jump on Vandoorne for third. However Rowland's success was fleeting, as moments later a brief loss of power after a nudge from Bird - possibly as a result of catching the full course caution button on his steering wheel - cost him the lead and dumped him to tenth place.

Bird took over at the front, only to run deep at Hong Kong Station which allowed the bullish Lotterer to get by and take control of the race. The pair were soon pulling away and over five seconds ahead of Vandoorne and Venturi's Edoardo Mortara, followed by Gary Paffett in the second HWA and Lucas di Grassi running in sixth place for Audi.

Bird continued to harass Lotterer at the front, forcing the Frenchman to ove-extend his energy use. Behind them, Mortara used a second application of attack mode to dispense with Vandoorne and climb onto the provisional podium. Moments later, the Belgian triggered the second safety car of the afternoon after stopping on track with a driveshaft problem.

The hiatus helped Lotterer get on top of his energy use headache, so that when the race resumed Bird no longer had the same advantage as before. Both men expended their second and final use attack mode, quickly pulling away from Mortara who didn't have the same option available. Even so, the Swiss driver was able to successfully hold off di Grassi and Robin Frijns in the second Virgin car until the danger had passed. 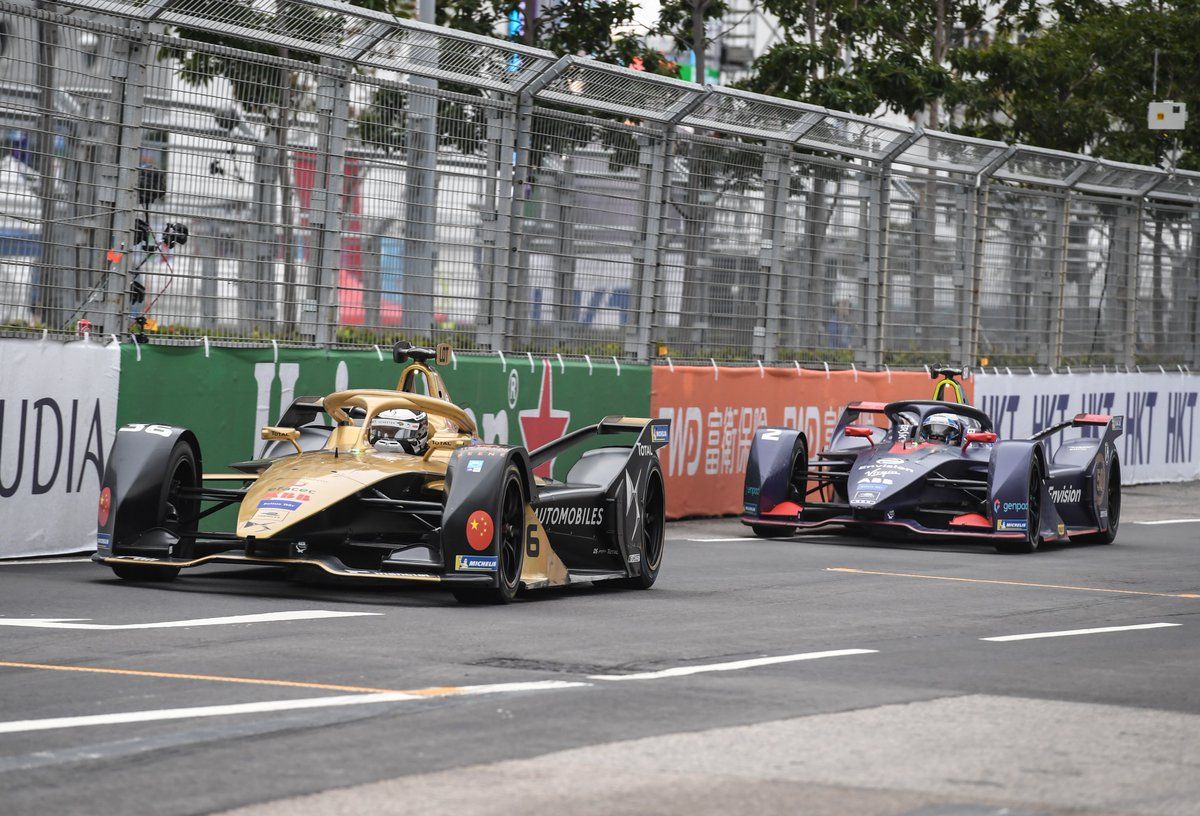 Another safety car was scrambled with a little over five minutes still to go after Rowland's race ended prematurely with a loss of power leaving the Nissan stranded on track. Also having failed to last the distance were Alexander Sims and Sebastien Buemi: the BMW was forced out after fishtailing the rear left of the car into the barrier, while the 2015 champion came off the worst in a side-by-side clash with Frijns.

Race control got the race back underway with two minutes and one lap remaining. Lotterer fought hard to keep the lead and there was contact between the pair on the penultimate lap which resulted in a right-rear puncture for Lotterer that enabled Bird to finally leap in front.

With the Techeetah plunging down the running order, Mortara picked up second place with di Grassi joining them on the podium ahead of Frijns, Audi's Daniel Abt and Felipe Massa in sixth place for Venturi.

The next ePrix is in two weeks time, in Sanya in mainland China on March 23. 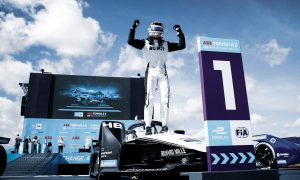