The first free practice session of the day in Baku was halted after just fifteen minutes on Friday when Williams' George Russell hit and blew up a manhole cover on the street circuit.

The incident occurred on the run between Turn 3 and 4 when the Williams dislodged the drain cover which was subsequently sucked up before it slammed into the underside of the FW42's, seriously damaging the Williams and leaving a trail of debris. 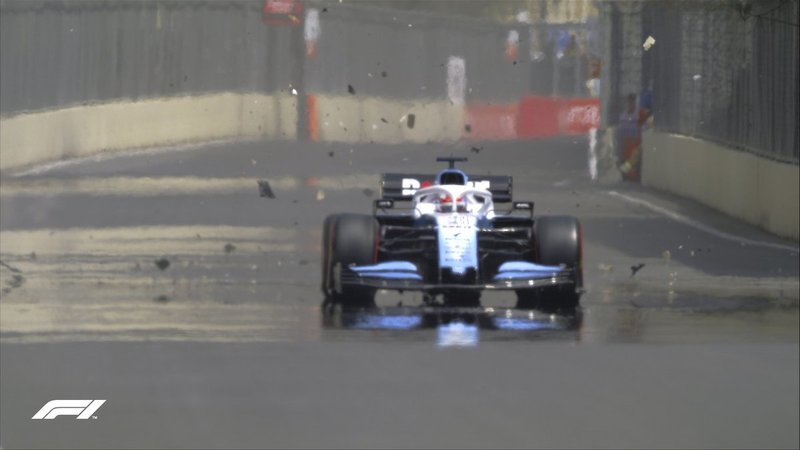 "I was just going down the straight on the normal line, hit a manhole cover and got the biggest smack in my boy," Russell told Sky Sports.

"The engine turned off, it ruined the floor and I'm worried for the chassis."

The comedy of errors took another bad turn for Williams when the truck carrying Russell's car saw its crane crash into a bridge, its hydraulic fluid then pouring over the already damaged FW42!

With over 300 manhole covers located around Baku's street circuit, a thorough security check or eventual repairs and welding could possibly jeopardize the running on Friday afternoon.

Baku's organisers have a reputation for being on top of things but the occurrence will undoubtedly blot their copy.

An update of the power unit usage for Baku