Lewis Hamilton insisted that there was never any chance that he would have surrendered the lead of the 2019 Monaco Grand Prix in order to make a late second stop in today's race.

Hamilton stopped early during a safety car and swapped his initial set of sort tyres for a set of mediums. But his rivals went for the longer-lasting harder compound, which meant they were able to to get to the finish without making an additional stop.

It was soon clear that opting for the medium tyres was the wrong choice, but by then there was no chance for Mercedes to switch strategies. Hamilton simply had to tough it out to the finish, without letting anyone get past him.

"Definitely for me the hardest race I think I have had," he said after battling for half the race to stay in front of the faster Red Bull of Max Verstappen.

"I don't know how satisfied I am at this moment because it was so intense," he continued. "It was probably the most intense race I ever had.

"I was scared that I had no tyres left," he added. “I've not driven on empty tyres since 2007 when McLaren left me out in Shanghai for such a long time!"

Hamilton and Verstappen even ended up making contact at the Nouvelle Chicane during the final two laps, an incident that was looked at by race stewards who quickly deemed no further action was required.

"It was close. A bit of a late dive, luckily I saw him last-minute," said Hamilton of the clash. "If you look at my back tyre we touched at the chicane

"I think his front wing was alongside my rear wheel, so he wasn’t fully past.

Even so, Hamilton said that there was never any chance of coming in for fresh tyres toward the end of the race. 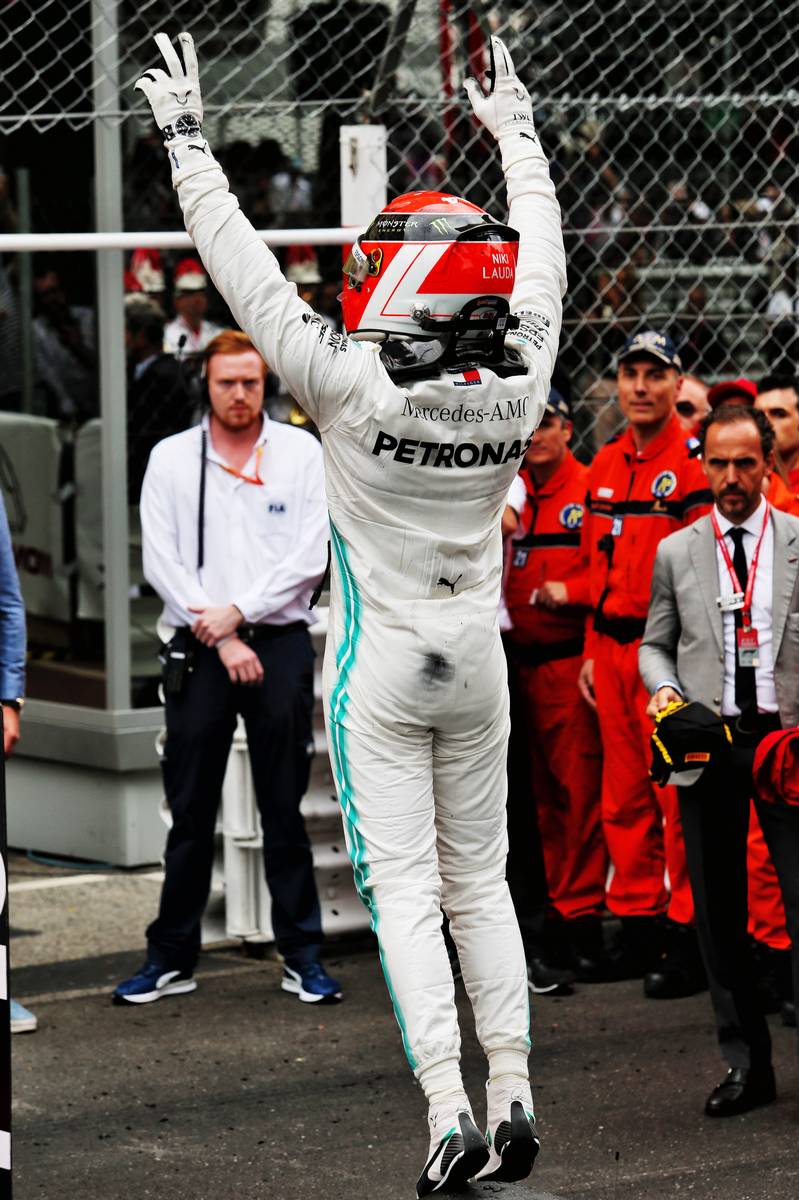 “I was never going to come in," he stated, recalling a similar situation in the past when he had opted to pit from the lead - and ended up throwing away a certain win as a result.

"I learnt the hard way in 2015 when I pitted for new tyres and lost the race," he explained. "So I wasn't going to come in whether I crashed or finished.

Hamilton admitted that he had indeed come close to crashing, brushing the wall on several occasions as the medium tyres went well beyond their usable life.

"I nearly crashed about 30 times, so I'm grateful I didn't! I did touch the wall quite a few times. But so grateful it's over.

"Ultimately it was the wrong tyre," he admitted, a decision that had been in the hands of the team and which Hamilton had repeatedly criticised as the race went on and the pressure on him mounted.

"Nonetheless this team has done an incredible job," a conciliatory Hamilton added. "What we have achieved in these first six races is remarkable.

And the pressure on Hamilton wasn't just about sustaining this remarkable opening winning run in 2019, or even the prospect of picking up another world championship.

Instead, at the forefront of Hamilton's mind and the reason for the added stress was the determination to win today in memory of Mercedes' iconic leader and three time champion Niki Lauda, who died on Monday.

"I really was fighting with the spirit of Niki," Hamilton said. "I was trying to stay focused and trying to make him proud, that it's been the goal all week and we truly miss him.

"He's been such an influence in our team and I know he will be looking down and taking his hat off."

'Driver of the day' Verstappen misses out on podium