In fourth place after his penultimate flying lap, a final push managed to put him up into second at the chequered flag, albeit 0.259s slower than Ferrari's Charles Leclerc who had dominated the session.

"Congratulations to Charles, he's been quick all weekend," said Hamilton afterwards. "We've just not really been able to keep up with him.

Hamilton confirmed that a lack of pace on the straights at the Red Bull Ring had left him needing a tow from other cars to boost his lap times.

"Positioning was so difficult out there," he explained. "I was always out at the front so I was never in the slip stream. Luckily that last lap I was in an okay position, but it was very tight right at the end.

"A bit of a panic, but nonetheless I'm grateful [to be third]," he said. "I think it's quite cool to see three different teams in the top three positions."

However Hamilton's starting position could still be in jeopardy after he was placed under investigation for an incident during the first round of qualifying that appeared to impede Kimi Raikkonen.

The Alfa Romeo was was on a flying lap early in Q1 when it came up behind Hamilton heading into turn 3. The Mercedes driver only appeared to notice the danger at the last minute, at which point he tried to get out of the way by running straight on and off the track.

However it still distracted Raikkonen, who immediately radioed the team pit wall to report: "Hamilton completely blocked me."

Pundits reviewing the incident acknowledged that Hamilton had been in the way and that he had inadvertently blocked Raikkonen.

"I just don't think there's any other way you can read that," commented Sky Sports F1 expert and former F1 world champion Damon Hill. "If there's a penalty for impeding and they apply it consistently, then I'm afraid he's probably going to be in line for one." 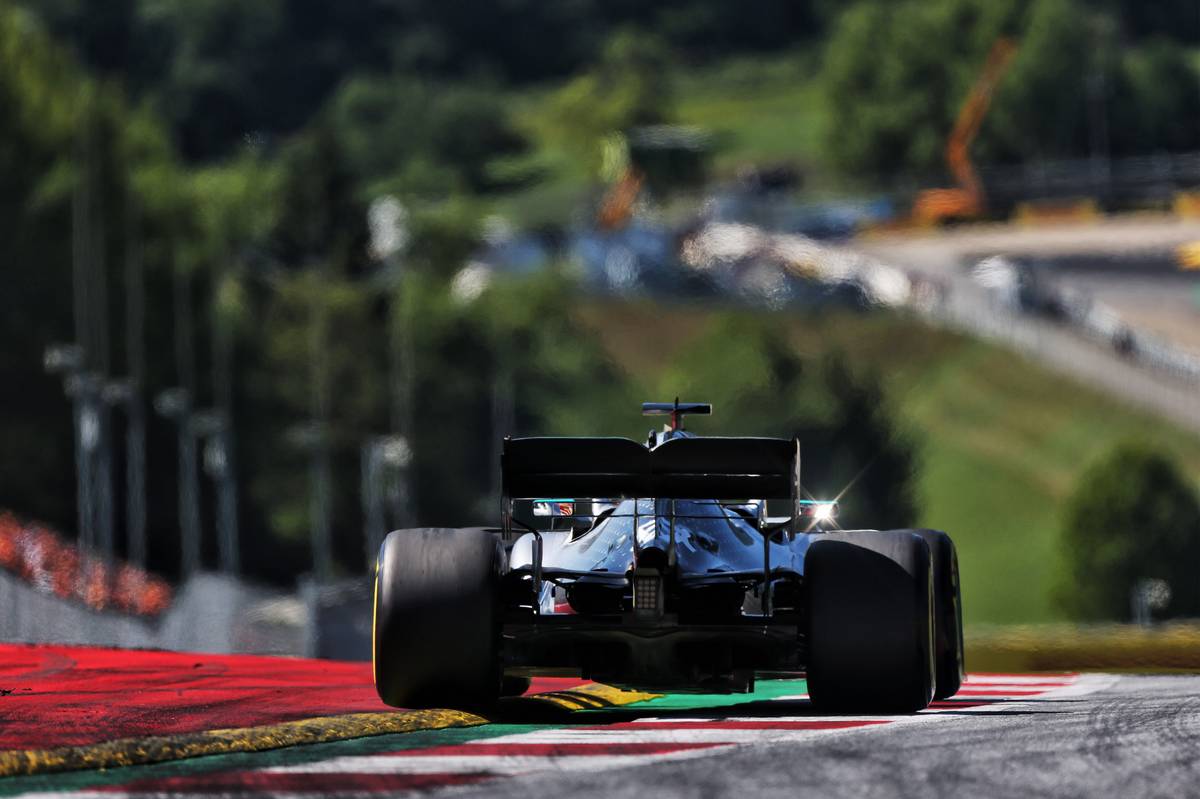 A grid penalty could drop Hamilton back to the third row of the grid for the start of tomorrow's race.

"Basically I saw one of the team's cars came by and I was braking for the hairpin turn 3 and I saw the other [Alfa Romeo] coming.

"I got off the brakes and tried to to straight on to get out of the way because I didn't want to meet him in the corner.

"I don't think I met him in the corner but I think that put him off I would have thought, so it wasn't ideal. I wasn't aware that car was coming, so not the easiest [situation]."

Despite the close encounter, both Hamilton and Raikkonen went on to make it through to the final round of qualifying. While Hamilton took a provisional second place, Raikkonen will start tomorrow's race from sixth.

But now Hamilton and a representative from the Mercedes team will have to appear before the race stewards to review the incident, together with Raikkonen and one of the Alfa Romeo race engineers.

A penalty for Hamilton could demote him three or more places. However it's also possible that he will escape with just a reprimand that would leave his grid spot unaffected.

A decision in expected later this afternoon.

Magnussen 'has no idea' where his P5 lap came from!