Charles Leclerc confirmed his mastery of the Red Bull Ring by claiming pole position for the 2019 Austrian Grand Prix by a quater of a second over Mercedes' Lewis Hamilton.

Boosted by huge local support, Max Verstappen claimed third place on the grid for Red Bull ahead of Valtteri Bottas in the second Silver Arrow.

However Ferrari's celebrations for Leclerc's success were countered by problems for Sebastian Vettel who failed to run in Q3 after his car developed technical problems during the second round. 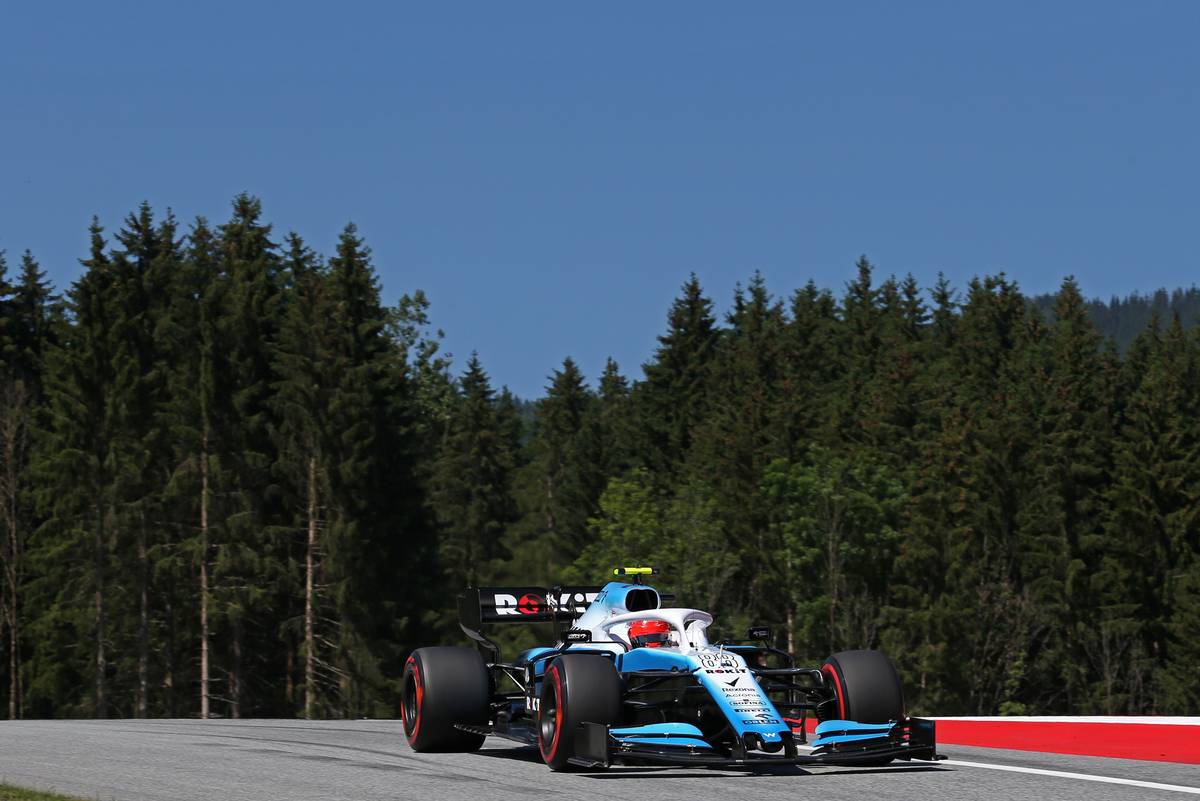 With the whole of western Europe sizzling in an unprecedented heatwave, the city of Spielberg located in the Styrian hillside was no exception. Consequently the circuit was hotter than anyone could remember it ever being in June, with not a cloud in the sky for relief from the scorching sunshine as the F1 cars headed out on track for the first 18 minute round of qualifying.

First into action was Williams' Robert Kubica, closely followed by the two Alfa Romeos of Antonio Giovinazzi and Kimi Raikkonen. It was Giovinazzi who set the fastest time of the three with a lap of 1:05.027s on soft tyres, as the rest of the field started to mobilise from pit lane and emerge on the short 2.86-mile, 10 turn circuit.

Haas' Kevin Magnussen displaced Giovinazzi from the top of the timing screens but he was only there for a matter of seconds before Lando Norris posted a new best time of 1:04.661s in the McLaren. Then the big guns rolled out with Charles Leclerc going three and a half tenths faster to take the top spot from Red Bull's Pierre Gasly and his own team mate Sebastian Vettel, the two Ferraris being the only cars in the top ten running on medium tyres in Q1.

There were curiously sluggish first runs from the two Mercedes, Valtteri Bottas down in tenth and Lewis Hamilton 11th after a potential impeding encounter with Raikkonen that will be investigated by stewards after the session. Last of the front runners to open his account was Max Verstappen, a huge roar from the orange-clad crowd in the grandstands accompanying his run to an initial third place. Hamilton slightly stole his thunder by going five thousandths of a second faster on his second run, while at the same time Vettel moved to within two tenths of Leclerc and into second place. 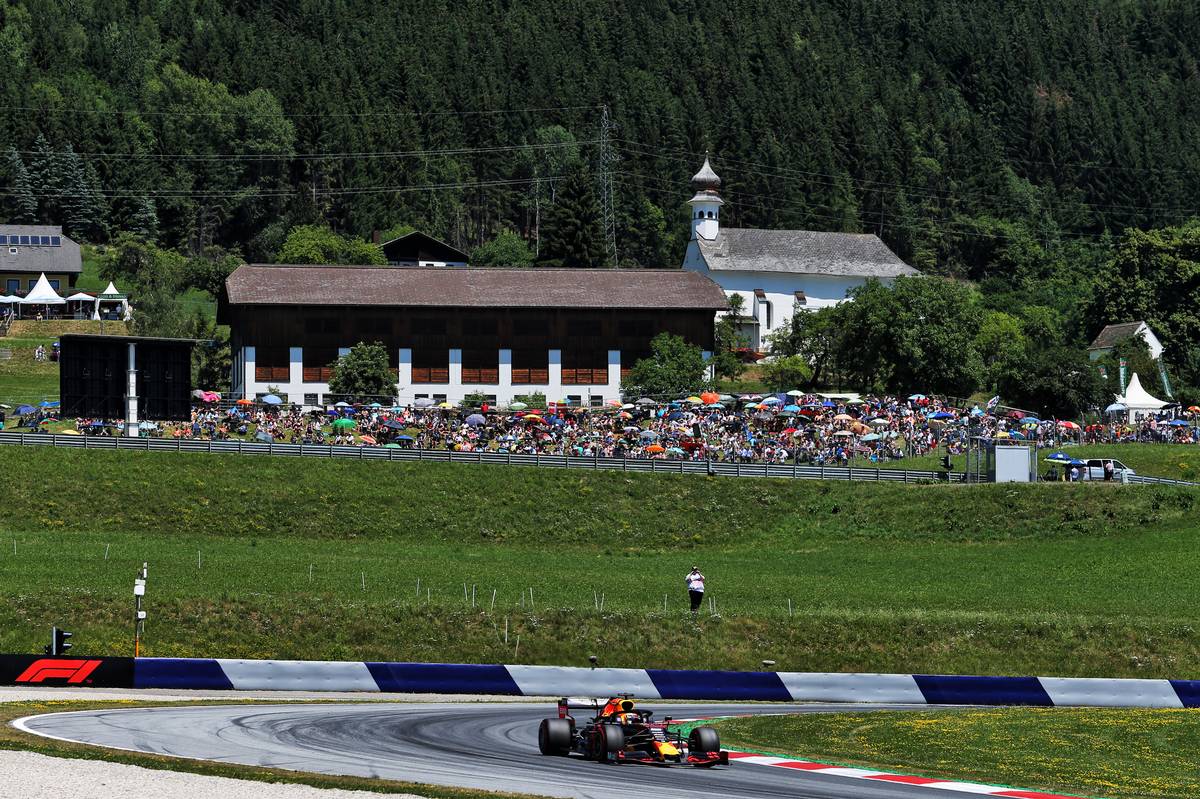 Verstappen's follow-up run was good enough to split the two Ferraris, and Gasly was also able to improve ahead of Hamilton, Norris and Bottas. Meanwhile at the other end, Kubica and George Russell had assumed their normal positions at the bottom of the times, with Racing Point's Lance Stroll looking to set to join them in the elimination zone. Raikkonen and the two Toro Rossos of Alexander Albon and Daniil Kvyat were all vying to claw their way into Q2.

Track conditions were quickly evolving, and Raikkonen soon shot up into the top ten while Kvyat lost out to a backlog of heavy traffic on his push attempt. A flurry of fastest laps from the likes of Giovinazzi, Sainz, Grosjean and Hulkenberg started to back Bottas into the danger zone, forcing Mercedes to send both of their cars back out just to be sure. They quickly found the safety of high ground, although a new effort from Verstappen clocking in at 1:03.807s send the crowd into raptures as he ended Q1 fastest ahead of Hamilton and Bottas, with Leclerc and Vettel sitting out the final minutes in the garage.

Unlike Kvyat, had Albon managed to successfully avoid elimination in the final seconds of the round. His late improvement contributed to Sergio Perez falling into the drop zone and joining his team mate Stroll n the sidelines along with Kvyat, Russell and Kubica. However power unit grid penalties for Albon and Carlos Sainz will change the look of the back row of Sunday's grid. 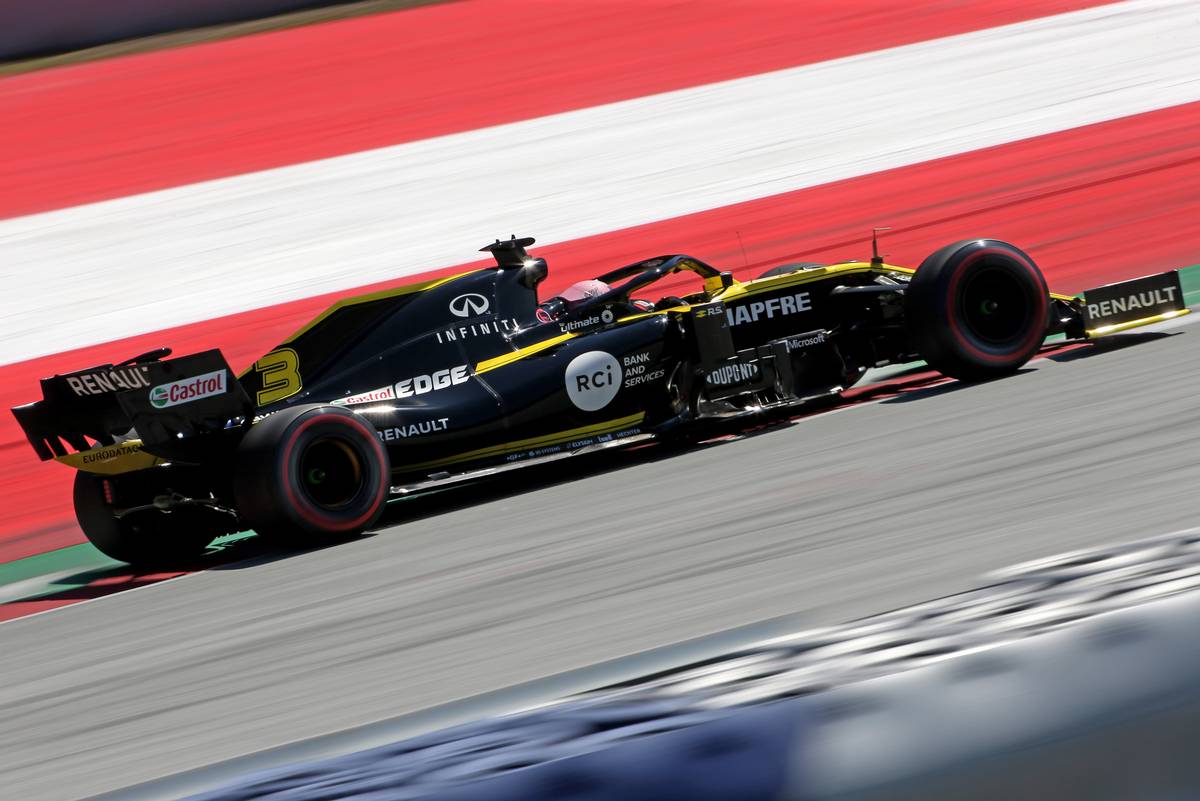 In the second round of qualifying, attention turned to the matter of which set of tyres the drivers would start Sunday's race on.

The Mercedes duo went for the medium compound, as did Max Verstappen who proved two tenths faster than either Silver Arrows on his first run. Meanwhile the Ferraris had switched to soft tyres, and Leclerc was the fastest of anyone with a time of 1:03.459s putting him two tenths ahead of Vettel.

The rest of the field were also on soft tyres for their first runs, which saw Gasly up to sixth ahead of Norris, Raikkonen, Giovinazzi and Magnussen, with Hulkenberg, Albon, Grosjean and Ricciardo in the drop zone and Sainz yet to set a representative time given his inevitable demotion to the back for the start of the race.

Although clearly safe, Leclerc came out for another run which saw him extend his lead at the top to 1:03.378s on the soft tyres. Mercedes were also out for a second run, the team sticking with their medium tyre gambit for both drivers. That left Hamilton complaining about a lack of straight line speed and casting around for other cars on flying laps that could offer him a 'tow' in the slipstream. He managed to find a little extra pace to put him into third place ahead of Verstappen and Bottas.

Gasly finished ahead of improved runs from Raikkonen and Giovinazzi which pushed Norris down to ninth, and Magnussen holding on to the final transfer spot as the chequered flag came out. However Magnussen's team mate Romain Grosjean was on the wrong side of the cut line after damaging his front wing on his first run. Both Renault were also eliminated, together with Albon and Sainz who had opted to save his tyres and engines. 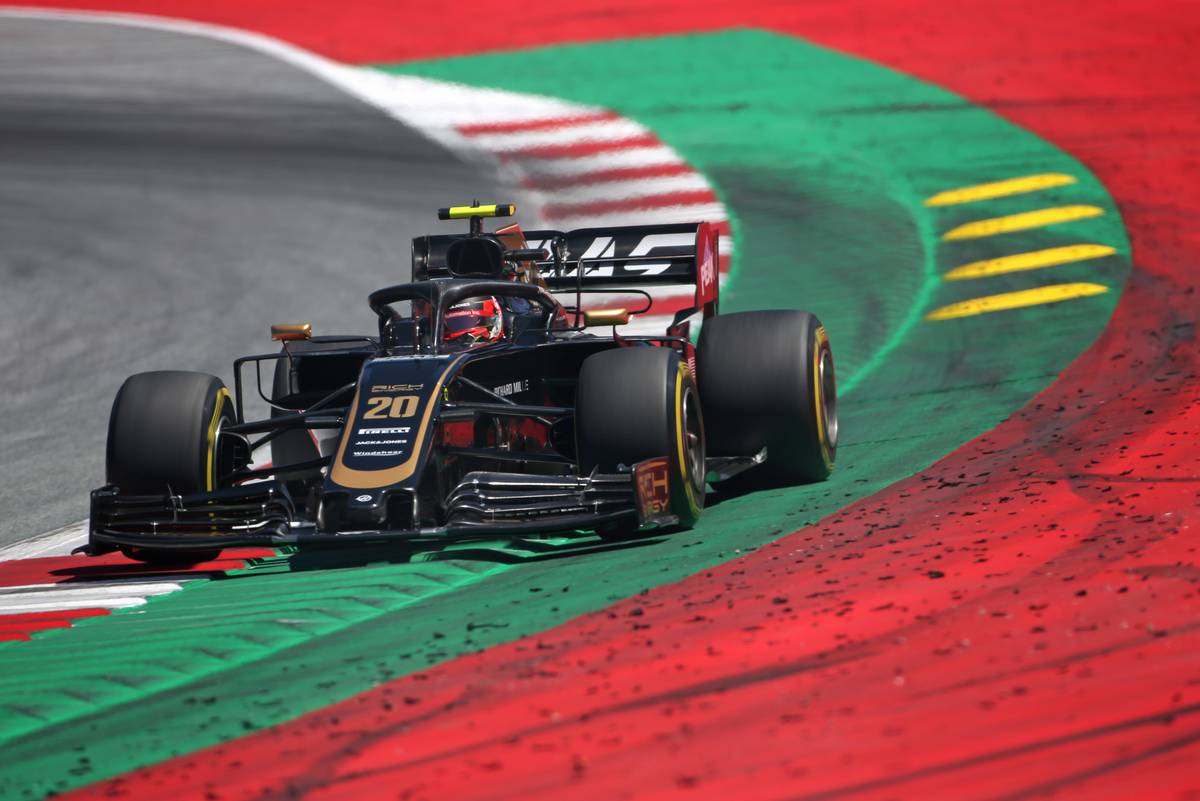 The brief interval between the end of Q2 and the beginning of Q3 saw a frenzy of activity in the Ferrari garage as engineers worked furiously to repair an air pressure issue on Vettel's car under the watchful eye of FIA scrutineers.

After a minute's pause once the lights went green at the end of pit lane, the two Alfa Romeos were the first cars to break cover and head out on track. Raikkonen went top by eight thousandths albeit with an indifferent time of 1:04.734s. However it was several minutes before the rest of the field started to head out for their own runs, Hamilton once again seemingly looking for a car to give him a tow down the straights but finding his rivals understandably resistent to the idea.

It was Bottas who proved fastest of the two Mercedes, but predictably both men were outpaced by Leclerc's impressive lap of 1:03.208s. Verstappen then slipped into third place to split up the two Silver Arrows and push Hamilton down to fourth ahead of Gasly.

Even as one side of the Ferrari garage celebrated provisional pole, there was dispair on the other: the problems assailing Vette's car had proved insurmountable and he was Vettel climbing out of the SH90 without setting a time, meaning a tenth place start at best for the four-time world champion on Sunday.

While Vettel's session was over, there was still time for one more run for the other remaining nine cars. Once again there were chronic problems of traffic backing up into the final corner which left some drivers feeling compromised. However Leclerc was able to further extend his advantage at the top, while Hamilton dug deep and finally found a useful slipstream to drag him up to second ahead of Verstappen and Gasly.

Late laps saw Magnussen muscle his way up to fifth ahead of Norris, although a five place grid penalty will see him demoted to tenth for tomorrow's race. That promotes Alfa team mates Raikkonen and Giovinazzi to sixth and seventh respectively. Gasly was the slowest of the Q3 runners, while Vettel ended up in ninth place on the grid ahead of Magnussen after failing to run.