Lewis Hamilton is convinced that he was still in with a shot of victory in Sunday's Belgian Grand Prix - if only he hadn't run out of laps.

Mercedes had appeared dramatically outclassed by Ferrari in terms of speed in qualifying with Charles Leclerc and Sebastian Vettel securing a front row lock-out. But things turned out to be a lot closer in the race itself.

Hamilton successfully passed Vettel at the first corner only for the Ferrari to blast past him again on the Kemmel Straight. But later in the race, Hamilton got his revenge at the same spot when Vettel began to struggle on worn tyres.

After that, Hamilton rapidly caught up with longtime race leader Leclerc. However the time spent getting past Vettel left him too few laps to pull off a successful challenge for the win, and he crossed the line just under a second behind Leclerc.

"I gave it absolutely everything," insisted Hamilton after the race. “I got as close as I could at the end. Maybe we needed a few more laps today.

"44 is usually my lucky number, but maybe we needed a few more!" he said, linking the number of laps in today's race to his longstanding car number.

“A really difficult race today," he continued. "The Ferraris were too fast on the straights, and it was very, very hard to keep up with them.

"In qualifying we were losing over a second a lap [on the straights] and you can't gain that back anywhere else.

"Then today in the race they were quicker than we thought they would be," he commented. "Seb dropped off on the long runs so he wasn't going to really going to be in contention once he started dropping off then, but Charles was doing great times.

"If I'd been second at the start then I think we would have had a really great race toward the end," he suggested. "But it was just that gap I came out at my pit stop - slightly long pit stop - I came out nine seconds behind him which was so hard to catch that up."

In the end, given the deficit to the Ferraris in qualifying and his problems in practice, emerging from Spa with second place - and crucially ahead of his nearest title challengers - was a good outcome for Hamilton. 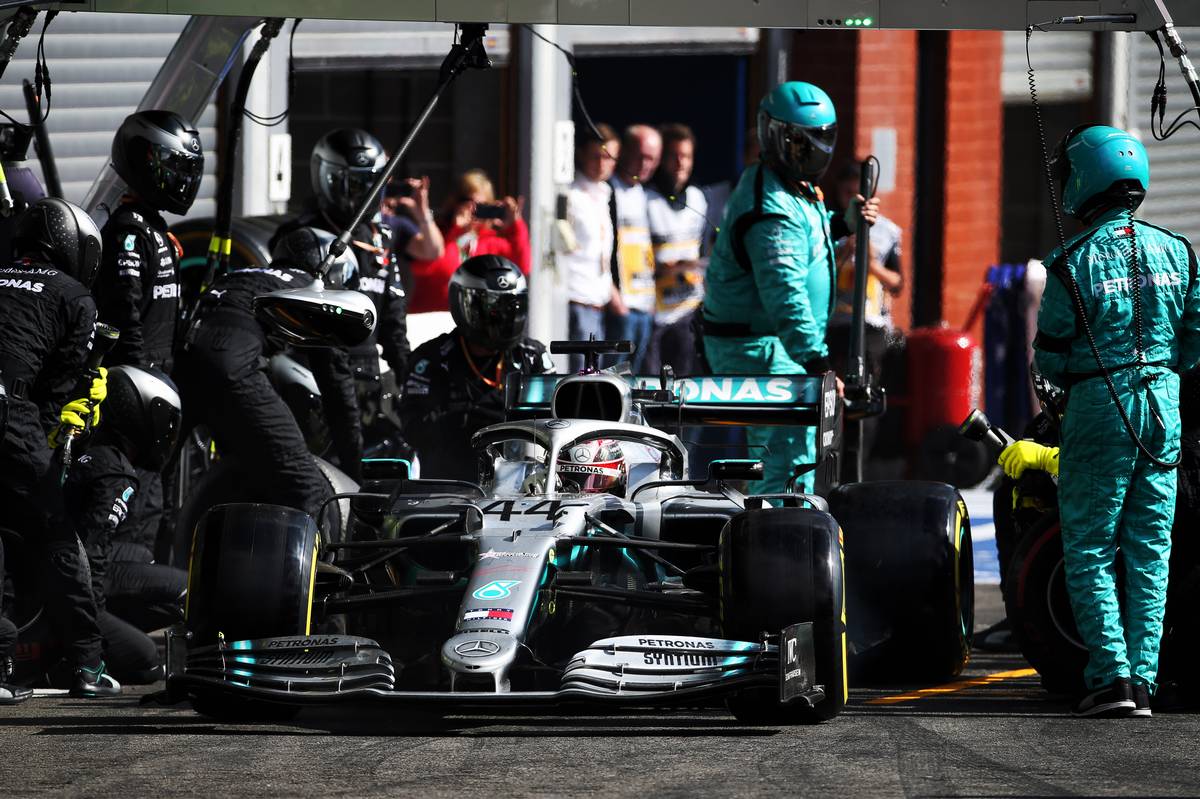 "Against all odds, we've progressed forwards and I think it's ultimately been a really strong race, a race I feel really good about. It's been a bit of a wobbly weekend but to end on a positive in the sense of the result, I'll take it.

"Nonetheless, congratulations to Charles on his first win. He's had it coming all year, so I am really happy for him.”

Leclerc dedicated his race win to rising star Anthoine Hubert, who died in a tragic Formula 2 race accident on Saturday. Hamilton admitted that he had also been preoccupied by the tragic events of the day before.

"Obviously not the best of weekends for the sport. Yesterday was a very very tough day," he told Sky Sports F1.

"Coming here today it was really hard to believe that we'd lost a great racing driver yesterday and yet the world continues on," he said.

"The race was going on so you have to get in the car and do the job. I raced with his family in my thoughts and prayers today and I think as a team we did a good job."

Hamilton had posted what proved to be controversial comments on Instrgram on Saturday night about Hubert's accident, saying that fans didn't appreciate the dangers of the sport sufficiently.

"All these drivers put their life on the line when they hit the track and people need to appreciate that in a serious way," he wrote. "Anthoine is a hero as far as I'm concerned, for taking the risk he did to chase his dreams."

Speaking further about his feelings on Sunday, Hamilton said that his thoughts had been influenced by the massive cheer from the grandstands that followed his own high speed accident in final practice on Saturday.

"I remember when I crashed in P2 I heard some fans were yelling or cheering," he said. "And it was quite a decent hit. That's what encouraged me to say the things I did at the end of the day."

Binotto explains Ferrari's use of team orders at Spa