Ferrari driver Charles Leclerc has admitted that he needs to keep his cool over the team radio in future, after 'overreacting' to events in Singapore last weekend.

Having led the first stint of the Grand Prix after starting from pole position, Leclerc was shocked to emerge from his pit stop to find his team mate Sebastian Vettel ahead of him as the result of the team achieving an 'undercut'.

"What the hell?" demanded the Monegasque driver at the time, suggesting that the team had unfairly prioritised Vettel when it came to race strategy. "I just think it’s not fair."

Vettel duly won the race, denying Leclerc the chance of being only the third driver in F1 history to follow up his maiden win with two further back-to-back victories - a feat only previously achieved by Damon Hill and Mika Hakkinen.

But with the benefit of hindsight and a few days to cool off, Leclerc admitted that he needed to keep his temper in similar situations in future.

“I believe that my reaction was well over what it should be and that shows that I’ve still got a lot to learn,” he told reporters in Sochi ahead of this weekend's Russian Grand Prix. "There was no need for me to be like this on the radio any time during the race.

“In this situation there was absolutely no need to be like this," he continued. "The team had done the right thing.

"I’ve definitely got a lot to learn and a lot to improve so that won’t happen again in the future."

He said it was unfortunate that his overheated remarks had been misunderstood by pundits and by fans.

Leclerc said it was now "definitely the goal" for him to think longer before pressing the radio transmit button in future. However he admitted that it wouldn't be easy. 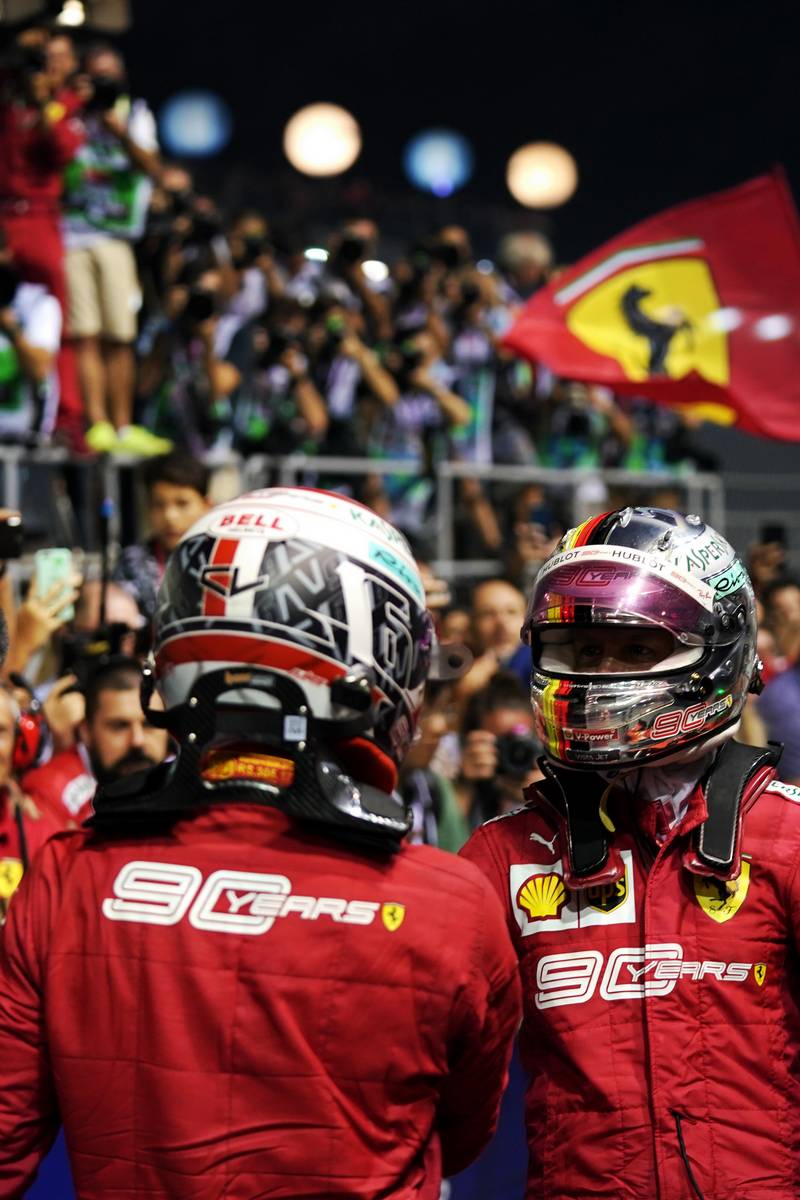 "In the car it’s always very difficult, there is a lot of adrenaline," he explained. "[But] even if there’s adrenaline, I think it just puts more mess than anything else

"I will try for it to not happen again," he stressed. "I just need to control myself more in these situations. And just - how can I say it politely - just shut up!"

Ironically, Leclerc received full support for his outburst and what happened in Singapore from Vettel himself.

"I think if it was the other way around I probably would have been equally as upset," said the race winner.

"I don't think you should interpret too much into these messages," he continued. "Obviously he wanted to win, he was upset when he realised he was behind.

"There's no point trying to understand the reason behind what people say when they are in the moment. I think it's pretty normal.

"I think if you did the same exercise with every footballer or even a golfer you would be surprised.

"It's part of the emotion that runs through you when you are racing. If they weren't, it would mean that you don't care. And I don't think there are many drivers that don't care."