Carlos Sainz was delighted with his Mexican Grand Prix qualifying session, insisting his attempt to make the Q3 cut on the medium tyre showed that McLaren is starting to think like "a big team".

Sainz qualified P7, or 'best of the rest', once again confirming McLaren's solid grip on the midfield battle.

However, beyond the sheer result achieved on Saturday afternoon, the Spaniard was particularly satisfied with his team's approach in Q2, when it almost joined Mercedes and Ferrari in succeeding to gain access to Q3 by using Pirelli's medium compound.

Sainz almost pulled off the feat, but the decision to try at least proved that the Woking-based outfit is slowly but surely raising its expectations

"It's the first time in the whole season that we started to think more like a big team," smiled Sainz.

"We tried to get through Q2 on the medium tyre and we were very close despite a lockup in the last sector and traffic.

"The fact that I gave it a go is a sign that we are on the right path and it just shows the confidence that we have in the car.

"I would have been close to the cut but risking Q3 with a second run on the medium was a bit unnecessary given the pace I knew I had on the soft." 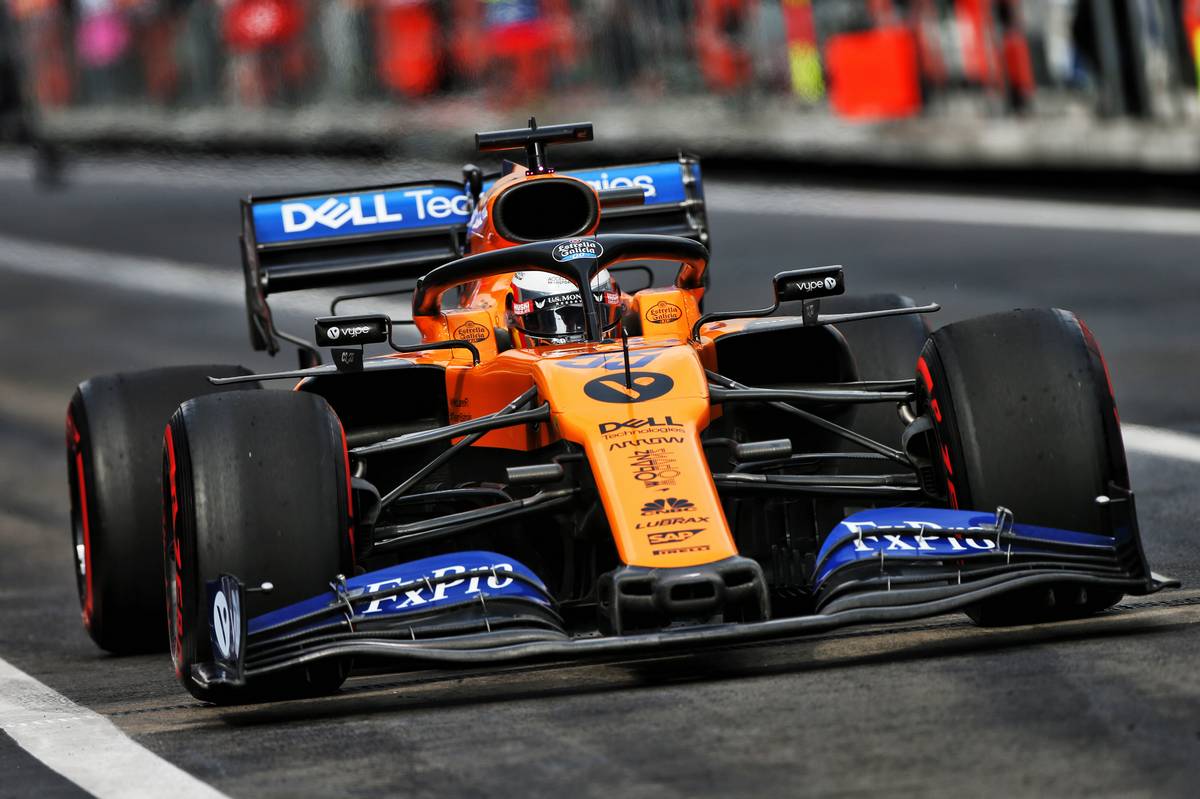 Sainz was focused on the manner rather than the mere result, and emphasized his confidence in his car but also his team's change of mentality.

"It's a consequence of making the right decisions over the whole weekend," he added.

"I've been feeling at home with the car and we've been dominating the midfield.

"I'm not disappointed because we tried. We haven't tried that in ages, so it feels good to at least start to think a bit higher, with higher expectations for qualifying.

"We will have to manage the tyres carefully but I’m very happy with today’s result. I’m proud of the whole team and of how we keep on pushing. Hopefully tomorrow we can finish it off."