Ferrari drivers Charles Leclerc and Sebastian Vettel threw everything they had into their final qualifying laps at the Autódromo Hermanos Rodríguez, but still couldn't catch Max Verstappen for pole position.

After their initial Q3 laps, Leclerc and Vettel were second and third behind the Red Bull, and they were on the ragged edge as they attempted to make up the deficit.

"It's never impossible but today it felt extremely difficult," Leclerc said after the end of the session which saw him clinch second place on the grid ahead of Vettel.

"But in qualifying when we put everything together they were too quick. It was a bit of a surprise in qualifying, but I think we knew from the beginning anyway.

"The first lap [in Q3] was quite good," he continued. "[But] we were still one tenth behind and I don't think much more was possible after that.

"The second run I tried to put a bit more balance in the car to have a bit more front, which helped the first sector, but then the last sector was too tricky and I lost the rear and lost all the time I'd made up in the first sector.

"But it wouldn't have changed anything," he admitted. "Red Bull was very quick, Max especially was extremely quick.

"It's still along race tomorrow," he added. "The start will be very important, the top speed that we have is very good so hopefully we can take advantage of it."

Vettel thought that he had been too aggressive in his initial Q3 lap, and that his final flying lap had been thwarted by the yellow flag in the final corner for Valtteri Bottas' accident. 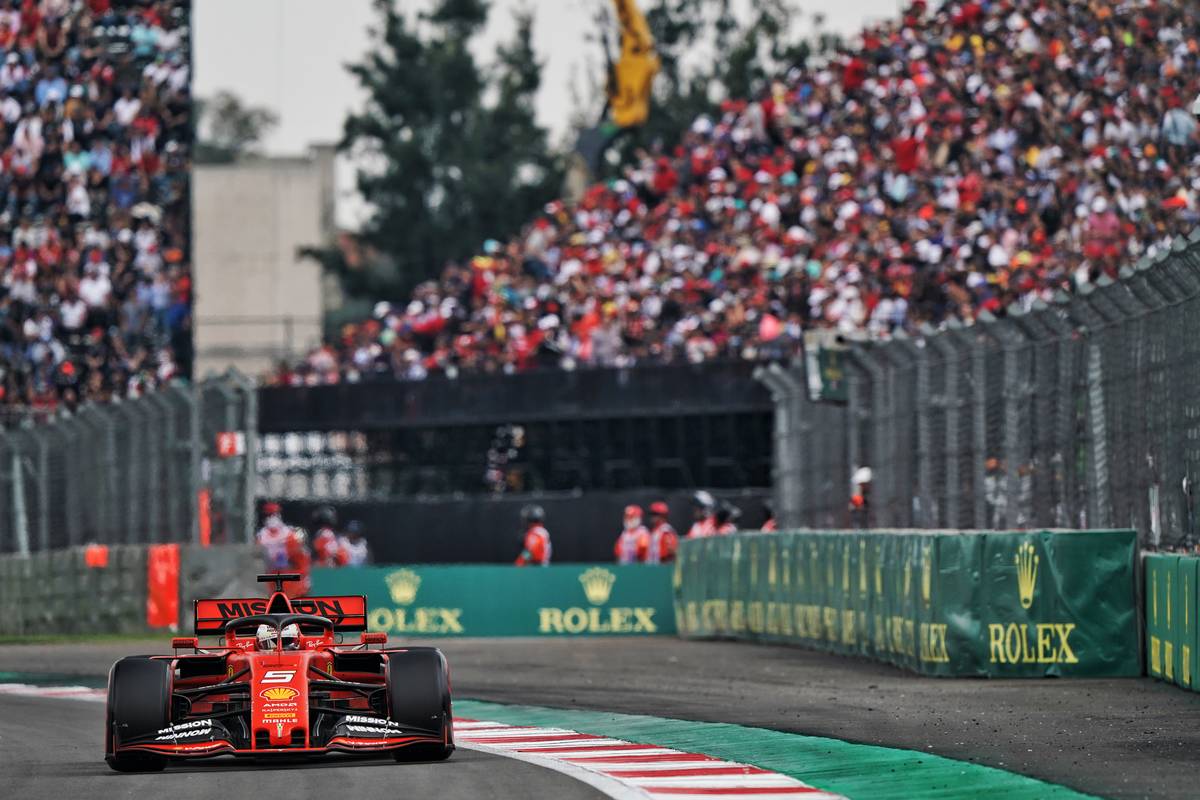 "I made a mistake on my first run," he said. “I was probably too cautious after a good first sector. Then I lost the rhythm and I was too aggressive in the end and had a big snap in the final corner.

"So obviously I was quite confident that in the second run I could make up for it. But unfortunately there was a double yellow so I had to slow down, and the lap was lost.

“I should have nailed it in the first run," he sighed. "The car is good. Would I like to be a bit further up? I think it was possible."

But there's still every chance that Vettel and his team mate can change things around in the race itself.

"We hope to have good start and then take it from there. It's a long race, it'll be a tough one on brakes and cooling in general. Also with the tyres, I think it'll be quite an adventure tomorrow.

“The key tomorrow will be to have a good race car to look after the tyres, to choose the right strategy,” he said. "All top six cars opt to start on the medium tyrs so we'll see who dares to go longest.