The pair had clashed earlier int he season over team orders, but on Sunday in Brazil they made light contact while running fourth and fifth. The clash put both cars out of the race with six laps remaining.

“It was a misunderstanding between the two drivers and a sad day for Ferrari,' former Ferrari driver Rubens Barrichello told Bild newspaper.

Immediately after the race, Binotto was clearly furious and embarrassed about what had unfolded just moments before. He ordered the drivers to attend a summit at Maranello this week to discuss the situation.

"We now need to sit down and decide together where the limits are to make sure we all push for the benefit of the team and make sure these things don’t happen anymore," he explained.

"Our drivers are very disappointed and sorry from a team perspective. It was a small collision that had a big consequence."

Binotto confirmed that the drivers had been cleared to fight each other in Brazil and not subject to team orders, as had been the case earlier in the season.

"When we tried to manage the drivers this season we have been criticised," he pointed out. "And when they are free to fight we may be criticised [for that].

"Today it was right to let them race, certainly, because we [had already] secured second place in the constructor's championship.

"[Even so] this sort of thing should never happen," Binotto said, adding it was better that this had happened with the 2019 titles already decided as it meant they could learn and put new rules in place in time for next year. 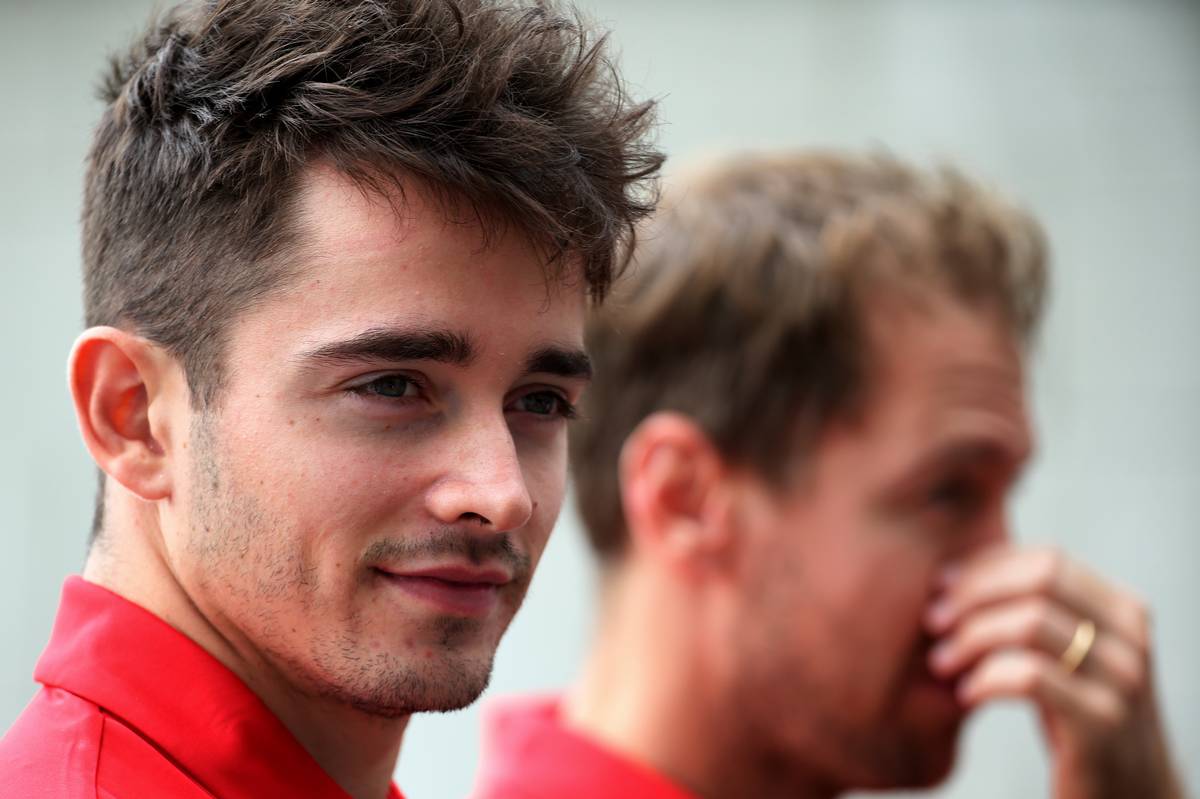 Coulthard backed Binotto as the right man for the job to sort out such recurring internal issues that keep getting between Ferrari and a successful challenge for the world championship.

“I think Mattia has the strength of character and enough history within Ferrari to sit them down and say, ‘Look guys - this isn’t acceptable’,” the Scot told Channel 4.

Simply ignoring the incident and moving on was no longer an option, according to the former McLaren and Red Bull driver.

“I think they will shake hands," he suggested. "But you’re dealing with two different people, in two different phases of their life - never mind their careers.

“Right now Charles doesn’t know what he doesn’t know at 21," Coulthard continued. "He hasn’t got the life experience of Seb. He’ll just be like, ‘Okay, I’m not going to put myself in that position again’.

“And in Seb's case, he knows he’s running out of time. Does he have enough time left in his career to be able to get a World Championship at Ferrari?”

“It’s subtle but the facts are the facts," he said. "You cannot deny the facts, otherwise the relationship is definitely all over."

Sky Deutschland commentator Sascha Roos speculated that the Brazil incident could lead to Binotto taking a hard line on team orders for next season.

“I think they would be well advised to set a deadline,” he suggested. “For example after the first four races of the season, they should make a decision on a number one driver.”