Max Verstappen says his runner-up spot behind Lewis Hamilton in the Hungarian Grand Prix felt like an outright win after he almost missed the race when he crashed on his way to the grid.

Verstappen was caught out by the track conditions at Turn 12, rolling his RP16 on to the grid with a damaged front end.

The Red Bull mechanics immediately got to work and managed to replace a damaged track rod and the front wing, completing the task with seconds to spare.

Verstappen was anything but upset about the drama however, collecting his thoughts and then putting his head down when the light went out.

The Dutchman even briefly found himself in the lead when the first pitstop rotations were initiated as conditions warranted a change to dry rubber.

"It was not how I wanted it in the beginning of course, ending up in the barriers on the laps to the grid!" Verstappen said.

"I thought I was not going to race, so to be second is like a victory today.

"But the mechanics did a, amazing job to fix the car. I don't know how they did it, but incredible. To pay them back with the second place, I was very pleased with that.

"The first half was very crucial and from there on, I think we had the right calls, and we had good pace. We just kept doing our own thing and of course to be able to split the two Mercedes cars is good for us." 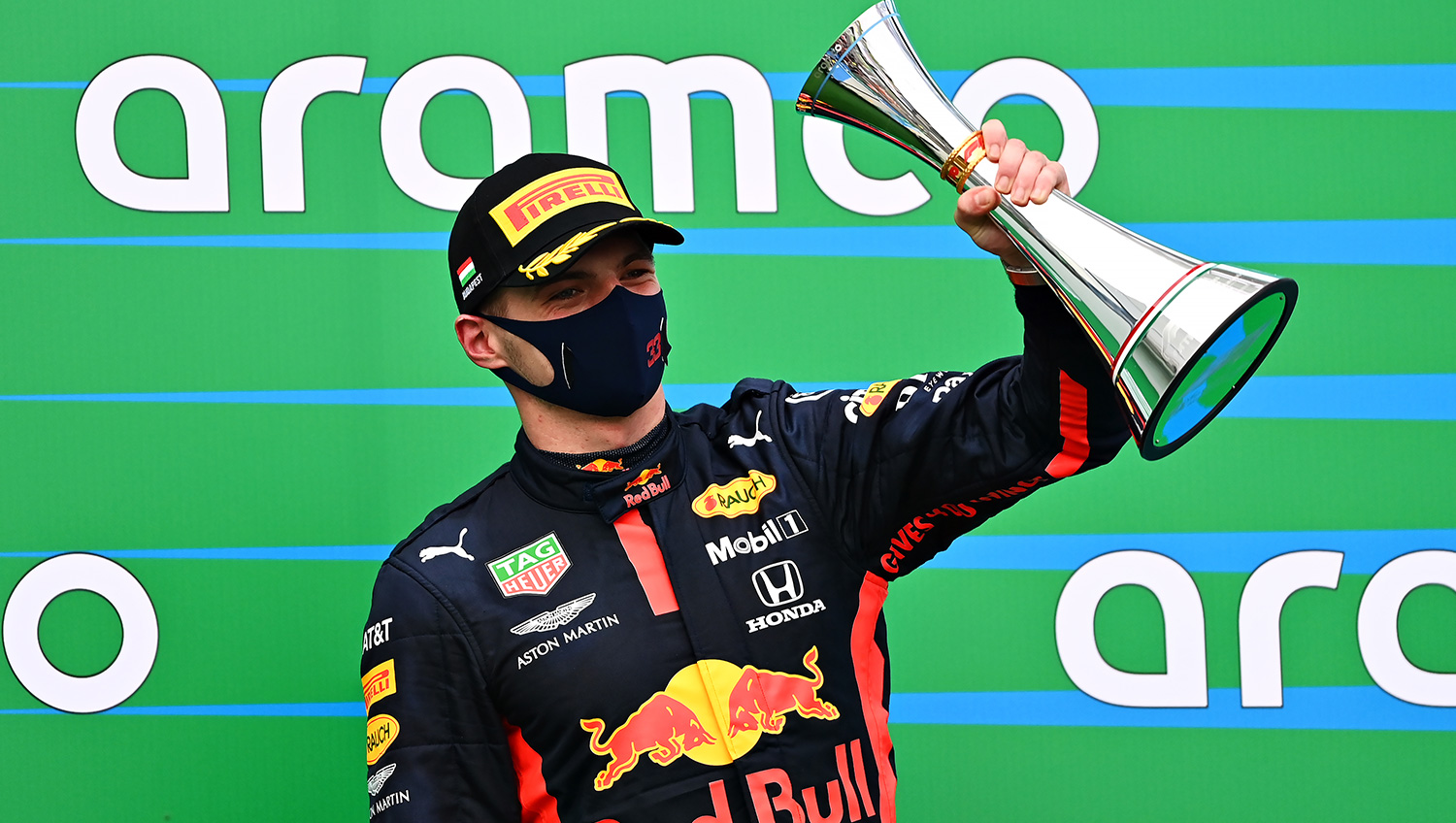 As the race unfolded and reached its final stage, a push from Valtteri Bottas put Verstappen in the Finn's line of sight. But the Mercedes drivers' effort ultimately fell short of snatching P2 from the intrepid mad Max.

"I was just trying to do my own pace, and of course I could see he was catching at like a second lap," Verstappen said.

"Following here is quite tricky, so as soon as he was within 1.5 seconds, it was a bit more difficult for him.

"On the last lap we had also traffic in front, which didn't make it easier for me on all those old tyres. But we managed to hang on and I am very happy with second."

Red Bull team boss Christian Horner, who looked aghast as he watched his driver clout the barriers on his way to the grid, praised his team's mechanics for their outstanding effort and admitted that Verstappen's race result more than made up for the pre-race blunder.

"Max redeemed himself," Horner told Sky F1. "On the lap to the grid on the inters he did his best to go off, I think he went off three times.

"Then almost terminally [at Turn 12], we made a late call after he managed to reverse it out to drive it to the grid. 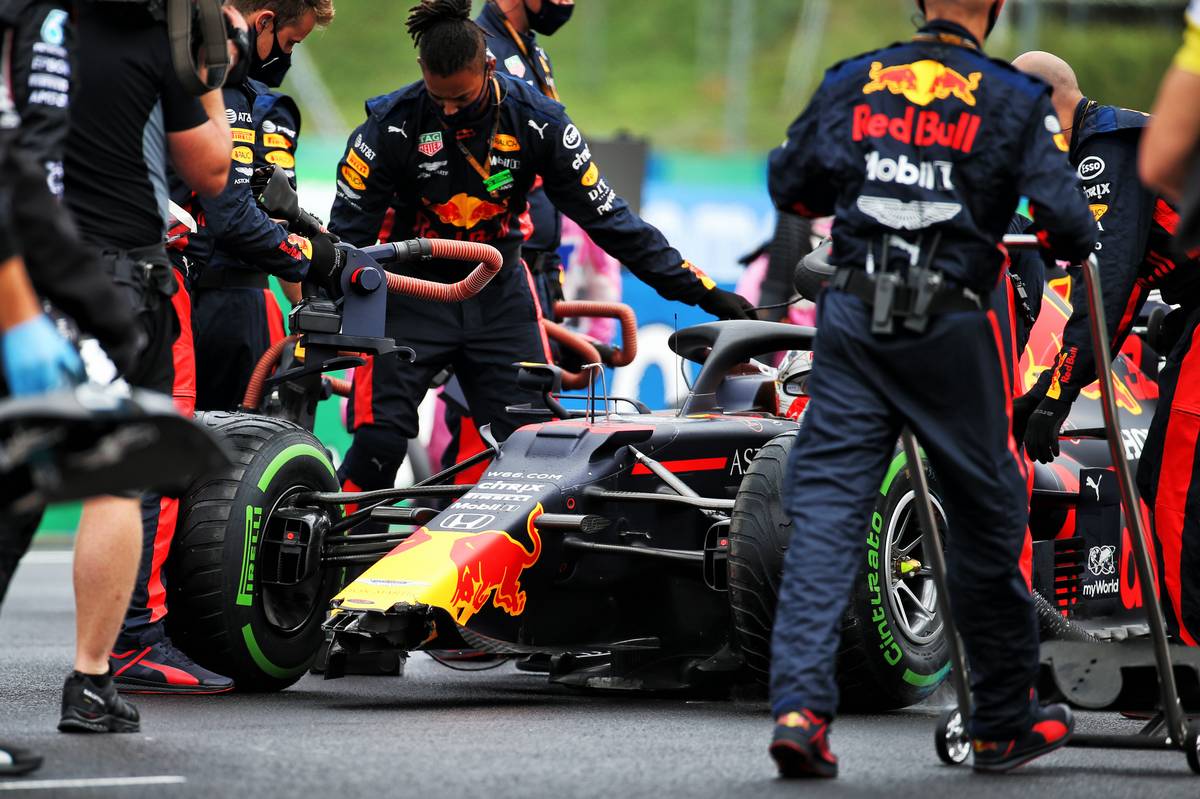 "He was going to come into the pits because he thought it was all over, but we could see from the TV that it was mainly the push rod.

"The mechanics on that car have done an amazing job today getting that turned around in 20 minutes in something that would usually take an hour and a half to get that result today.

"I think we completed it with 25 seconds to go when the wheel went on, and the sweat was dripping off the guys, looking at them work there was amazing.

"The guys are doing an amazing job at the moment, the amount of specification changes we’ve had this weekend, the all-nighters that went through on Friday night, we were obviously on the ropes in qualifying, and to bounce back and get P2 here to split the Mercedes, I think last night I would have bitten your right arm off for that."