Deputy team principal Claire Williams says that George Russell is a match for some of the best and most talented drivers in the illustrious history of the Williams squad.

Russell earned praise for his rookie season efforts in 2019 despite being handicapped by a far-below-par chassis. This season he's already succeeded in progressing to the second round of qualifying in the last two events.

Even though he's yet to clinch his maiden championship point with a top ten finish, Williams says she had complete faith in the 22-year-old - which is why she was do determined to hols on to him for another season.

Comparing the youngster to previous Williams drivers including Damon Hill, Nigel Mansell and Nico Rosberg, Williams said Russell was "“in the same bracket".

She told the latest episode of the F1 Nation podcast that “George is his own person, but the talent is absolutely there.

"Combined with the commitment, dedication and singular focus he has, I can’t speak highly enough of him. We’re just very lucky he’s in the team with us," she said. "I would move heaven and earth to make George a world champion at Williams."

The trouble with having such a prodigious talent in a team that's currently significantly underperforming is that he's an obvious target for bigger teams looking to snap up the next Schumacher, Vettel or Hamilton.

Even though Russell is signed up to a three-year contract with the team, Williams admitted that she had been worried he might be lured away prematurely by the opportunity of racing for a top team like Mercedes.

“I was nervous because he is so good," she said. "I didn’t want to lose him. But equally I’m not one of those people who will stand in someone’s way when they have got a great opportunity."

Such a situation has arisen before, when Williams reluctantly agreed o release Valtteri Bottas at the end of 2016 so that he could replace Nico Rosberg at Mercedes. She was relieved that it wasn't a case of history repeating itself again in 2020. 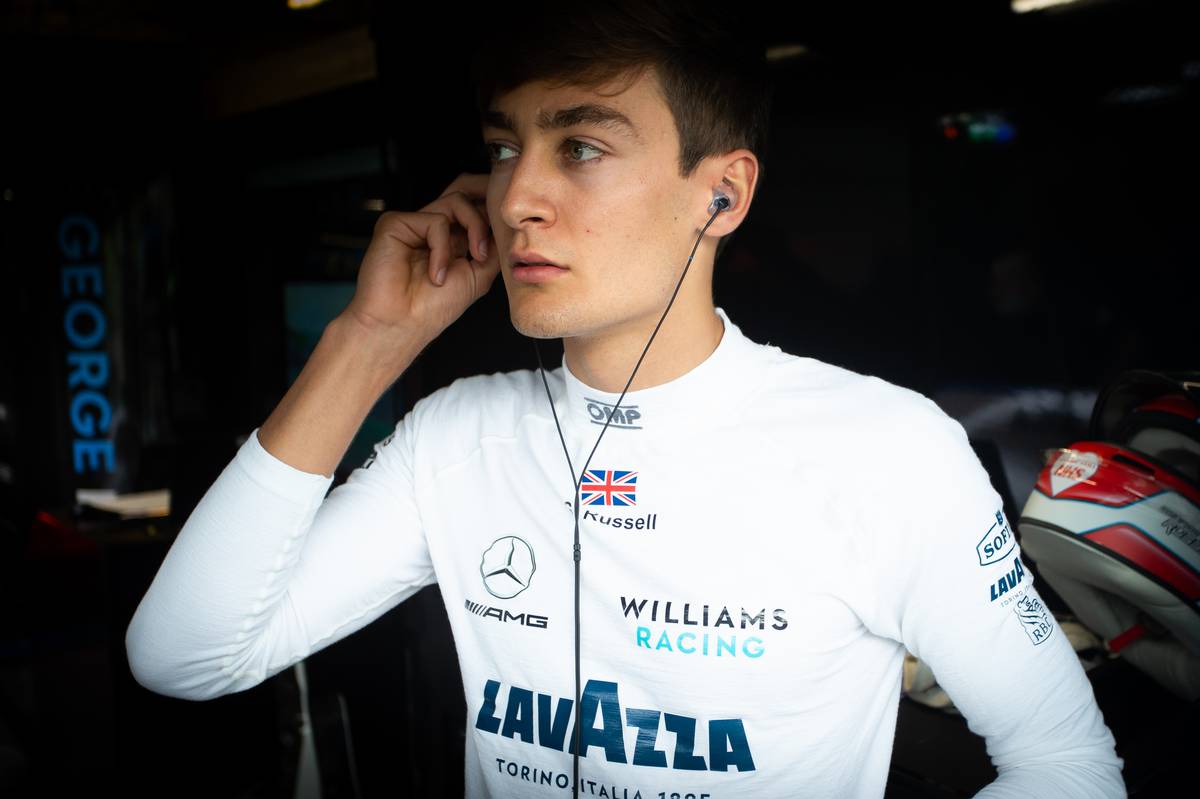 "That hasn’t happened and I’m pleased that George is staying with us. We have him for another year and he’s a joy to have around the place.

“The way he talks to the engineers and the rest of the team, he’s learnt that a driver can have a real involvement in leading a team - particularly when things aren’t going well.

“Having been in a team that isn’t having the best time will make him stronger. He hasn’t had it easy and it will put him in better place in the future. It will make him a better driver.

Mercedes principal Toto Wolff - a former shareholder at Williams - has said that Russell remains a 'very important' part of his own team's future plans.

Next week will see Russell and the team at their home race, the British Grand Prix at Silverstone where they will be hoping for another chance to win their first championship point of their season.