Max Verstappen went into an expletive-laced radio rage after clashing with Lance Stroll in Friday's FP2 session at Portimão, but the Dutchman insisted it wasn't his "problem" if people take offence to his language.

Verstappen and Stroll made contact at Turn 1 when the two drivers went side-by-side into the corner, with the Canadian claiming not to have seen the Red Bull driver as he took his line into the corner.

The collision spun the Racing Point into the gravel while Verstappen was left fuming.

"Is this f***ing guy blind? What the f**k is wrong with him? Jesus Christ. What a retard. I have damage. What a mongol. I swear" vented a visibly infuriated Verstappen.

When the dust had settled, the Red Bull collected his thoughts, defending his position on the track relative to Stroll.

"To be honest I don’t want to talk about it too much as I was so surprised that he just turned in while I was coming up to him," he told the media.

"I don’t know where else to go. I was starting my lap and he just finished his lap, we’ll see what happens. It’s FP2 but it’s a shame that we touched, it was just unnecessary." 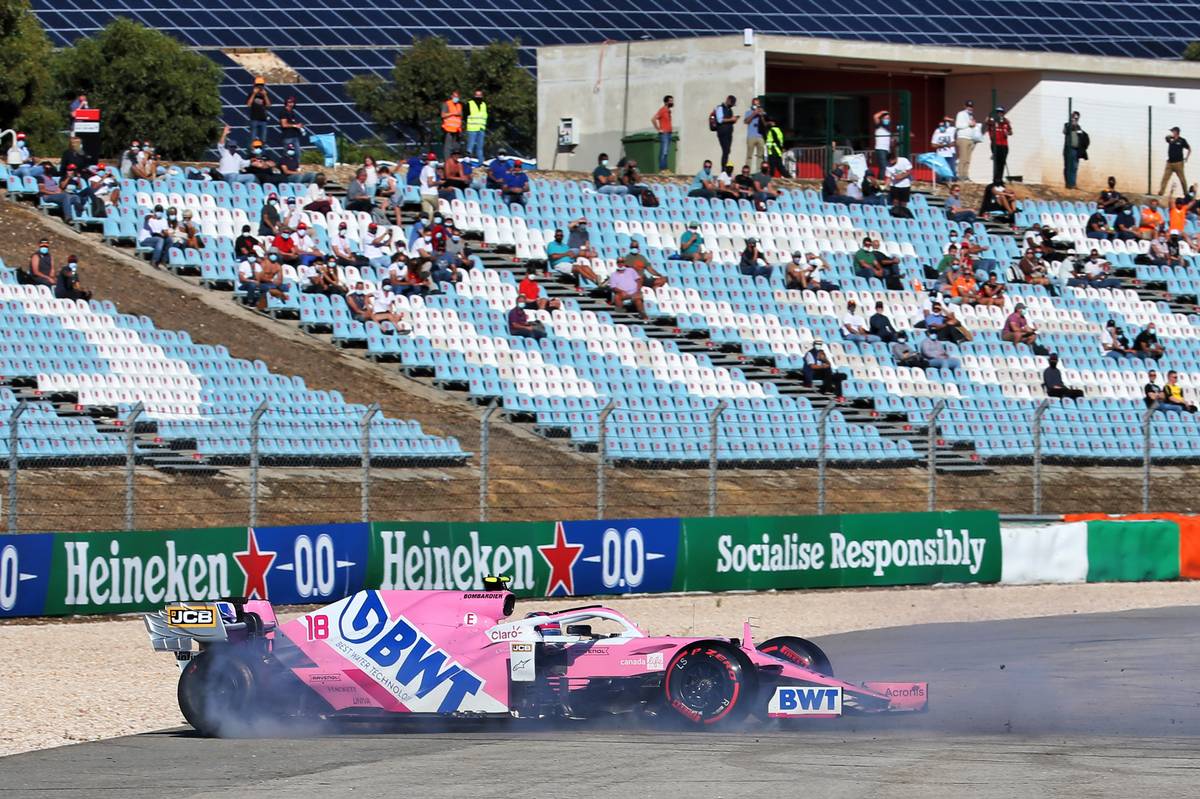 Asked about his colorful language and its potential to offense people, Verstappen said that was "not my problem".

Red Bull team boss Christian Horner also defended his driver's view, and considered that Stroll should have given Verstappen more room as the pair entered Turn 1.

"You’ve got to go back to the previous lap,” he told Sky Sports. “Lance has gone into the last corner and Max has let him go because he wants to get the tow.

"He’s assuming that Lance is finishing a lap and he’s not aware that Lance is going for a second lap, so he’s let him past and he’s tucked up behind him.

"He’s taken the advantage of the tow, pulled up alongside him, and assumed he’s going to back out of it because he knows he’s up the inside.

"Obviously Lance, for whatever reason hasn’t seen him, and he’s committed to the corner and turned in. Both of them were probably expecting the other to back off.

"If that were a race, Max would have been deemed to be up the inside, therefore the car on the outside should have given way."

In the aftermath of the clash, both drivers were head by the stewards, but no further action was deemed necessary as "neither driver was wholly or predominantly at fault".