Valtteri Bottas concluded his opening day of running at Portimão at the top of the timesheet after an incident-packed afternoon session that was twice halted.

Bottas clocked in fastest ahead of Max Verstappen but the Dutchman was involved in an on-track mix-up with Racing Point's Lance Stroll that triggered the sessions' second red flag, with the first interruption caused by Pierre Gasly's burning AlphaTauri.

A late effort from Lando Norris yielded a P3 performance for the McLaren driver while Ferrari's Charles Leclerc and Carlos Sainz completed the top five.

Teams were set to turn their attention to 2021 in the first 30 minutes of FP2, with each driver sampling a set of next year's Pirelli tyres.

Whether the mandatory running on the prototype rubber was responsible or not for many drivers exceeding track limits, there was a flurry of lap times that were deleted. 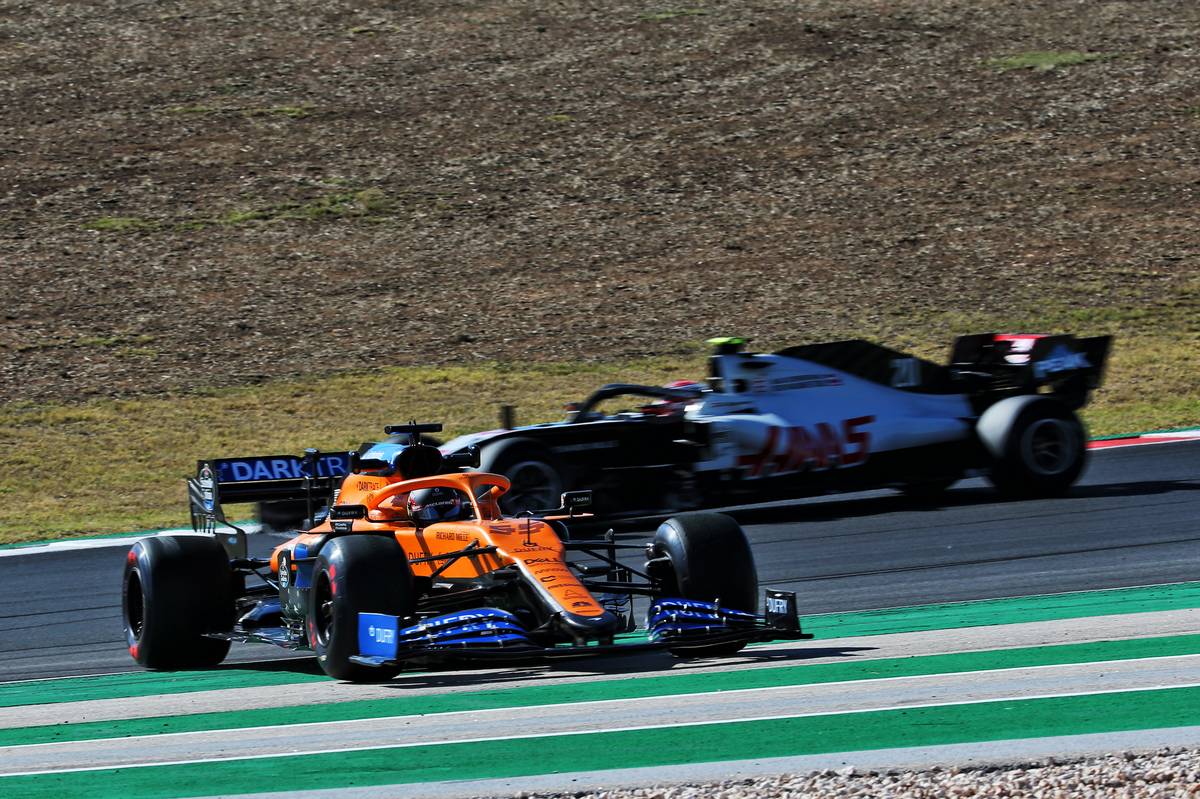 Hamilton also radioed in to complain of bad vibrations with his tyres while Bottas upped the pace to top the times during the "prototype" stint. But the Finn was pipped just before the end of the trial by Verstappen who put a 1m21.575s on the board, stealing Bottas' bragging rights.

Tyre rotations were in order thereafter as everyone regrouped before setting out once again on familiar rubber, with immediate gains.

On the medium compound, Verstappen and then Leclerc jumped to the top of the timing screens, but Bottas - on the softs - overhauled both thanks to a 1m17.940.

But drama followed shortly after when Pierre Gasly's car was seen alight, the Frenchman swiftly exiting the AlphaTauri, the incident logically bringing out the red flag as the marshals extinguished the fire and evacuated the ST01. 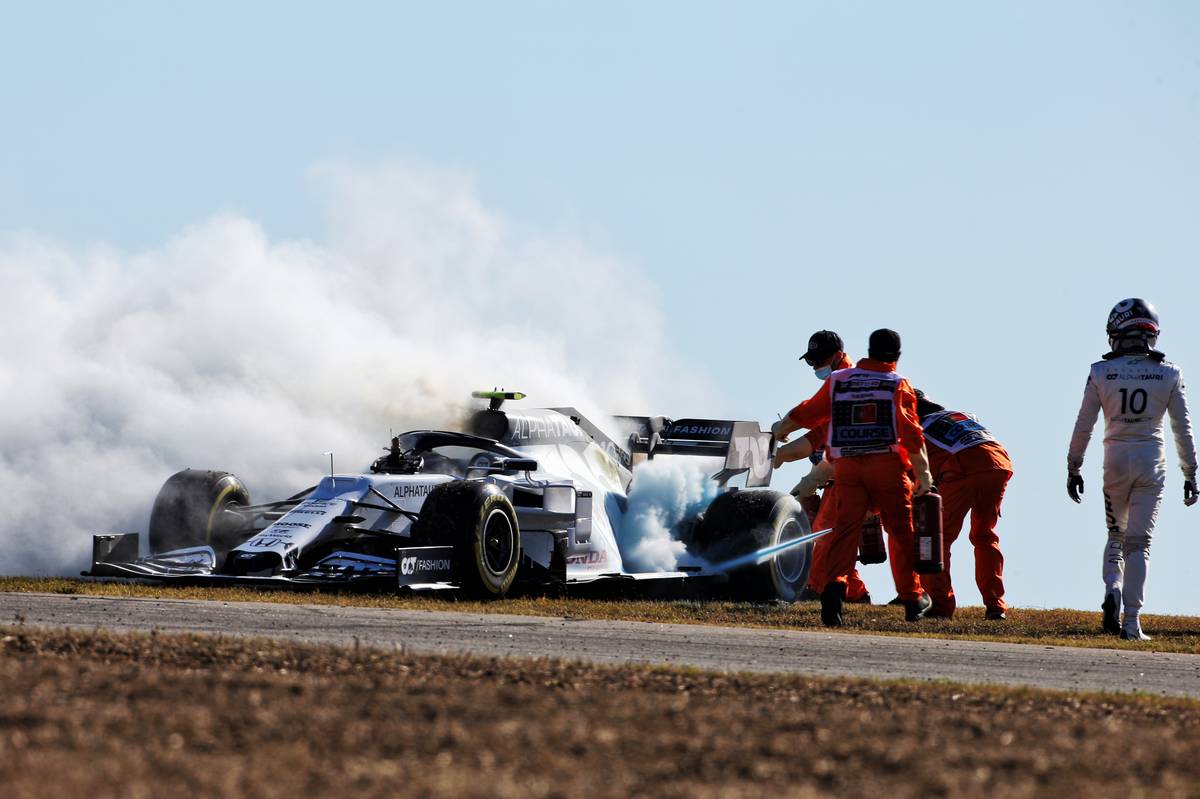 The session resumed after a 15-minute plus interruption only to be paused once again following an on-track clash between Verstappen and Lance Stroll.

The Canadian duly took his line into Turn 1, perhaps oblivious of the Red Bull's presence, the Racing Point spining into the gravel as a result of the contact. One for the stewards to consider, assuredly.

The disrupted session resumed with less than 8 minutes left on the clock and Bottas in charge. The Mercedes driver's best lap remained unbeaten, the Finn edging Verstappen by 0.595s, but a late flyer from Lando Norris pushed the McLarend river up to third, just ahead of Leclerc and Sainz.