Mercedes F1 boss Toto Wolff says he would support a freeze on engine development in F1 from 2022, a "sensible proposal" that would allow Red Bull to continue to use Honda's power unit.

Honda's exit from F1 at the end of next season has left Red Bull scrambling to find an engine solution for both its teams by the end of this year. While Mercedes has dismissed an engine supply deal with its rival, Renault could be compelled by the FIA to rekindle its relationship with the energy drink company.

However, Honda is open to the idea of transferring its F1 engine program to Milton Keynes from 2022, an alternative that appeals to Red Bull, but only under the condition that a freeze on development is enforced after next season.

Why? Because the energy drink company does not have the resources to participate in a costly spending war with F1's remaining power unit suppliers, Mercedes, Ferrari and Renault. 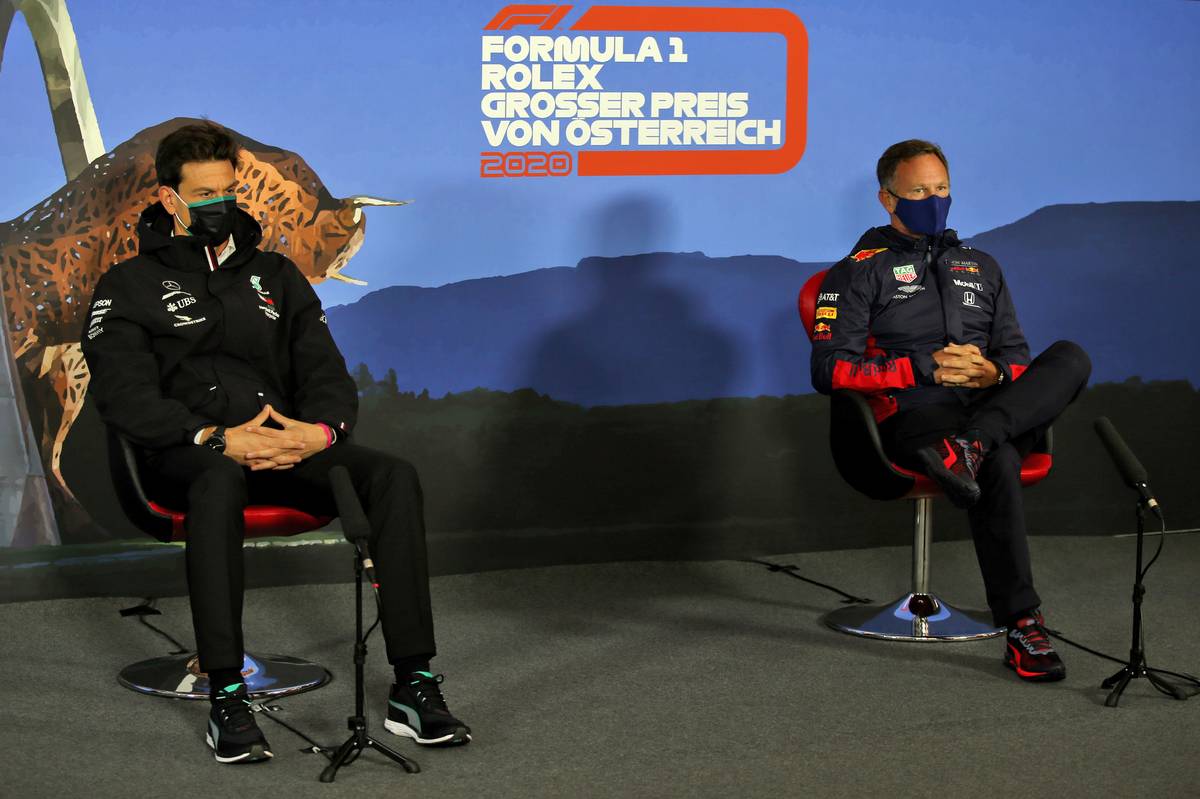 Renault has stated that it would agree to such a development freeze for the remainder of the current regulation cycle that extends until the end of 2025 if parity is achieved between all three engines.

However, Ferrari has voiced its opposition to a power unit status quo, a predictable stance given the dismal performance of the Scuderia's unit relative to its peers, while Mercedes is obviously assessing the situation from a position of strength, having hegemonically dominated the hybrid era in F1.

But Red Bull's Helmut Marko has threatened to pull out of F1 if all three engine manufacturers don't agree to a development freeze.

"I think Formula 1 is in a good state with three engine suppliers," Wolff said. "I totally understand where Red Bull is coming from. They don't want to go back to a customer status.

"They want to be a works team and they have the capability of tweaking it and maybe optimising it, and maybe there are a few things in the pipeline from Honda that are giving them confidence that there is more performance in the engine.

"But I think we should be doing everything to give Red Bull that opportunity."

Wolff understands Red Bull's refusal to lavishly spend for the development of its unit.

"I understand that they don't want to go into a spending war with all the other OEMs on developing engines," added the Austrian.

"It's a sensible proposal. I'd like to support it.

"I think Red Bull is a tremendously important brand for Formula 1, and we should do everything to keep the two teams in Formula 1 and help them with the option of having basically works status."