Nico Rosberg took his hat off to Lewis Hamilton, commending his former arch-rival for his 92-win record in F1, a feat the German hailed as one of sport's "greatest achievements".

Rosberg, the only teammate to beat Hamilton to the world title in F1, underscored the Briton's win record in F1 that now surpasses the milestone previously set by Michael Schumacher, but also emphasized his former opponent's longevity and unwavering commitment.

"I have huge respect for what he’s managed to achieve," Rosberg told Reuters at the launch on Tuesday of the new Extreme E off-road electric series in which both drivers have entered teams.

"One thing is being at the level that he’s at, just a phenomenal driver, but then to stick in there and year-in year-out stay at that high level and be the guy to beat every year and still dominate, that’s just so hard. 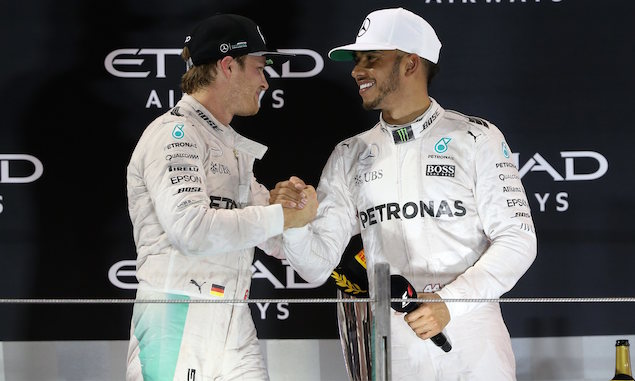 "It surely will go down as one of the greatest sporting achievements in general, not only in Formula One, across all sports. I can just take my hat off to him."

As the only driver to have raced in F1 alongside both Hamilton and Schumacher, Rosberg is well-placed to assess his former teammates. Yet the 2016 world champion puts both men on the same level.

But Rosberg is particularly impressed with how Hamilton has used his notoriety to draw his fans' attention to social issues, climate change and real-world problems.

"I think it’s really cool how Lewis is using his platform and awareness to do good in the world," said Rosberg. "He’s really looking forward, thinking about the future... I also have huge respect for that.

"Amongst all this craziness of becoming the best of all time in Formula One, he still has the capacity to think of the greater picture and that I respect maybe even more."

Gasly officially confirmed by AlphaTauri for 2021