Valtteri Bottas was once again denied victory by his Mercedes team mate Lewis Hamilton, after the Finn's car was damaged by hitting debris in the opening laps of the Emilia Romagna Grand Prix in Imola.

Bottas had secured pole position in qualifying, and got the perfect start to take the lead into the first corner of the Autodromo Enzo e Dino Ferrari when the lights went out on Sunday.

But on the second lap of the race Bottas found himself bearing down on debris left in the middle of the circuit - and there was nothing that he could do about it.

"The start was good and that was one of the main things to get right today," Bottas told the media after the end of the race.

"On lap 2, suddenly out of turn 7, there was debris. I didn't have time to avoid it. I aimed in the middle of the car at least, and tried not to run over that with the tyres [to avoid a puncture].

"But obviously it caused some damage, or something which made the car quite tricky to drive," he reported. "I think that made a big effect today."

It's understood that the debris was a broken endplate from Sebastian Vettel's Ferrari which had been the result of a first lap contact with Kevin Magnussen, which had damaged the left hand side of Bottas' floor and bargeboard.

"It was stuck underneath his car," reported team principal Toto Wolff. "It was debris he over ran over on lap two and he couldn't avoid it." 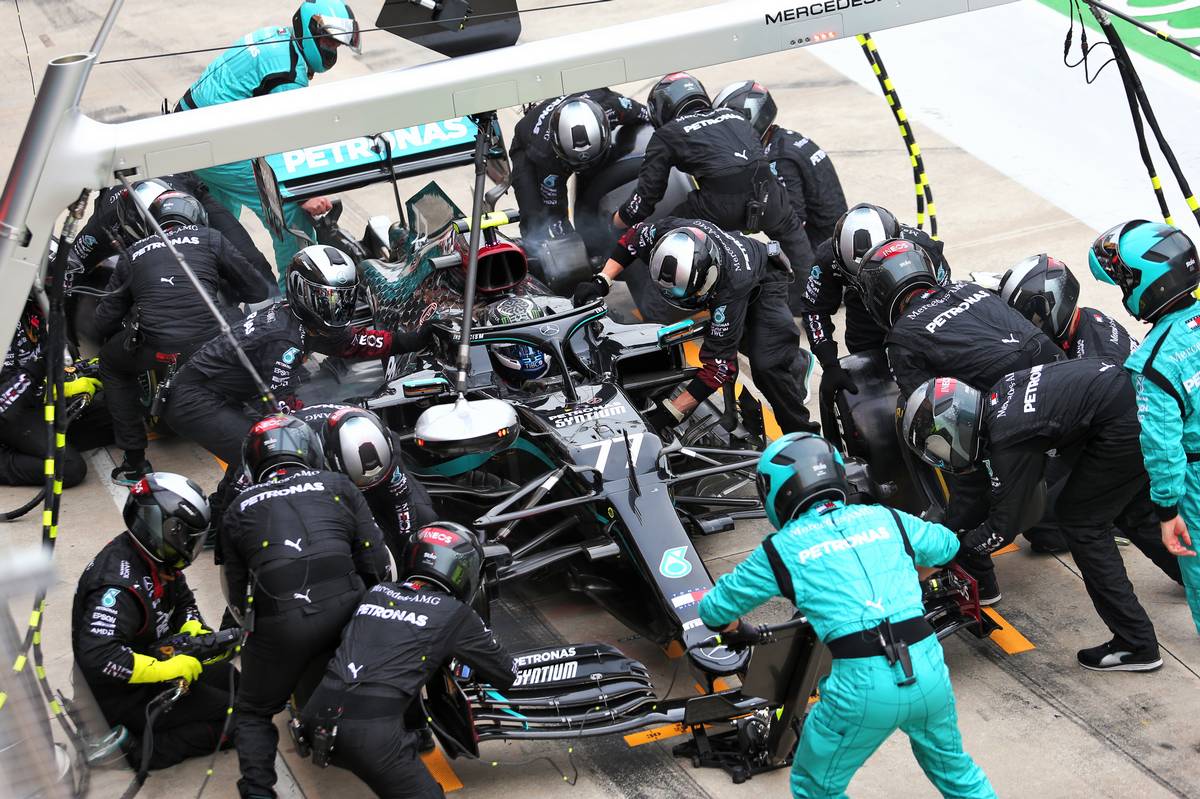 The resulting drop in aerodynamic performance handed the advantage to Lewis Hamilton, who was helped by a Virtual Safety Car to pull off the overcut on Bottas and Red Bull's Max Verstappen.

It also opened the door to Verstappen to close on Bottas and pounce when the Finn ran wide in the middle of Rivazza on lap 43 for second place.

"I was really pushing hard to try and avoid Max getting through," Bottas said. "I had to push over all my limits and that led to a mistake, so I was unlucky."

However a subsequent tyre failure on the Red Bull meant Bottas ended up back in second position by the chequered flag.

Even so, he's now 85 points behind Hamilton in the drivers championship meaning that the Briton can theoretically wrap up the 2020 title as early as the next race in Turkey.