Lewis Hamilton was critical of Pirelli's 2021-spec tyre that drivers put to the test on Friday in Bahrain, insisting the new rubber was "worse" than its current specification.

Each driver was allocated two sets of the experimental 2021 tyre to sample in either FP1 or FP2.

Ahead of setting the fastest time of the day, Hamilton put the rubber to the task in the evening session, but the Briton's feedback was anything put positive.

"We’ve got a team here from Pirelli and I have the utmost respect for the guys that load our tyres up, come here and keep us safe and they do an amazing job," said Hamilton.

"Unfortunately, we’ve had the same tyre for the last two years.

"At the end of 2019 they brought a new tyre, which they normally do, and it was quite a bit worse. So then they said ‘well, we’ll just keep the tyre from last year’.

"They’ve had two years now to develop a better tyre and we’ve arrived with a tyre that’s three kilos heavier and is like a second worse per lap." 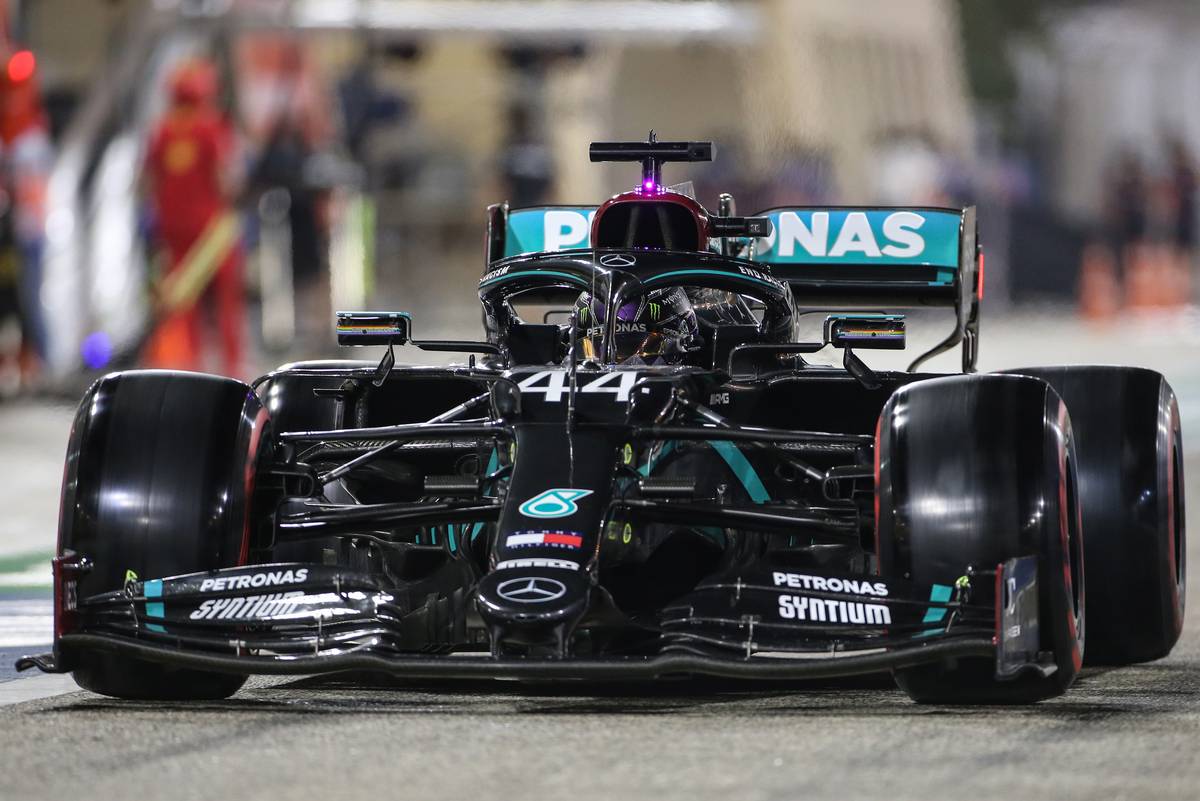 Hamilton admitted to being baffled - and worried - by the result of Pirelli's efforts.

"I know for the fans that doesn’t really make a difference but from a driving point of view we’re working with brands and partners who are at the forefront of technology and elevating and moving forwards.

"And if you’re going back, after two years of development, then I don’t know what’s happening.

"It definitely doesn’t feel good out there and it’s a worry.

"I’d prefer to just stay on these tyres. If that’s all they’ve got and that’s the best they can do, which clearly it is, then it’d be better just to stay with this tyre."

Hamilton previously took a keen interest in Pirelli's work to produce a better tyre, attending an FIA meeting in Paris as the representative of the GPDA to help guide F1's exclusive tyre supplier and define the 'target letter' intended to determine the characteristics of Pirelli's range of compounds.

"The previous target letter we weren’t involved in and they hadn’t listened to a single word we’ve said in previous years," said a visibly frustrated Hamilton.

"We delivered lots of emails going back and forth to help them. And it’s still no better.

"So I wouldn’t say that we can do any more. Ultimately it’s technology. I don’t know if we’re at the limit of technology or it’s just their limit."

At the end of Friday's running, Hamilton wasn't the only one left unimpressed by Pirelli's 2021 product.

Red Bull's Max Verstappen said: "We were a bit all over the place on grip and balance". An verdict echoed by team mate Alex Albon before his massive crash: "They’re slow and they’re not very grippy. I reckon they were over a second off what we have now."

And McLaren's Lando Norris commented that the tyre was "a little bit trickier to drive, not a big difference".

Albon owns up to crash: 'I should have pulled out of it'