Max Verstappen says that if he was an F1 team boss he would "kick out of his seat" a driver in shock who would refuse to race after witnessing a dramatic accident.

Romain Grosjean's horrendous crash in Sunday's Bahrain GP, which the Haas driver miraculously survived with just minor burns, covered the F1 paddock with a blanket of anguish and shock.

In the immediate aftermath of the crash, drivers radioed in to inquire about Grosjean's well-being, but multiple replays of the dramatic incident during the race's red flag period justifiably unsettled many.

Footage of Grosjean's Haas hitting and splitting the barriers and exploding into a raging inferno was a harrowing sight that may have prompted a few drivers to call it a day, there and then. 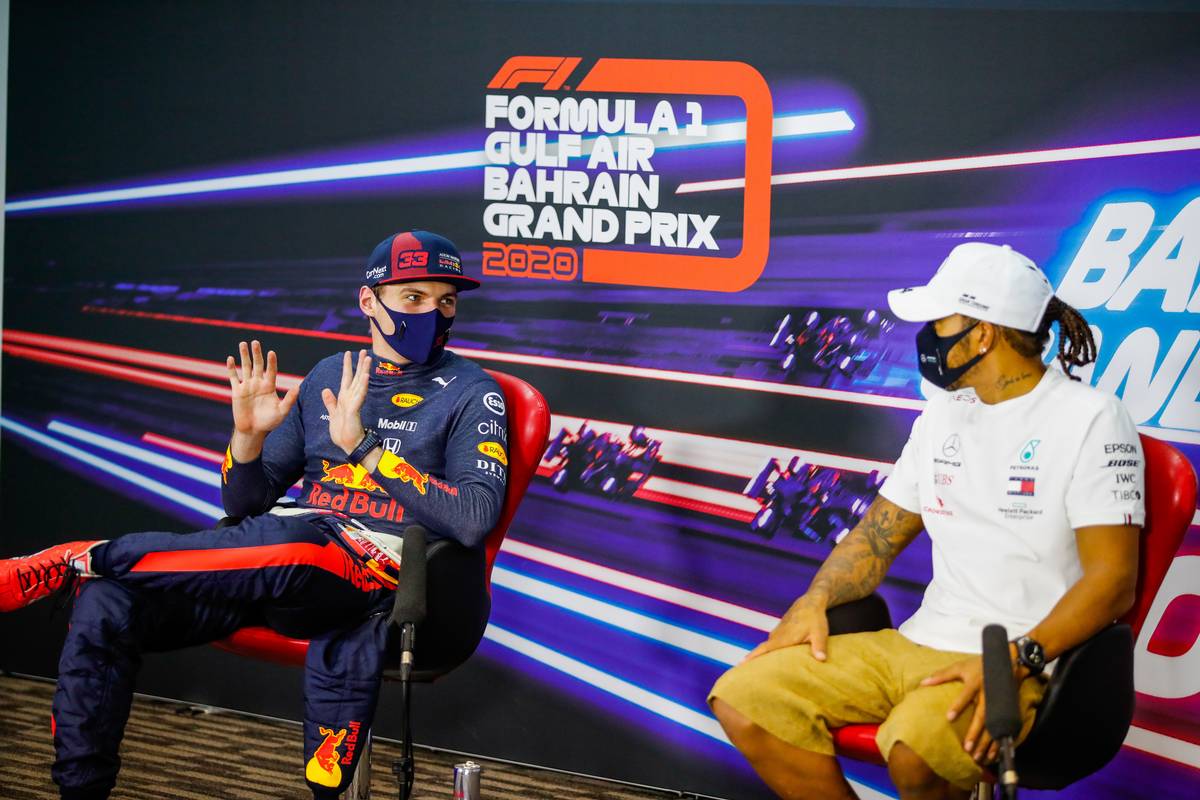 In Sunday's post-race press conference, it was suggested to race winner Lewis Hamilton and Verstappen that drivers should perhaps be given the choice to not restart a race in the event of a major crash involving one of their colleagues.

"We’re not the safety regulators," replied Hamilton. "We’re here to do a job and we rely on the FIA who are aware of safety and we trust them implicitly. So no, I don’t think so."

But the Dutchman dismissed such an option more bluntly.

"I don’t get why you wouldn’t race," Verstappen said. "If I would be the team boss, I would kick him out of the seat.

"If the guy wouldn’t race, if I would be the team boss, I would tell him ‘then you never sit in the seat again’."

Ultimately however, Verstappen was grateful that Grosjean's horrendous ordeal had not been a terminal affair.

"Of course that was a crazy incident," said the Red Bull driver.

"When I saw the flames, that was pretty scary to watch but luckily of course he jumped out of the car himself and that was the most important. You can really see the safety, how much it has improved.

"I think also the Halo today saved his life. In the beginning when it came onto the cars I was quite critical about it, that it looked ugly but you can’t say anything about the safety because today it definitely saved Romain, so very happy about that.

"Thoughts are with him and, of course, his family as well because they are watching in front of TV and that’s never nice. So I hope that he will recover very soon and he will be back with us."