Formula 1 has defended the TV coverage of Romain Grosjean's crash at the start of Sunday's Bahrain GP after Daniel Ricciardo vehemently criticized how the incident had been broadcast.

In the immediate aftermath of the dramatic accident which was seen unfolding in the background as the field barreled down towards Sakhir's Turn 4, FOM did not show any replays or aerial footage of the incident.

It was only when confirmation was received of Grosjean's safe escape from the fiery crash that additional footage of the crash was broadcasted.

However, the horrendous event was replayed multiple times during the lengthy red flag break, with team members and drivers fixed on their garage's TV screens.

A disgusted Ricciardo lashed out at F1, calling the replays "disrespectful and inconsiderate for Grosjean's family, and for all our families watching".

A spokesman for FOM said the coverage followed stringent procedures and was only initiated once it was clear that there had been no serious injuries suffered at the scene of the crash.

"Firstly, at F1 this isn’t about entertainment and a few procedures and protocols are in place before any decision to run a reply is made," said the FOM representative.

"Following an accident, all onboards, helicopter feeds etc are cut. There are direct comms between race control and the broadcast centre.

"No footage is shown until there is confirmation that the driver is OK. On this occasion at this point F1 showed Romain with the ambulance, helmet off and walking with aid.

"No replays of an accident are shown until there is approval and confirmation from race control/FIA that all persons are safe (driver, marshals, doctors etc). Replays then started.

"The context of what a viewer sees and hears with the commentary is important, with them talking about the safety of Romain, the halo, FIA safety improvements, and updates from the medical centre.

"There is constant dialogue between F1, FIA /race control, and sound judgement on viewers, families and those affected." 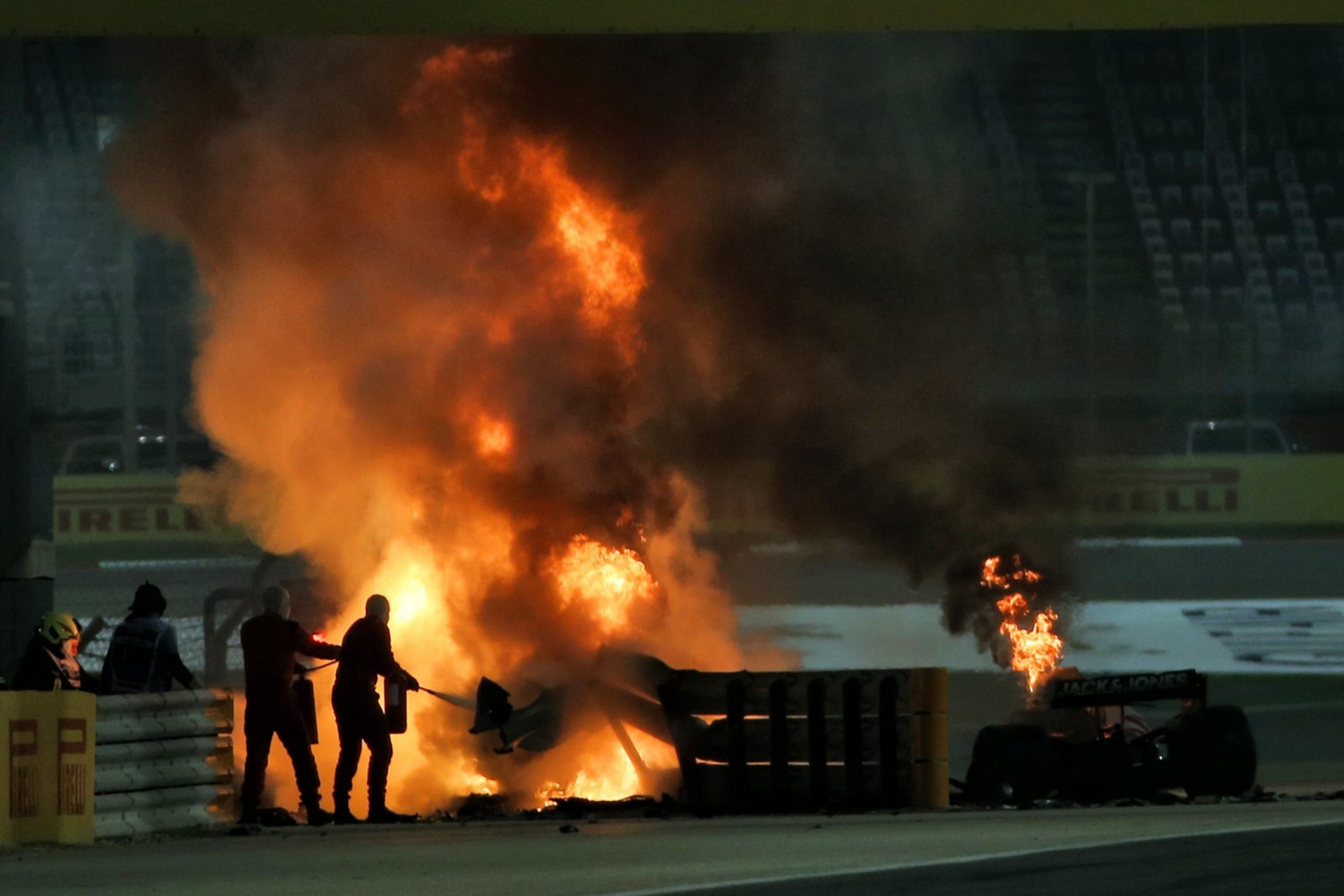 Haas team boss Guenther Steiner had no issues with FOM's coverage, insisting it was important to inform those at home of the accident's outcome.

"You can have two opinions here," Steiner said, quoted by Motorsport.com. "But my opinion is if it ended lucky, and nothing bad happened, why not show it to make sure people understand?

"Yeah it was bad, but everybody is OK. That was how to deal with it. We wanted to get the news out as soon as possible to the people, Romain is OK guys, just because it’s difficult to contact family, friends, people who know us, people of the team.

"If we sent one message via TV and something like this, it’s much more powerful.

"I think showing it and showing him jumping out, yeah, it looks a little bit and it is dramatic, but it ended good. So long as it ends good, I’m fine.

"For sure, if something bad happens, it shouldn’t be shown. I’m not an expert in TV ethics, but in my opinion, a good thing was shown.

"It was a bad accident, but we got lucky and everything ended OK. I wouldn’t say good, because things like this don’t end good. It was just OK."