Sebastian Vettel says his Bahrain GP was compromised in part by a "ruthless" maneuver by Ferrari teammate Charles Leclerc on the restart at Sakhir.

The German driver had put his podium finish in Turkey in the rear-view mirror after the Scuderia's under-performance in qualifying which Vettel and Leclerc finished respectively P12 and P13.

Nevertheless, the four-time world champion was banking on circumstances and perhaps a bit of luck to improve his position in the pecking order on the restart after Romain Grosjean's horror crash. But neither worked in his favor.

Vettel was 10th when he barreled down in the middle of the field into Turn 1 while adopting a relatively cautious approach. But an unexpected lunge from Leclerc caught the departing Ferrari charger by surprise. 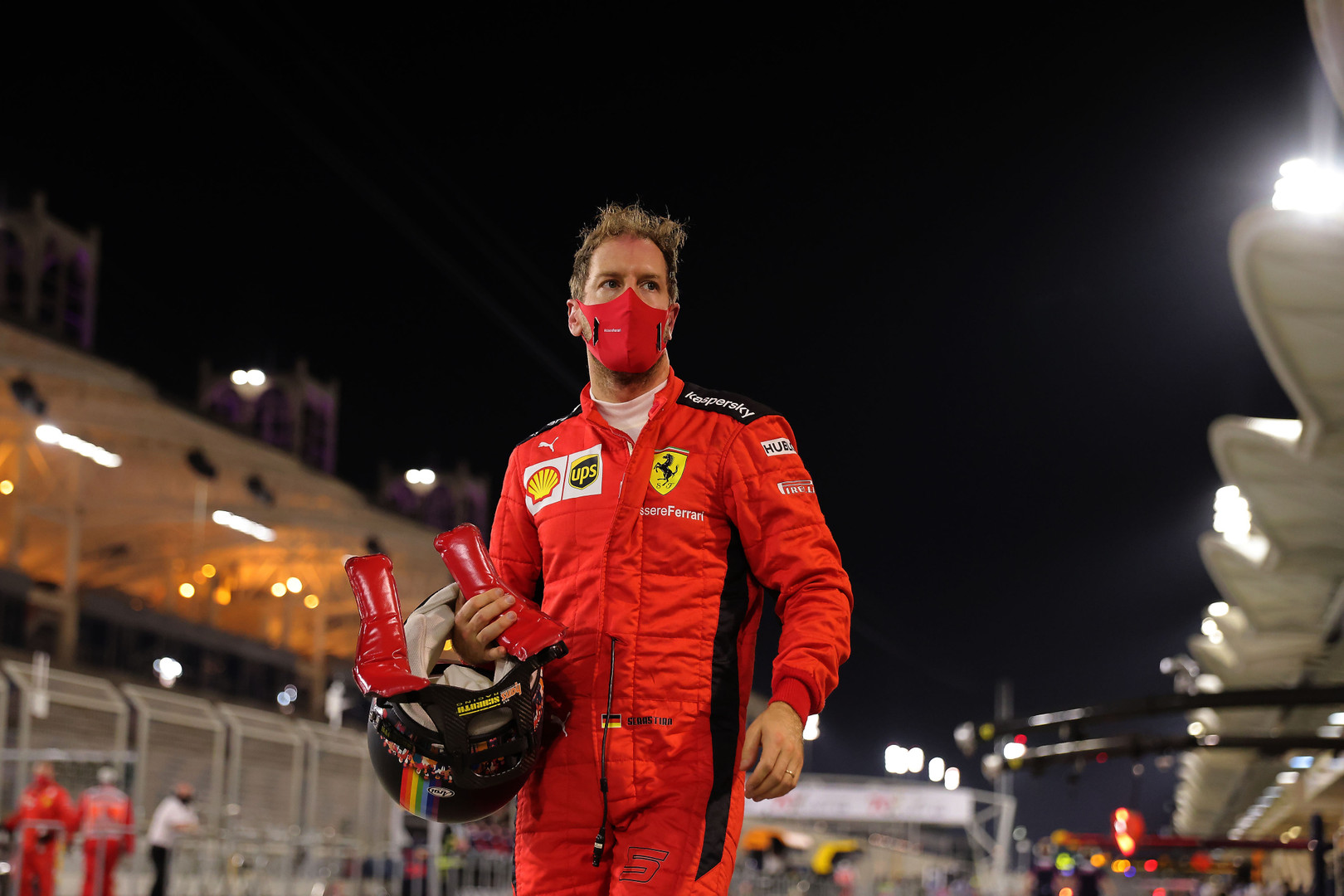 "Again, he can't just do that, as if I wasn't there," Vettel quipped on the radio equating the move to Leclerc's ill-fated leap up the inside at Spielberg earlier this year.

"It's the same as Austria, seriously. This time I, you know I... should have crashed, maybe it was the better option."

After the race, Vettel addressed the moment with a cool head.

"I took extra care for Charles who I think was maybe a bit ruthless, but after that there was probably a lost fight from there," he said.

"I don’t know, the first stint was really poor; obviously at the start I think I lost a lot of ground because I got squeezed [by Leclerc]. I took extra care for the other car, and then I was compromised a lot, lost positions…"

Vettel lingered hopelessly among the backmarkers during his first stint on Pirelli's hard rubber, describing car as "undrivable" before noting a slight improvement after his first tyre rotation.

"The hard tyres never seemed to work, so yeah, after that it was not too bad, but we were nowhere and there wasn’t much to recover,” he said.

"I think in free air, in the end, it was not so bad - after the first change in tyres, it was OK. But the first set just never seemed to start working, so it was very difficult.

"We lost a lot of ground at the start."

Vettel's efforts yielded a P13 at the checkered flag while Leclerc salvaged the final point of the day. Overall, the race likely convinced the German once again that the 2020 season just can't end soon enough.