Ross Brawn says F1 megastar Lewis Hamilton is an "influential character" who has made people think in the past year, insisting the Mercedes driver must remain in the sport.

A little over four weeks until the start of pre-season testing in Bahrain, Hamilton has yet to sign a new contract with Mercedes for 2021 and perhaps beyond.

It's almost certain the two parties will reach an agreement and continue their massively successful partnership together.

Brawn believes the contract delay likely reflects the hard bargain being driven by both Hamilton and Mercedes, but the F1 chief says that the Briton's presence on the grid is about more than tagging on more wins and another world title. 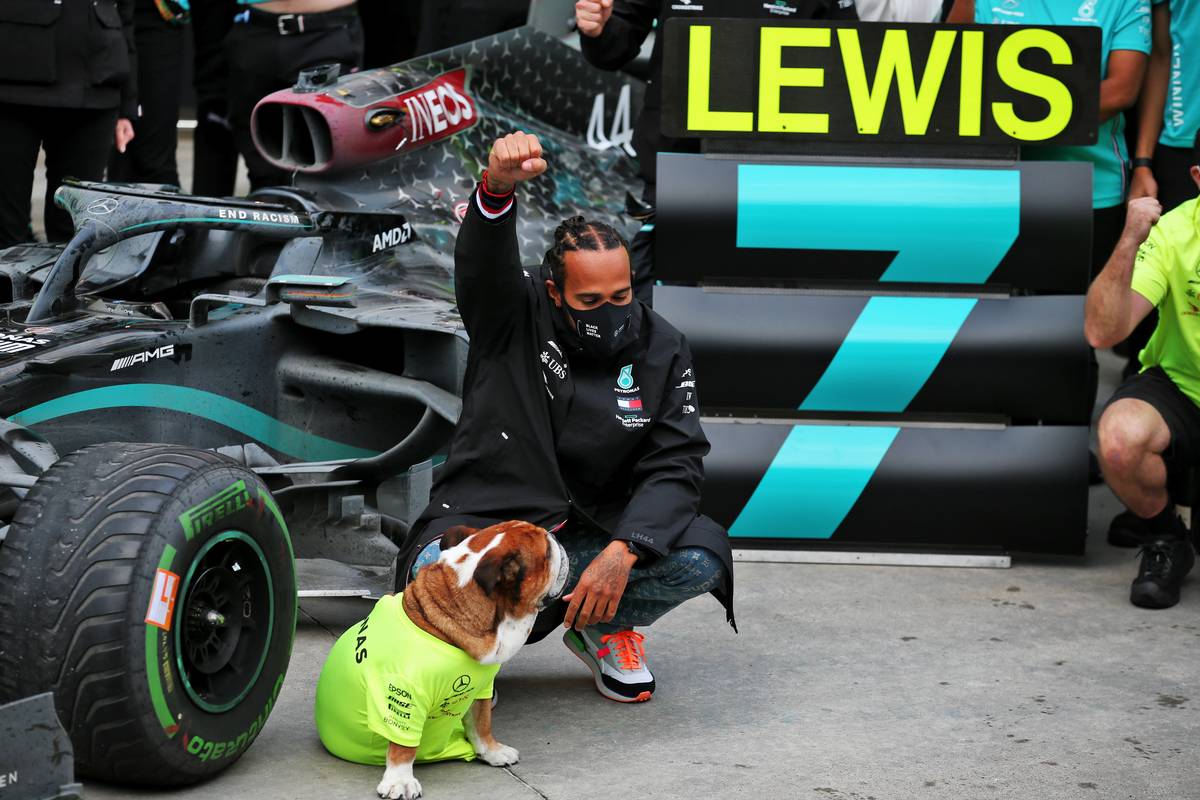 "It’s up to Mercedes and Lewis to find their solution, but it would be a great shame for Lewis (to stop)," Brawn told RACER.

"I don’t imagine for a moment that it’s going to happen. I think Lewis loves the sport too much, Mercedes like Lewis too much. There’s a bit of jousting going on, clearly, between Toto and Lewis, and that’s all part of the entertainment!

"But we want Lewis to continue. He’s a huge figure in the sport. He’s made people think – particularly this past year – on a number of issues which are associated with the sport but are perhaps not the focus of what we normally do, but things that are very important and have made people think and consider their approaches and attitudes. That’s been invaluable."

Hamilton's anti-racism activism permeated through the sport last year. The 95-time Grand Prix winner convinced Mercedes to change the livery of its cars from silver to black, encouraged his fellow driver to take a knee before each race and compelled F1 to review and tackle the sport's diversity issues.

The combination of Hamilton's on-track success and off-track activism has produced a strong and leading figure for F1.

"He is an influential character, he’s good for our sport and probably one of the few megastars that we have in Formula 1 today," added Brawn.