The small Dutchman left only crumbs for his rivals in Riyadh, topping free practice, his qualifying group, the superpole segment and the 32-lap race.

It all started with a clean getaway and a commanding lead into Turn 1, after which de Vries was able to build a cushion over his rivals, although successive Safety Car periods kept the Mercedes driver on his toes throughout as he carefully managed his energy consumption. 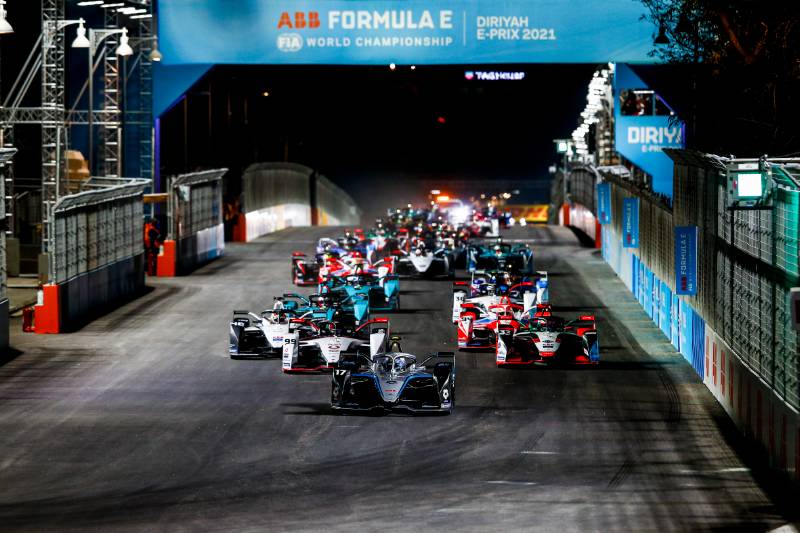 Behind, a spat between Porsche's Pascal Wehrlein and Audi's René Rast saw the latter gain an upper had over his countryman, but the Team ABT charger was unable thereafter to make any real inroads into de Vries' advantage.

Meanwhile, Mortara was on a tear, making a productive use of his attack mode to put one over on Evans and Wehrlein thanks to a wicked double-pass maneuver.

After the second Safety Car intervention sparked by a heavy crash by Andretti's Maximilian Gunther, Mortara again made good use of his attack mode on the restart to pass Rast and ensure his runner-up spot behind de Vries while Evans claimed the final spot on the podium. 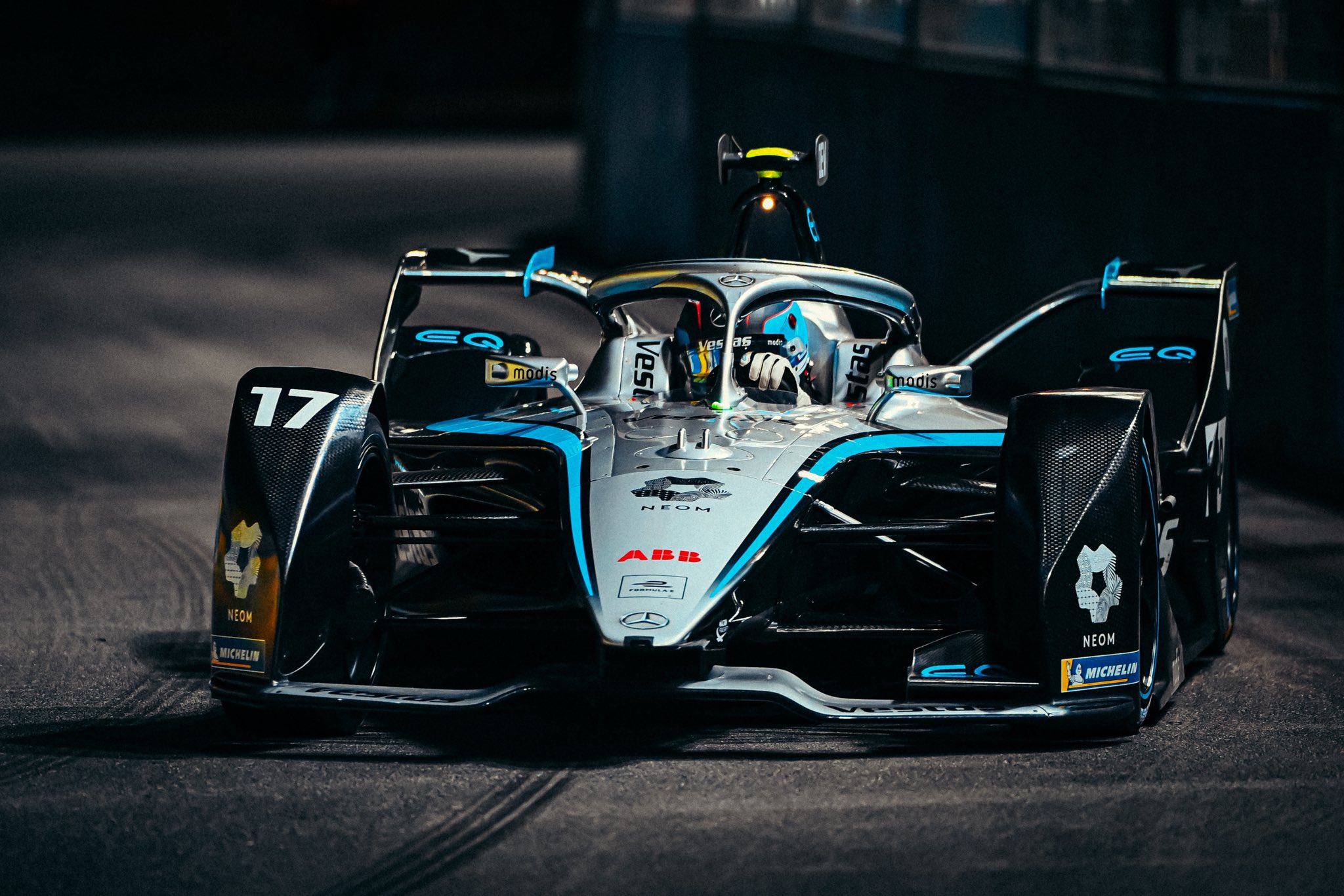 "My first victory in Formula E! What a fantastic result and a perfect start to our second season," said an ecstatic de Vries. "I don't know why, but I was quite calm after the race despite the pleasure of winning.

"It's been a great weekend for me so far, setting the fastest time in every session and then winning the E-Prix itself. That's obviously a very nice feeling, but it was by no means an easy race.

"There were so many safety car deployments, and it was difficult to always select the right energy management. It took a lot of communication with the team, but it's great that I was able to come home with the win in the end. Many thanks to the whole team.

"I know it sounds like a cliché, but everyone in our team has worked very hard over the winter to get us up here on the podium today. So again, a huge thank you to the whole squad for their tireless work. You've earned this victory." 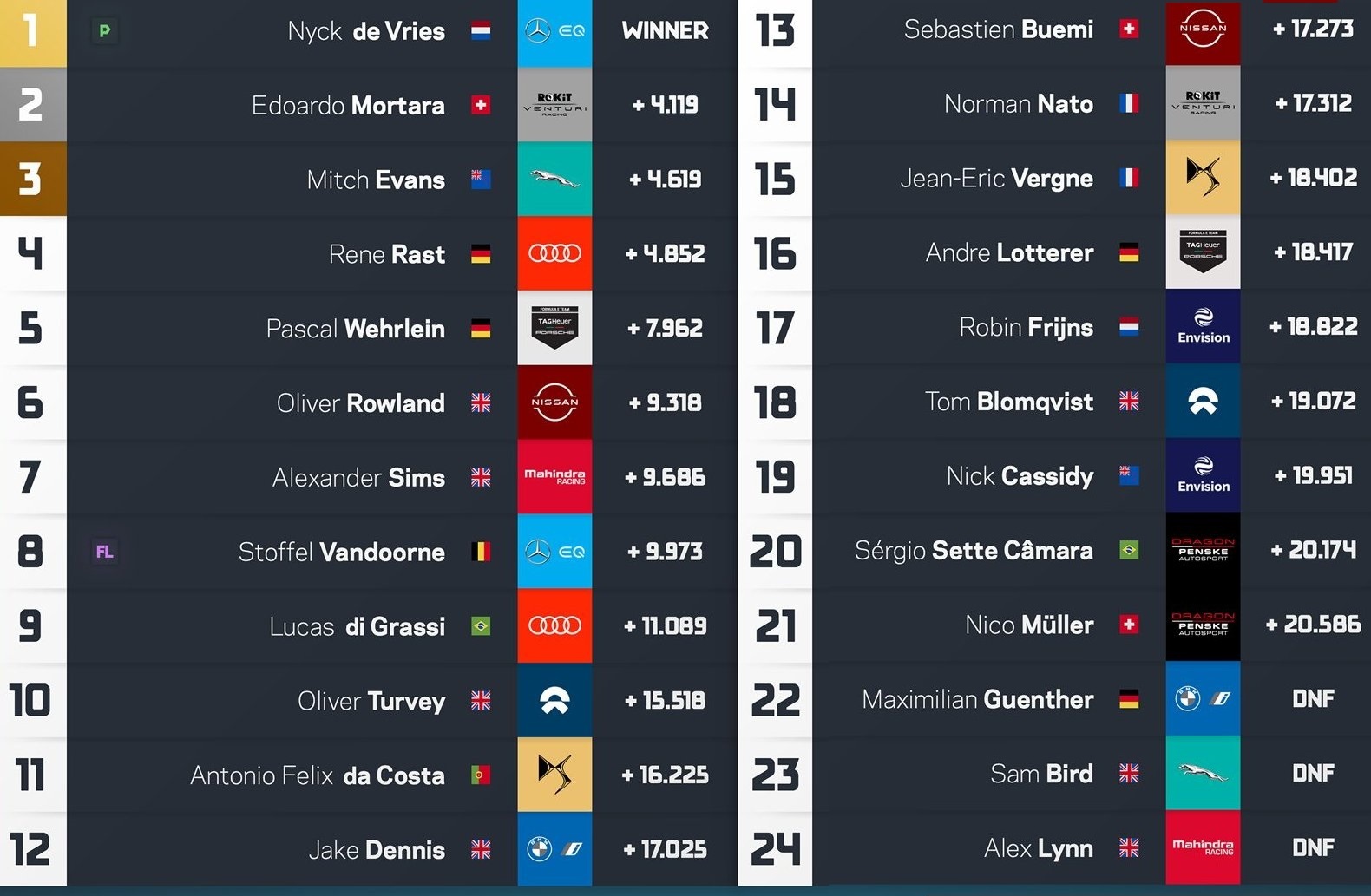