New Formula 1 CEO Stefano Domenicali says that becoming the head of the sport is something that he never expected to happen - and that he has no designs on being a 'Bernie 2.0'

"I was a passionate Formula 1 fan and as such the stars and especially Bernie Ecclestone were out of my reach," he told Auto Bild this week.

"Over the years I became part of this world at Ferrari, and now I'm CEO," he continued. "I see that as a great privilege.

"Although I had a great job as Lamborghini President. But I love this sport and will give everything to make it fit for the future.

"But I don't want to put myself on a par with Bernie at all. He turned Formula 1 into a global sporting event. It was his baby that he raised - I'm taking over from Chase Carey, who started the [next phase]."

Domenicali said that he felt the sport was on solid ground despite the disruption caused by COVID in the last year which turned the 2020 timetable on its head.

"The pandemic, it is true, is a challenge for everyone and we have to remain flexible," he said. "But last year F1 and the FIA managed to host a world championship under what were actually impossible conditions.

"We have thus laid the foundation for this year, which with 23 races will be the longest season of all time," he noted. "It won't be easy, but all the organisers have given us a signal that they want to host the Grand Prix.

"My vision for F1 is first and foremost that it is a sport that should entertain the fans, offer the teams a sustainable platform and the drivers the opportunity to show their heroic skills.

"At the same time, we also want to offer manufacturers the opportunity to further develop their technology for the road like in a laboratory and to present it to the world.

"We mustn't forget: our hybrid engines are the most efficient in the world. With just 100 kilos of gasoline, we cover 305 kilometers in a very short time.

"This is unique and in the future we want to take this technology to the next level with sustainable fuel - to keep the manufacturers present and to attract new ones." 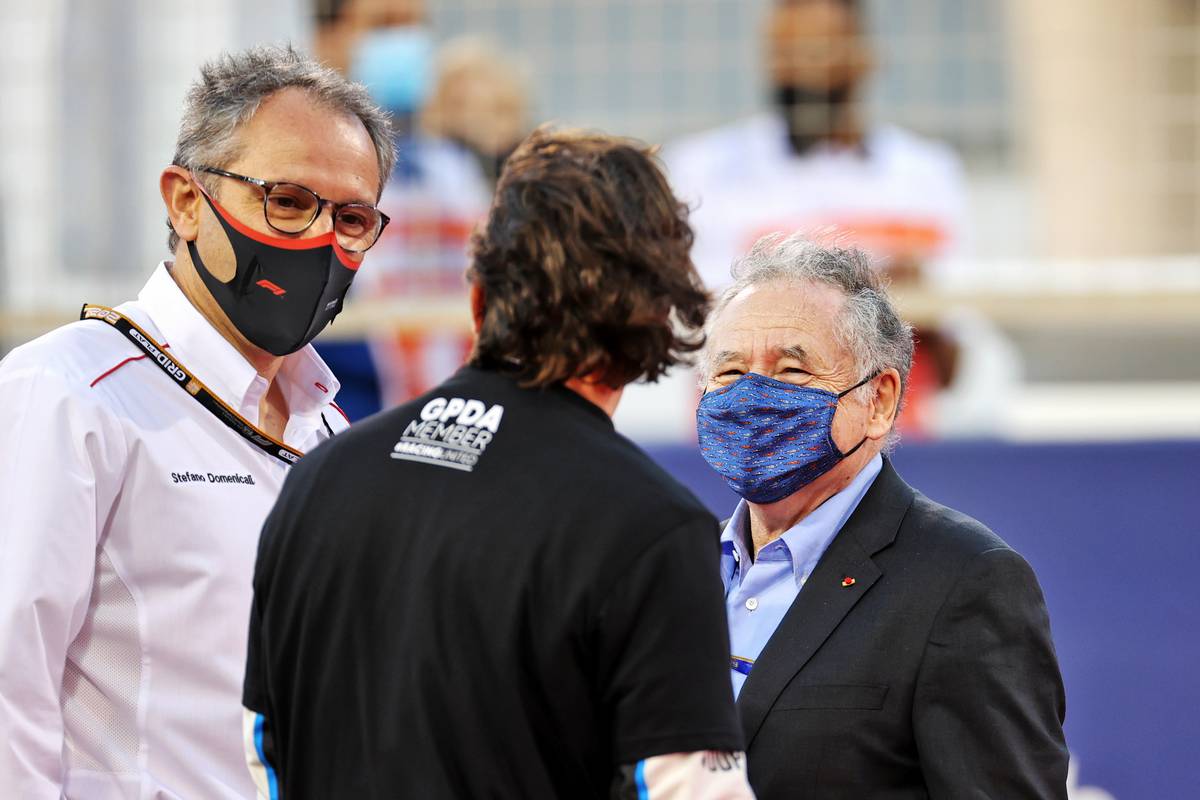 Changes to the sporting regulations and a top limit on the spending allowed by teams is a key component of achieving that.

"We have a basic contract with the teams and we have a budget cap. These two elements give us stability for the future," Domenicali said.

"And don't forget, there is great interest in F1 from the financial market. Many investors are knocking on our door. That's a good sign.

"Even and especially in crises, people long for distraction through sport."

Domenicali also spoke about the importance of diversity within the sport and why it would remain a focus for F1 in 2021.

"Diversity is an important part of our we-race-as-one program," he stated. "As a global platform, we have an obligation to spread the idea of diversity and inclusion and to fight against racism.

"I very much hope that we will soon have a female driver in F1 and will make sure that there are no barriers [to that happening].

"In the end, it's about who is the fastest. And: We not only need drivers, but also engineers and mechanics. We want and need to open up further."

Lewis Hamilton remains the most visible champion of diversity in the sport, and Domenicali acknowledged the key role of the seven-time world champion within F1.

"Lewis is important. First of all, he has an incredible challenge ahead of him: namely to become the first and only driver with eight World Championship titles, so his focus will be on that.

"Of course, he is also actively campaigning against racism and for diversity. It's crucial that he feels comfortable in F1, because that's where he belongs and that's where we and the fans want to see him."

Hamilton and Bottas lift the lid on 'angry' Wolff