As the Audi driver suddenly slowed in the closing stages of the event, he was overhauled by the field but Mercedes' Stoffel Vandoorne lost control and crashed heavily, an incident that triggered the Safety Car and froze positions, with Vergne crossing the checkered flag ahead of the Jaguar Racing duo of Sam Bird and Mitch Evans.

Formula E's 24-car field rolled off the grid behind the Safety Car as race control deemed conditions too damp around the 3.381km street circuit to allow for a standing start.

As the Safety Car peeled off, Mercedes poleman Vandoorne rocketed away with Porsche's André Lotterer in tow.

It was an orderly flow through the first corners but the German lunged down the inside of the Belgian who slammed the door. But with little space to accommodate the two cars, a clash was inevitable. 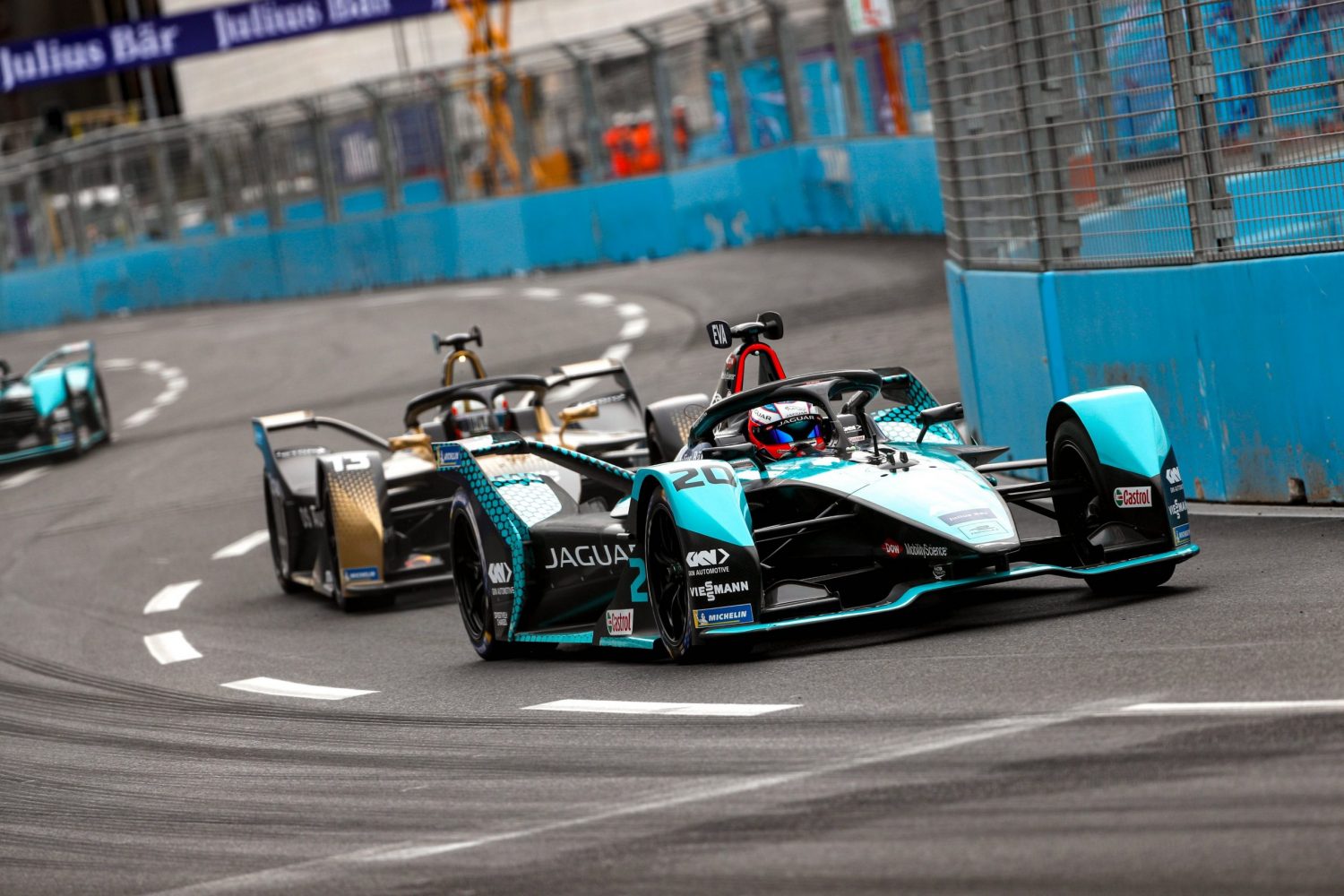 Vandoorne darted down the escape road and fell down the order while Lotterer was left at a standstill, the German eventually getting going again and remaining in the top ten although he would later be handed a five-second time penalty by the stewards for his bold maneuver.

Nissan e-dams' Oliver Rowland assumed the lead but an excess use of power led to a drive-thru penalty for the Briton and to a botched race.

As the commotion subsided, di Grassi took command from DSTecheetah's Vergne and Envision Virgin Racing's Robin Frijns. The Brazilian spiced up proceedings when he activated his attack mode, initially falling back before reclaiming P2 from Frijns.

Mercedes' Nyck de Vries temporarily put himself in contention in P2 but Vergne, who had used both his attack modes before di Grassi, was determined to remain ahead.

But as the race entered its closing stages, the Frenchman succumbed to a spectacular attack from di Grassi. However, heartbreak struck the Audi charger when his car's powertrain suddenly failed.

Despair for the @MercedesEQFE team as both cars collide while trying to avoid a slowing @LucasdiGrassi...

Live timings and how to watch the race 👉 https://t.co/sHOKGxvLZW#RomeEPrix pic.twitter.com/qAEQd705lp

As the field overtook the slowing di Grassi, Vandoorne succeeded in avoiding the Audi but lost control as the Mercedes hit a manhole cover and then smashed into the wall, with De Vries also making contact with his teammate's car.

The race thus ended under the Safety Car, securing Vergne, Bird and Evans' presence on the podium.