The former karting adversaries are two of the sport’s brightest young stars, although Verstappen’s graduation to the pinnacle of motorsport in 2015 provided the Red Bull charger with a head start over his Ferrari rival.

The Dutchman already has eleven wins under his belt and has staked his claim for the world title this season while Leclerc has yet to make the most of a machine worth his undisputable talent.

Russell believes the two drivers will join up at some point and engage in battle at the top of the field, perhaps alongside the Williams hopeful. 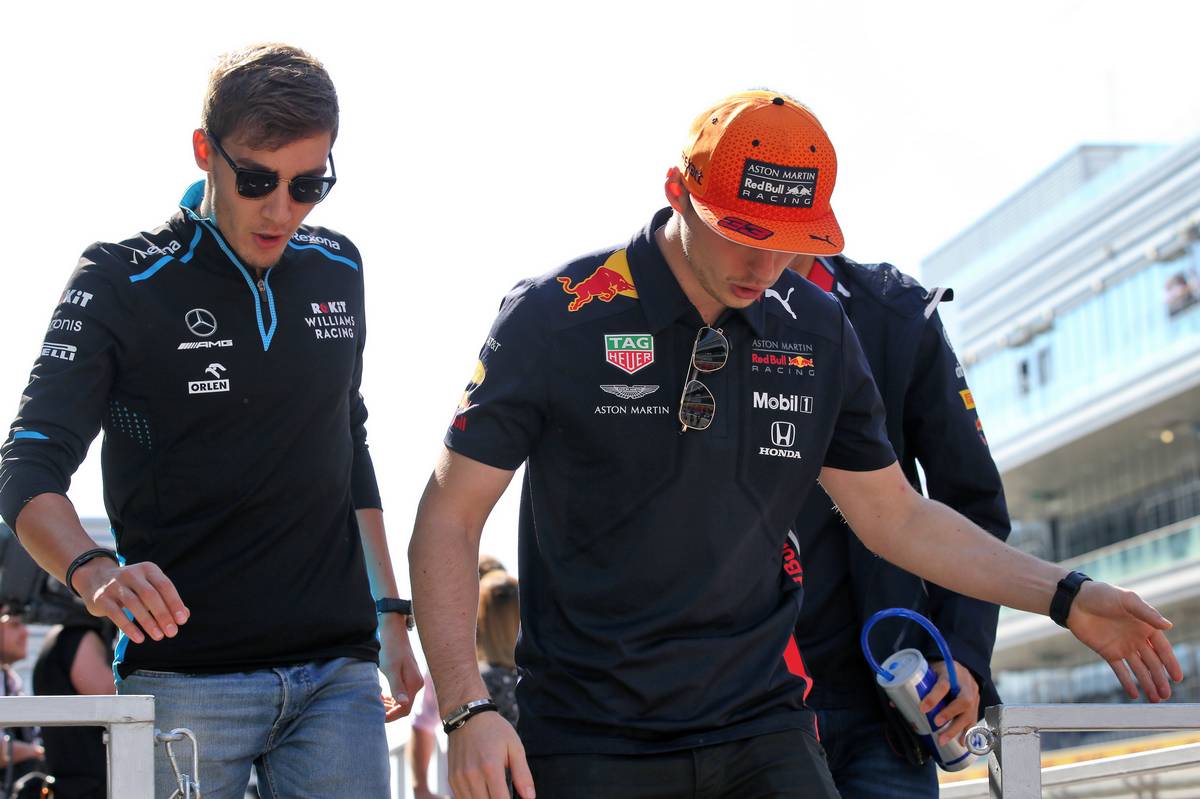 “They’re the two I suspect will be at the top in the future,” Russell told RaceFans.net.

“Max in this past year and a half, two years, has really come into another level, to be honest. I think that has been a factor of firstly being an incredible driver, but being in the same team, just that consistency is something that just naturally comes along.

“Charles is only in his third season now with Ferrari, I still think it takes a bit of time for all of these small updates to be directed in a way that will suit you personally as a driver.

“But they’re both absolutely incredible drivers and they’re going to be able top of this for the coming 10 years.

Russell’s ability to tag on to the duo and generate a massive three-way fight will likely depend on the Briton’s widely expected move to Mercedes next season.

Filling the plum seat with the reigning world champions is a given for most pundits, and the Mercedes protégé is also putting his faith in the German manufacturer.

“Mercedes have always put their faith in me and everything’s been on course,” he explained.

“What will happen for next year? Time will only tell, but they’ve had my back and faith in me since day one and I continue to have my faith in them, that they’ll give me the best opportunity for me to succeed in the future.”

Vettel not being ‘hypocritical’ for promoting sustainability