George Russell says his high-profile Imola crash with Valtteri Bottas won't change his approach to racing, but the incident did teach him to avoid "rash judgments" in the future.

Russell came together with Bottas in the Emilia Romagna GP while battling the Finn for a position among the top-ten.

The Williams driver attempted to overtake his Mercedes counterpart on the high-speed run down to Tamburello, only to put a wheel on the wet grass and spin into his rival, sending both cars heavily into the barrier.

Russell let his emotions get the better of him in the aftermath of the collision, chastising Bottas and blaming him for the run-in before later retracting his criticism and issuing a formal apology the following day. 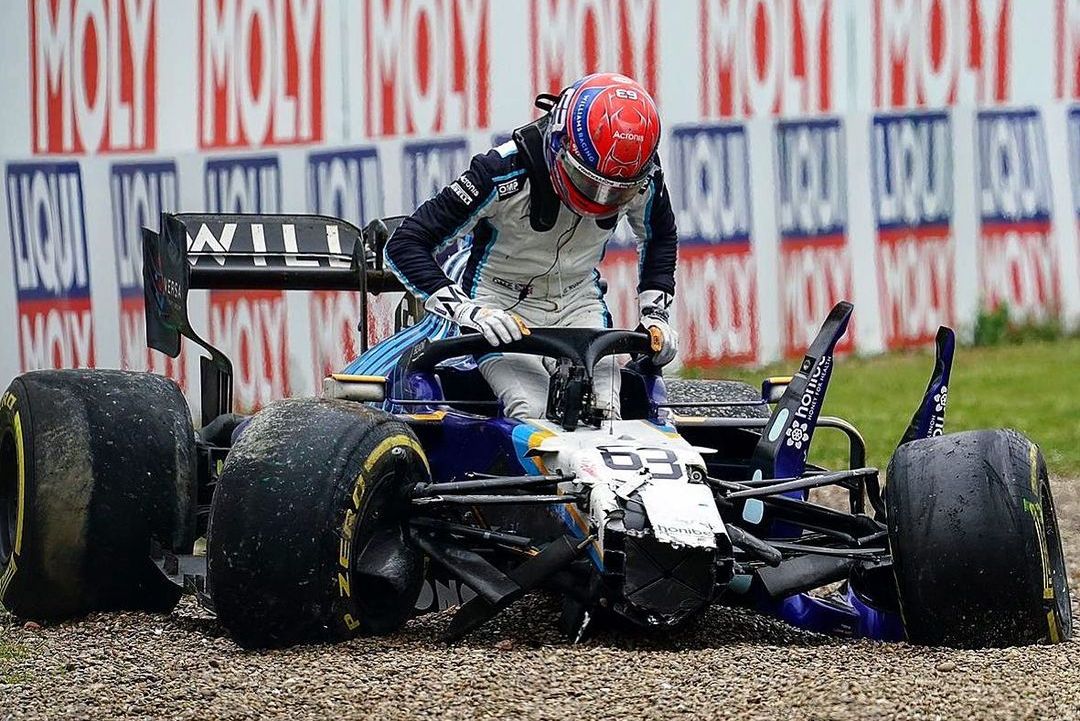 The Mercedes protégé - who is expected to drive for the championship winning team next season - says he failed to take into consideration in the heat of the moment that he was battling a "team-mate or sorts".

"There’s a lot of things I’ve taken away from it," said Russell in an interview with Britain's Channel 4.

"I think firstly, as a racing driver, one of the rules is that you should never crash with a team-mate.

"For me personally, obviously Valtteri is in a different car but I’m a Mercedes-backed driver, I’m in this position because of Mercedes, and Lewis and Valtteri are team-mates to me of sorts.

"I think that’s one thing that didn’t go through my mind in the heat of the moment.

"Secondly, as the stewards deemed it, it was a racing incident, it was unfortunate, but I was just disappointed in myself with how I reacted afterwards. I felt like that wasn’t me.

"I went against my own instincts to walk away from the incident because I wanted to show a bit of emotion. To be honest, my emotions were incredibly high having just crashed at 200mph. So many things ran through my mind."

Russell said the painful experience won't deter him from taking on a rival in the future, but the Briton said that he'll consider "the full picture" in the future.

“It isn’t going to change my racing approach when I’m racing against competitors," he said. "If I see an opportunity, if I see a gap, I’m going to go for it.

"I really need to take the full picture in before giving a rash judgement to the situation, which is what I did and hence why I felt it was important to put an apology out there for the people I felt like I let down with those actions after the race."

McLaren: Plan to switch focus to 2022 car is 'clear and flexible'