While many people in the Monaco paddock admitted to being taken by surprise by the pace of Ferrari in Thursday afternoon's practice session, Lando Norris says he expected the Italian team to be fast this weekend.

“I don’t think the Ferraris are surprising from what we know,” the McLaren driver insisted. "We knew they were going to be very fast.

“Maybe from a spectator point of view, they don’t get to see everything that we see, all the onboards and the data and stuff," he added. "They are looking strong, which isn’t good for us, but we’re doing the best job we can."

Norris revealed that he'd predicted a strong weekend for Ferrari in a text that he'd sent to his former team mate Carlos Sainz, who moved to Maranello from McLaren over the winter.

As for his own performance, Norris was seventh and sixth fastest in morning and afternoon practice respectively. "I think where we were today is where we deserve to be," he admitted later.

“From a performance side of it I was pretty happy with today," he said. "I was comfortable with the car, which is very important around here,

"But we also have some things to improve upon [going] into Saturday to try and gain that little bit more," he admitted. "The car’s not super-easy to drive ... especially [in] the kind of corners where you definitely don’t want to be going over the limits. 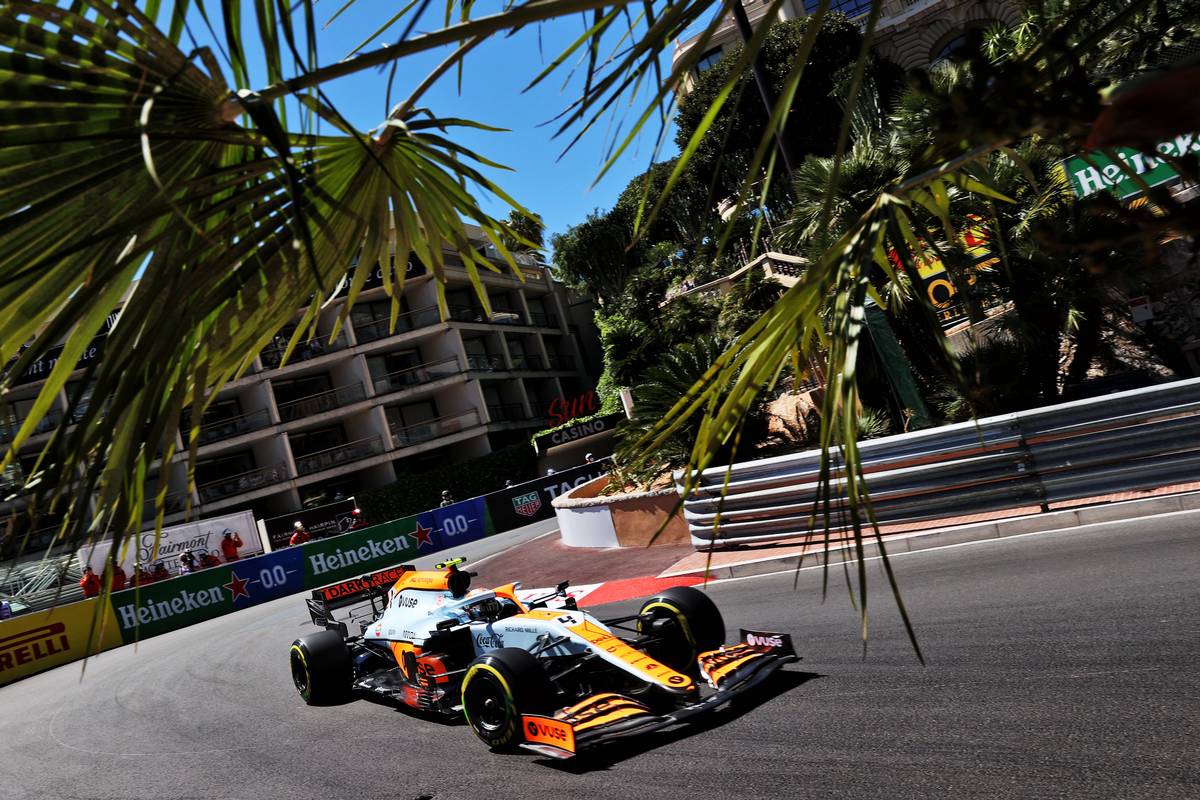 "Over the hill into Turn 3, the car can get a bit nervous sometimes, and it doesn’t give you the best feeling as a driver,” he explained. "{it lacks[ a bit of the confidence on entries to be able to really push on them.

"[That] isn’t super, super-important, but in qualifying when you want to push that little bit more, it’s easy to do it over the limit and lose everything.

"It’s okay, it’s not terrible, and other people look like they’re suffering at the same time with those things, so it’s not just us," he said. "But if we can improve on those things for [qualifying], then we’re looking good.”

Daniel Ricciardo, who replaced Sainz at McLaren at the start of the year and who is a former Monaco GP race winner, struggled on Thursday and was down in 15th place in the times in both FP1 and FP2. 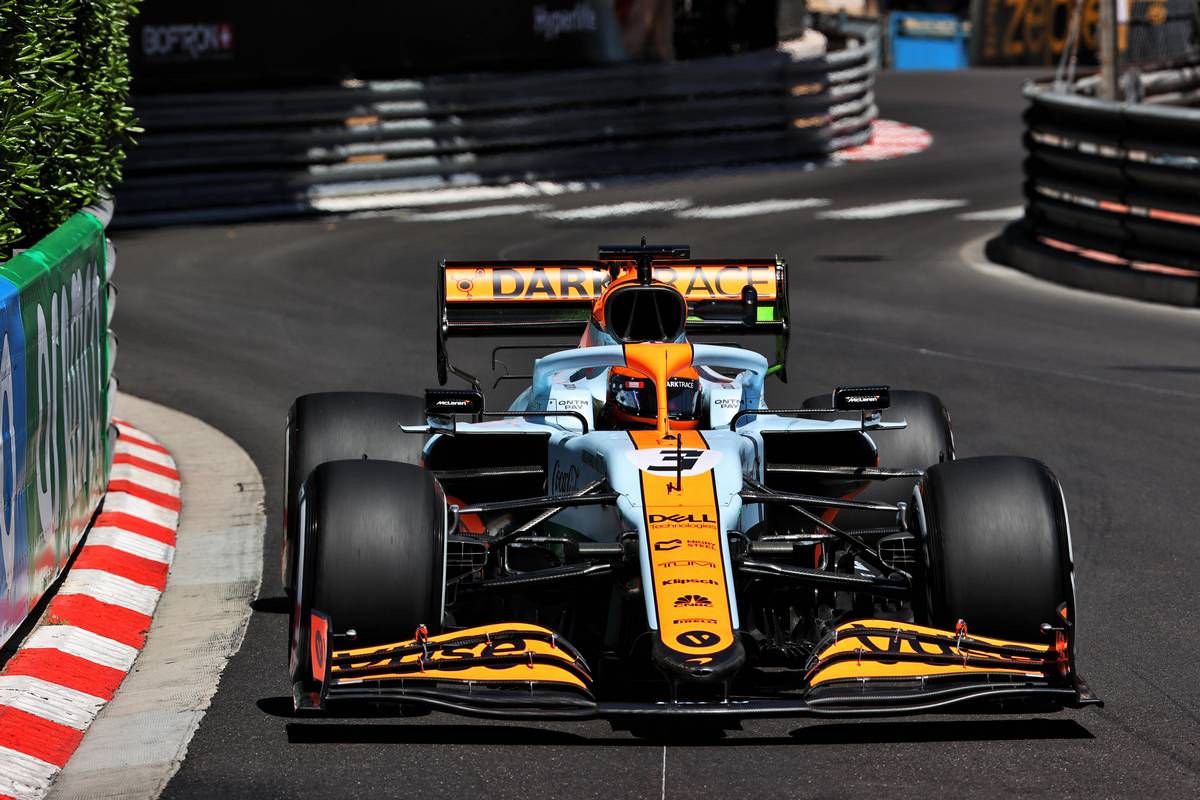 "I felt like I had confidence but it was just not translating to lap time," he sighed. “Honestly, from behind the wheel it was quite frustrating. I would cross the line and be like ‘Yeah, that was probably a decent lap!’ and it was like ‘You’re P12’ or 'P15' or even at one stage 'P17'.

“The second sector was my weakest one, that’s all the low speed really, so it’s a bit surprising I am losing so much there ... It’s more entries, more on car and balance.

"It’s a long way off, actually. There’s a lot of time to find. Luckily we’ve got tomorrow off but right now it’s trying to figure out where all the time is.

"I’ll get into the data, have a look, bring everything down and figure it out," he said. "It feels like it does require a certain style to drive it and if you don’t do that and get it right it just isn’t fast.

"I won’t lie, it's very sensitive. And that’s probably been the frustrating thing."

Teary-eyed Vettel lacked vision in FP2 but happy with pace