Ross Brawn admitted to being impressed by Red Bull's decision to pit Max Verstappen for a second time in the French Grand Prix while the Dutchman was leading the proceedings.

Many believed that Red Bull had done the hard part by pitting Verstappen early and achieving the undercut against race leader Lewis Hamilton, a move that allowed the Dutchman to recoup a lead he had lost to the Mercedes driver after an error on the opening lap.

But well after the race's halfway point, Red Bull pitted Verstappen again, but this time from a position of strength, a decision that ultimately swung the race at Paul Ricard in the Dutchman's favor.

"It’s clear Mercedes were caught out by the potency of the undercut," commented Brawn in his post-race debrief for Formula1.com.

"Clearly what played out in the race didn’t match the numbers. That was the surprise. Then, of course, it was who pulled the trigger first with a possible second stop 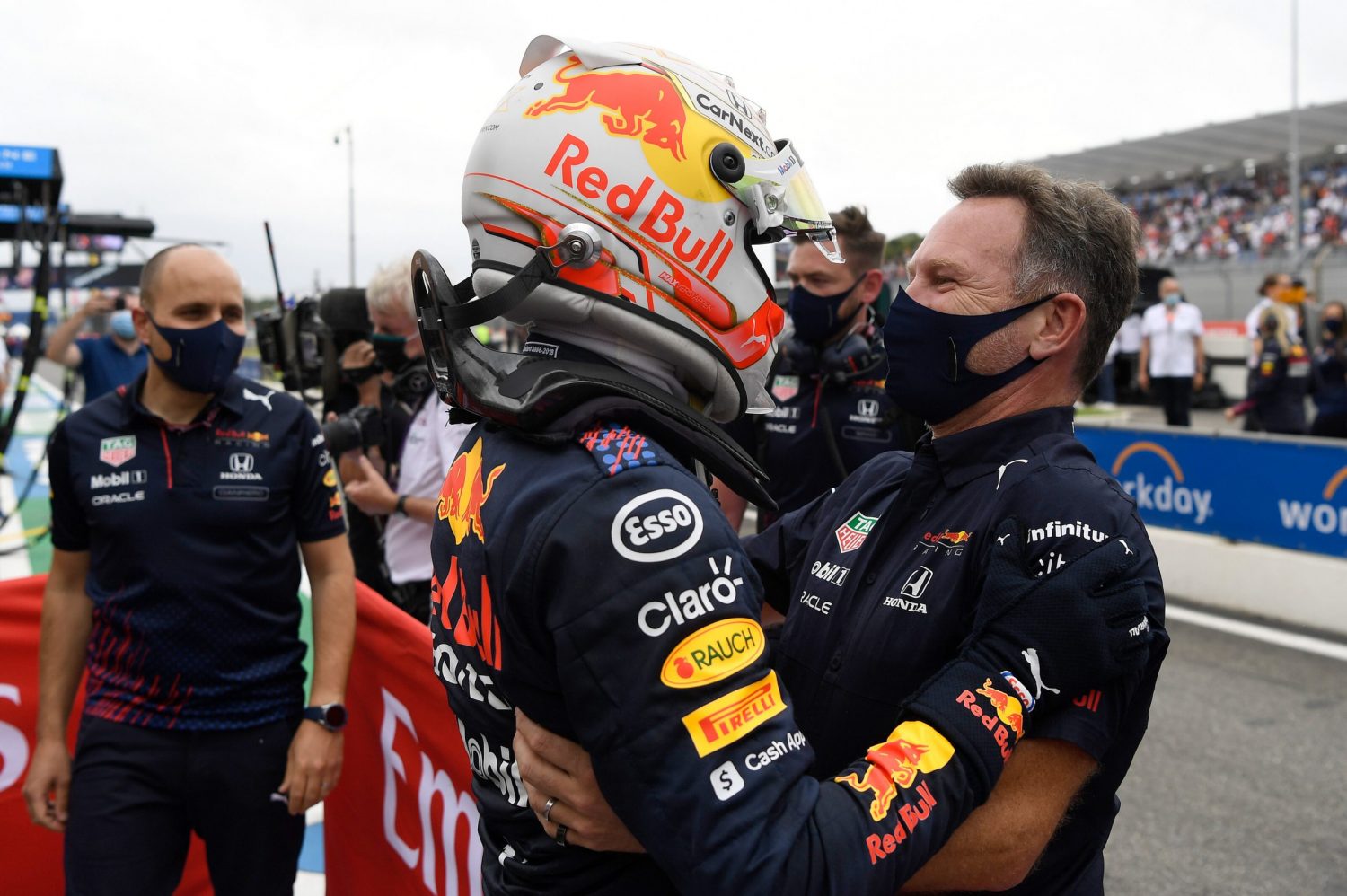 "Once someone pulls the trigger for a second stop, you can’t pit a lap later as it’s too late. You would be beaten. You are then committed to going long.

"It was quite brave from Red Bull to do it from a leading position. But they didn’t want a repeat of Barcelona. It was a really competitive and aggressive approach for Red Bull. And that created a great finish."

While impressed by Red Bull's gusto, Brawn also praised Hamilton's outstanding ability to "eke out" performance from his tyres for the duration of his second stint.

"What Lewis demonstrated was his ability to bring more out of tyres in difficult circumstances compared with Valtteri, who obviously took more life out of the tyres," he added.

"Lewis is a master of eking out performance. I still wasn’t convinced that even five laps from the end, Max was going to do it, so impressive was Lewis on that stint. It could have gone either way."

Brawn said that the current battle between Red and Mercedes highlighted what F1 has been missing in the past few years.

"My wife asked me ‘what would I be doing if I was back on the Mercedes pit wall?’ and I said I‘m glad I’m not on the pit wall. I’m too old and it wouldn’t be good for my blood pressure!" Brawn joked.

"What we are seeing now is a classic championship fight and it makes us realise what we’ve been missing these last few years.

"We’d love a two team fight for the championship, and if we can’t have that, we want two team mates fighting for the title. We have been lacking both of those things since Nico won his championship in 2016.

"So it’s great to seeing a real tooth and nail fight. And it’s being done in a good spirit, between drivers and between teams.

"There’s the normal banter and the technical debates are all part of the landscape of F1."