The action-packed last round of the all-electric series saw two title contenders - Mitch Evans and Edoardo Mortara - eliminated at the outset following a startline crash, while Jake Dennis also crashed into retirement on the race's restart. 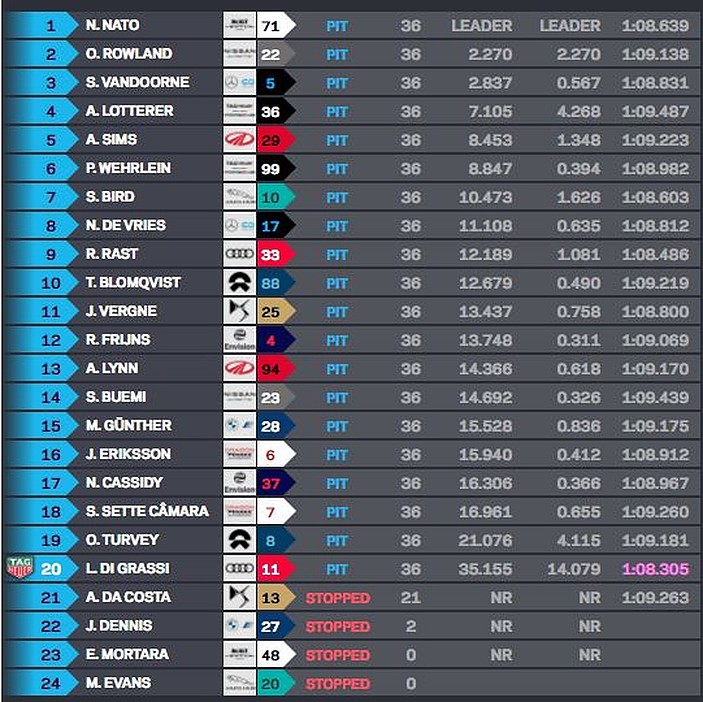 De Vries' Mercedes ally Stoffel Vandoorne lined up on pole for the final round flanked by Dams' Oliver Rowland and with Evans and Mahindra's Alexander Sims forming the second row.

However, when the lights went out at the start, drama unfolded immediately when the Jaguar driver was left stranded on the grid and was hit by Venturi's Mortara.

Despite the nasty impact, both drivers emerged unscathed from the wreck, although Evans and Mortara's title chances had been blown into oblivion.

As the marshals set out to clear the track and the debris, the race was wisely red flagged. 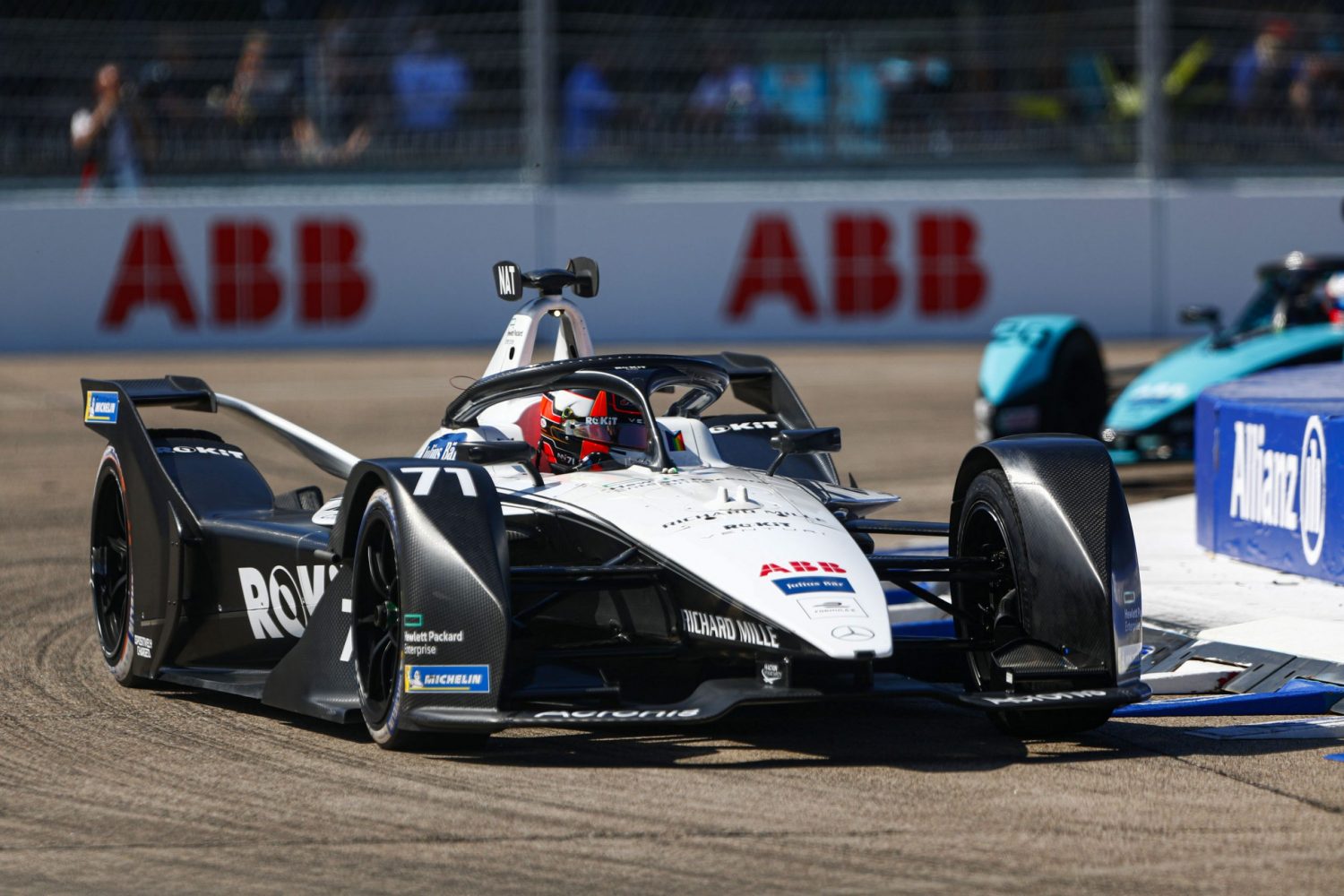 On the re-start, it only took another lap for another championship bidder – BMW's Dennis - to put himself out of contention when the Briton lost it on his own on the approach to the first corner.

The race resumed after a short full-course yellow with Vandoorne in command and followed by Rowland. Nato was the first driver to activate the first of his two four-minute attack modes, the Frenchman moving up to P3 and then into the lead as Vandoorne and Rowland took on their own power boost.

The Venturi charger held his own up ahead as another safety car was deployed with 16 minutes to go following a clash between Saturday's winner Lucas di Grassi and Antonio Felix da Costa.

THIS is what it means to @nyckdevries - emotions running high!

On the restart, Nato was immediately pressured by Rowland and Sims while de Vries progressed to fourth. But the Dutchman's came perilously close to trouble during a scrap with Sims that sent him back down to P7 and into the clutches of Vandoorne, with the Mercedes pair almost making contact.

On a charge, the Belgian used his final attack mode to pass both Porsche drivers and then to snatch third from Sims.

Behind, with two minutes left on the clock, de Vries made a move on Pascal Wehrlein, but the Porsche driver fought back, and a contact ensued, bending de Vries' steering.

The end of the race didn't come at a moment too soon for FE's new champion who crossed the checkered flag P7 while Nato led home Rowland and Vandoorne. 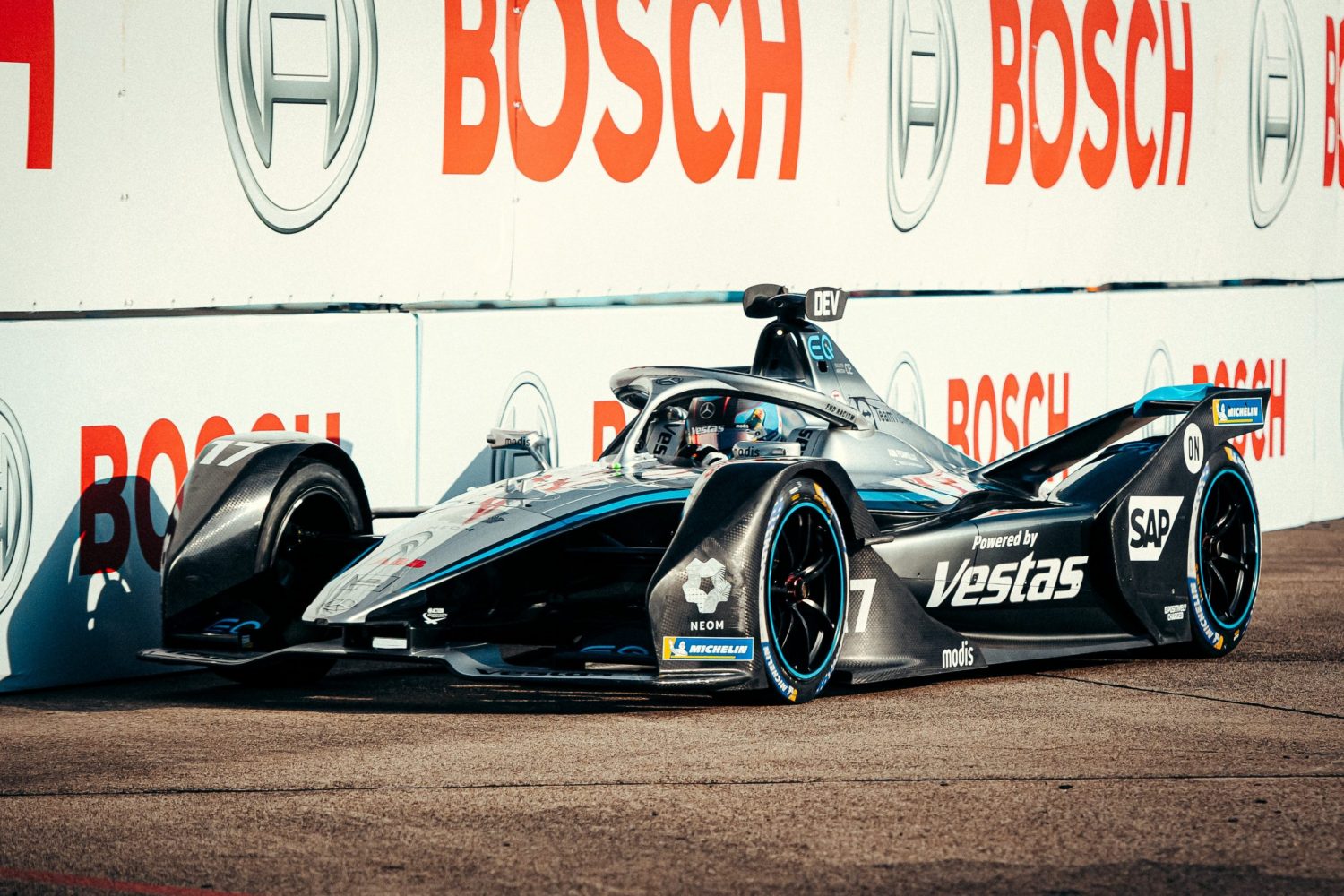 Lundgaard says Indycar debut was 'a hell of an experience'