Red Bull Racing has submitted to the FIA a design study of its own destined to offer safer head-protection.

In the past months, Formula 1 engineers have been working with stress experts to determine a viable canopy solution which could eventually be integrated into the 2017 rules package.

The FIA has been conducting research and testing on various head-protection designs, stepping up its efforts in the wake of Jules Bianchi and Indycar driver Justin Wilson's accidents and subsequent fatal head injuries.

Mercedes has elaborated a 'halo' concept which, although in its first iteration, many feel represents a viable option.

According to Christian Horner, Red Bull has now offered a design which combines glass material and carbon.

"Red Bull is making another submission for a canopy that we believe will be a safer option. It's more of a canopy than a halo. But it needs to be tested, which hopefully can be done very quickly.

"We have a committed a design study on evolving the FIA's theme, and we feel there's a viable solution."

Former F1 driver and Sky Sports consultant Anthony Davidson had the opportunity to test Mercedes' 'halo' concept in the simulator, and expressed no major reservations.

"I did a couple of laps in the simulator with one of the early iterations and it didn't feel too bad for me, I'm used to driving a closed cockpit anyway so I still have way better visibility than driving a full canopy sports car.

"The central support was a mild distraction, in the virtual world at least. I think in reality you will get used to it, just like you get used to a central windscreen wiper being there on a sports car.

"I know it is not directly in front of your face, but it is amazing how you do adapt and get used to things."

GALLERY: First pictures of the FW38

Horner keeping an open mind about future with Renault

Rossi not leaving F1 ambitions behind 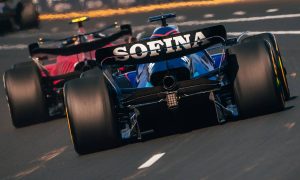 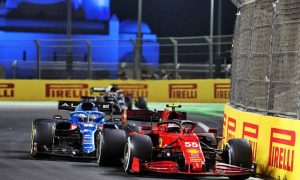