Lando Norris was happy overall with his P4 position in qualifying at Monza although the McLaren driver admitted that finishing just 0.023s adrift from third-placed man Max Verstappen "kind of sucks".

Norris' performance in the late Friday session that has defined the grid order for Saturday's sprint race brought him back among the upper tier of the field after his botched qualifying at Zandvoort last weekend when he clocked in a lowly P13.

The Briton's fastest lap in Q3 was 0.434s off the best time set by pace setter Valtteri Bottas but just 0.006s ahead of McLaren teammate Daniel Ricciardo's best effort.

"I’m happy," said Norris after the session. "We’re in a much better position than the last weekend and I look forward to the race than a lot more as well.

"So a nice weekend to bounce back on, a good position so far.

"Missing out on P3 kind of sucks. I would have loved that little bit more, which I think we had in the car today. But I guess I have to try and do it tomorrow." 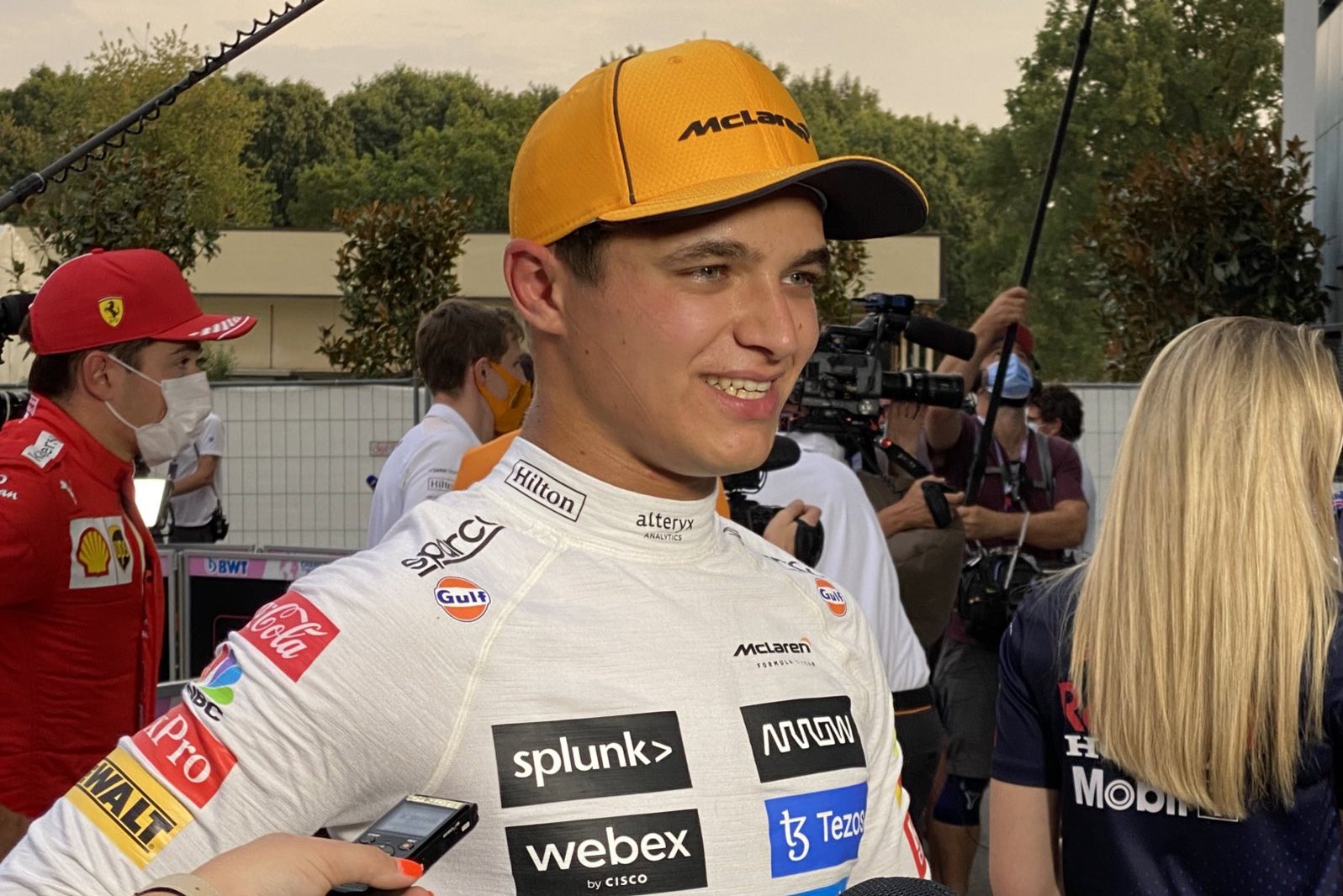 As the day's top midfield contender, Norris noticed the 0.271 gap to AlphaTauri's Pierre Gasly which tells him that McLaren has an edge at Monza over its direct rivals.

"The car, it is nice, and I think that shows in the lap time compared to where we were," he added.

"We have a bit of a gap to Gasly and the rest of the guys we are racing against. So the car is alive, it's working well."

Norris was nevertheless scratching his head over the disparity in McLaren's performance from one track to the other.

"It's just weird, isn't it?" he said. "I find it weird that we can be on one racetrack one-and-a-half seconds almost off pole, off Verstappen, and now I'm quarter of a tenth [behind Verstappen here].

"[It’s] just because of the track and how the car works on different tracks, how the difference and the swing of lap time can be huge.

"We didn't really change that much. But the car has got miles quicker. So it's cool."

Bottas and Hamilton: 'Every point counts' this weekend