Former F1 supremo Bernie Ecclestone has criticized Formula 1's decision to expand its calendar to a record 23 races next year, insisting the move risks "scaring away even the biggest fans".

Grand Prix racing's 2022 schedule is expected to be rubber stamped by the FIA on October 15 following a meeting of the World Motor Sport Council.

However, F1 chief executive Stefano Domenicali has offered a certain amount of insight on next season's agenda which is set to include 23 events condense over 36 weekends.

Domenicali has revealed that the season will kick off mid-March, likely in Bahrain, but will end in November rather than in December as has been the case since 2019.

The early conclusion in understood to have been decided to avoid F1's final event, presumably in Abu Dhabi, overlapping with the FIFA World Cup in Qatar.

"The idea is to make sure there is the right rhythm in the calendar," said Domenicali speaking to Sky Sports. "There are of course considerations to make sure logistically the flow is right.

Few will likely complain about F1 closing the curtain on its campaign in November. However, packing 23 rounds of racing within 36 weekends inevitably suggests more grueling triple headers.

Ecclestone, who oversaw seasons that comprised an average of 18 to 20 races during his final decade at the helm of the sport, believes the sport is running wild and should rein in its calendar of events.

"This is how you scare away even the biggest fans and destroy interest on TV," said the 90-year-old, quoted by Switzerland's Blick.

"Eighteen races are enough. But now, with the unnecessary stress, they are even destroying many families and trampling on their health!"

A compacted schedule featuring triple-headers is an unpopular proposition among almost all team principals, regardless of where their team sits in the pecking order or of how much additional revenue is derived from more races.

McLaren F1 boss Andreas Seidl has expressed his view that an ideal calendar would evolve around a maximum of 20 races, although the German is aware that F1 won't revert to that number next year.

"We have a lot of trust that he [Domenicali] finds the right balance between the commercial interests that we obviously are having as a team, but also in terms of looking after his people, after our people, after you guys [the media] as well, being part of this circus.

"The most important thing is that we are having a good dialogue with F1, especially with Stefano. And I think we just need to wait now until it gets published, what the plans are for next year." 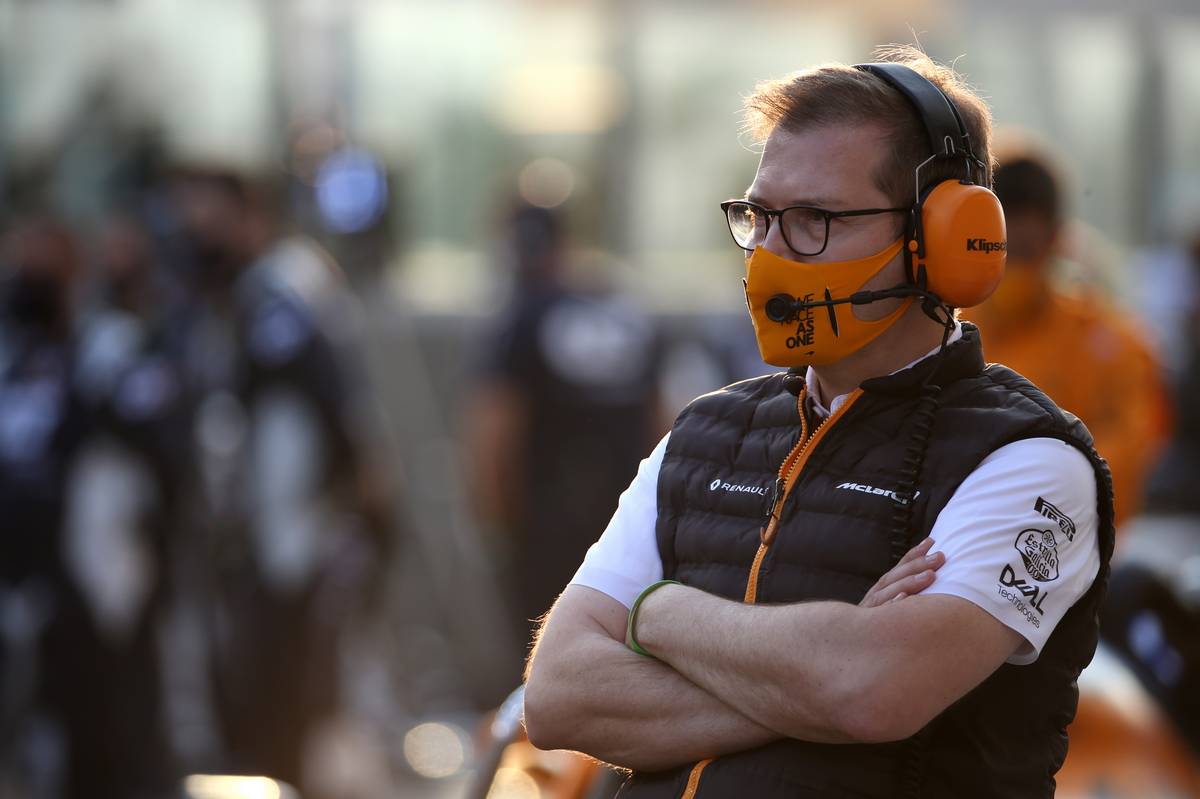 Haas team boss Guenther Steiner, a staunch opponent of triple-headers, acknowledged that teams will need to compose with the cards that shall be dealt by F1, whether they like it or not.

"In the end, if you like it or not, it's part of our job, and we cannot always decide," Steiner said, alluding to the vagaries of the calendar.

"If you compare with people that work in the entertainment industry and in concerts, for these guys it's a continuous triple header because they never go home when a tour starts: it's a six-month tour.

"I know that then it's finished and we keep on going, but I don't know how many there are next year. I'm guessing there will be maybe a few, and we just need to deal with it the best we can, because it's part of our business now."