Max Verstappen is convinced that he is the victim of double standards in F1, insisting that he is being unfairly treated by the FIA stewards compared to his peers.

The Red Bull driver heads into this weekend's season finale in Abu Dhabi tied on points with arch-rival Lewis Hamilton, but with one more race win to his name this season than the Briton which puts him at the top of the standings.

But last weekend's tumultuous round of racing Qatar highlighted once again the Dutchman's uncompromising approach to his job.

Locked in several wheel-to-wheel battles with Hamilton in Jeddah, Verstappen was punished twice.

The Dutchman was hit with a five-second penalty for leaving the track and gaining an unfair advantage, and then handed a ten-second time penalty for "erratic" driving when he purposefully slowed on the back straight to give the leading position back to Hamilton only for the Mercedes driver to ram the back of the Red Bull.

For Verstappen, the sanctions were unwarranted and reflect an unfair bias against him on the part of the stewards.

"The things that I did in terms of defending, two other guys in terms of racing also did, and they didn't even get a mention or a penalty," Verstappen said in Abu Dhabi ahead of this weekend's title decider.

"So I don't understand, because I thought I was just racing hard. What happened for me didn't deserve any penalty, and clearly the other two people who did it, they didn't get one, but clearly it's only me who gets it.

"Of course, fighting at the front, people are a bit more critical I guess, but for me I don't understand."

Verstappen's aggression on the track has been debated at length recently. Sky F1's Martin Brundle, a big fan of the talented Red Bull charger, admitted to being saddened by his on-track tactics, while Ferrari's Charles Leclerc thought that last Sunday's brawl was "over the limit". 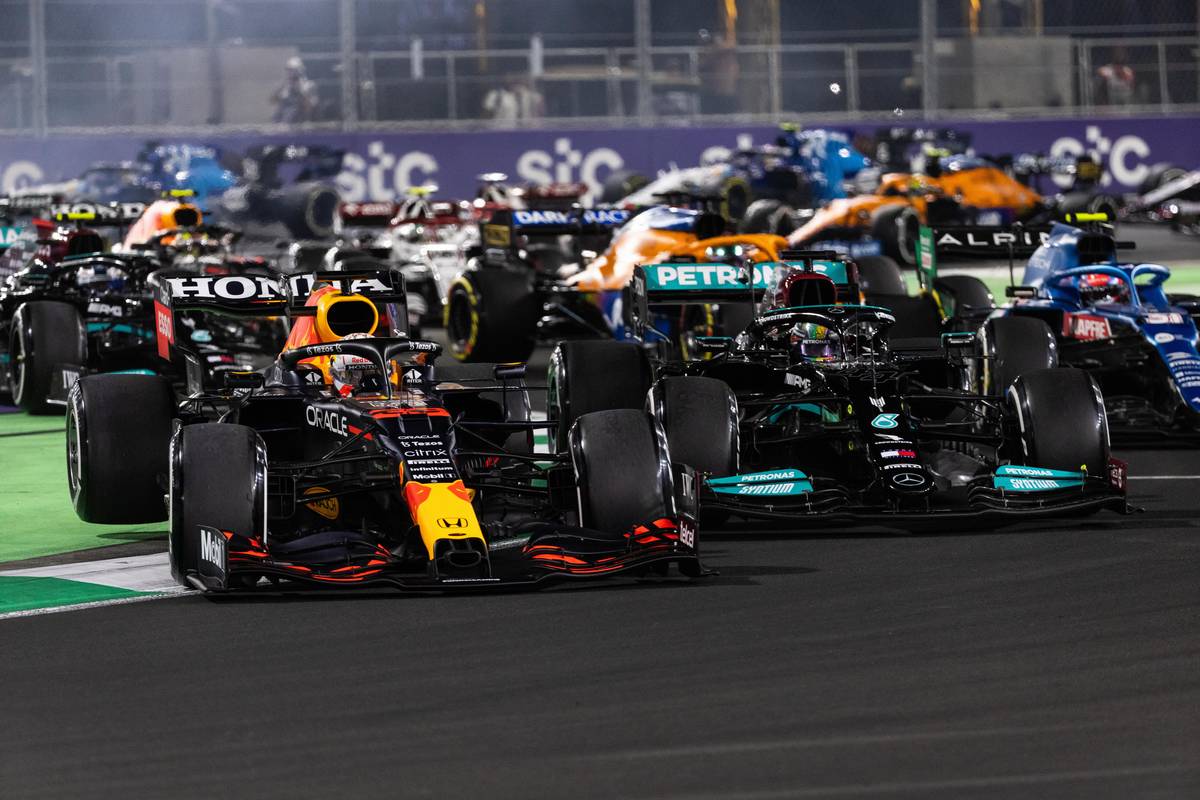 "At the end of the day, criticism, that's always there," Verstappen said. "But I think from my side, what is unfair [is] that I am treated differently to other drivers.

"Clearly other drivers can get away with it, and I can't. I think that's a bit of a problem here."

So, will the 24-year-old change his approach for this weekend's decisive shootout?

"The only thing I ask for is that it's fair for everyone and, clearly, that's not the case at the moment," he said.

"I will do, of course, everything to win and win the championship, ultimately, of course, necessary in terms of points," he concluded.

"I think we’ve raced really well together already the whole year. I think we put on a great show for everyone at the end of the day. So hopefully we can do that again."

Masi lays out the law for Abu Dhabi title contenders

Hamilton and Verstappen 'don't want to see the stewards' on Sunday